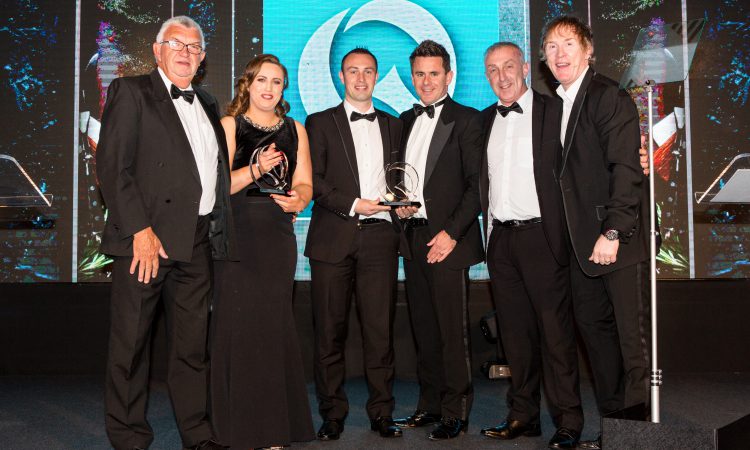 The recent sustained period of rainfall has failed to dampen the success story at Meade Potato Company which won the best vegetables (unprepared) category with its Lidl Deluxe Roosters in the Irish Quality Food and Drink Awards (IQFA).

Its fresh chipped potatoes were also highly commended in the meal accompaniment category.

Farm manager, Conor O’Malley, told AgriLand that the ongoing rain had been very challenging for the production of potatoes and vegetables.

“The week of the National Ploughing Championships was the last spell of decent weather. We have had a couple of good days here and there since then but the ongoing rainfall has made everything very challenging.”

While some potatoes had been dug for long-term storage, certain areas of ground had to be put aside as being too wet, Conor said.

We are just trying to pick our moments but the whole thing gets very inefficient in a situation like this. You’re getting a lot less done with a lot more labour. We’re about three weeks behind where we would like to be.

“Our onions have been lifted since early September, but in general we are just picking and choosing spots which is less than ideal. We are always watching the forecast; the cold can be challenging too. It’s unusual to get such a sustained period of bad weather but we just have to struggle on,” said the farm manager.

Now in its fifth year, IQFA celebrates the ‘best in retail, wholesale and foodservice food and drink products available on the island of Ireland’. The Q logo is a trademark representing the best in quality food and drink.

All products were judged in Limerick over a week-long period by adjudicators charged with finding products that demonstrated exceptional quality. The criteria included: taste; flavour; texture; aroma; ingredients list; innovation and packaging/presentation; aims in the marketplace; price point/value for money; and provenance.

Meade grows its Rooster potatoes in the Boyne Valley, mainly at its farms in Meath and Louth. They are a main crop potato planted in March/April and harvested in September/October.

For the Lidl Deluxe Rooster product, it specially selects potatoes that are within the 50-75mm size range with an excellent skin finish and a dry matter content of over 20%. The floury texture of the Rooster is the most popular with Irish consumers who appreciate the versatility of this variety, according to the company.

The awards success story is a source of pride at Meade.

“We were thrilled to win in such a competitive category. A lot of time and effort goes into growing and picking our Roosters, so it is brilliant to see that commitment to sustained premium quality get rewarded,” said Philip Meade junior, from Meade Potato Company.

“But along with the other Boyne Valley Flavours producers who have won here tonight, I would be remiss if I didn’t give some of the credit to the great growing conditions we have in our valley,” he said.

Woods calls for ‘all schemes’ to take account of weather