In this week’s buildings focus, we visited Pat Rochford in Gortnahoe, Co. Tipperary, who has carried out major renovation work on his farm.

Since 2017, a host of renovations have taken place on the dairy farm to make it more efficient and allow Pat to spend more time with his young family.

When quotas were abolished in 2015, the farm went through an expansion stage. Pat increased milking cow numbers from 60 head up to 90 head.

This increase in cow numbers meant his original calf house was not fit for purpose in terms of size and animal health.

Therefore, instead of building on a new greenfield site, Pat decided to convert the old cubicle shed that was adjoined to the original calf house and renovate it.

There were two cubicle sheds either side of the old calf shed, so I decided to knock one of them and extend the calf house.

“The old calf house was just about able to hold 60 calves. However, the new facilities can hold up to 100 calves with ease.”

The expansion process included renovating the existing herringbone milking parlour and building more accommodation for his cows in 2017.

The final part of the expansion was to build a new calf-rearing facility that could accommodate the increasing number of calves being produced.

The converted shed is split into two sections: the calving area and calf pens; and the old cubicle shed.

“The two things I really wanted were plenty of ventilation and to keep a small part of the old calf shed that included the individual calf pens, which I feel didn’t warrant being knocked down.

“Originally, when I spoke to Thomas Gleeson of Gleeson Steel and Engineering, he wanted to knock the entire shed and start from scratch.

“However, I told him that I wanted to keep some of the existing calf shed and one of the old cubicle houses that I house my weanlings in during the winter.” 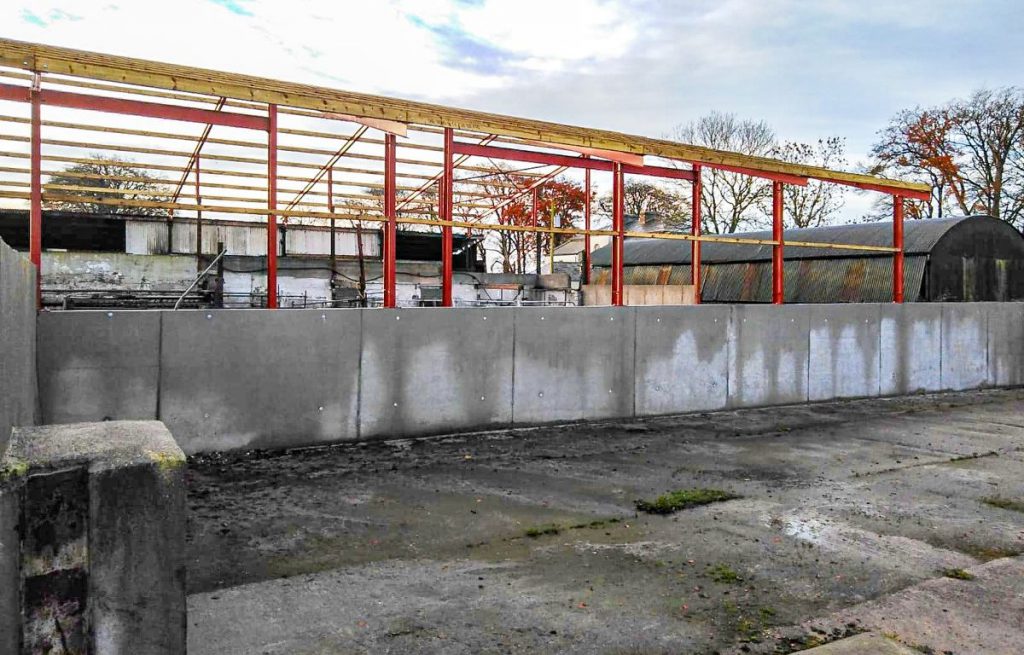 The unit contains 10 pens. There are six pens dedicated to the calves and four pens for the cows when they are ready to calve.

There are four calving pens; the largest of these can hold up to 10 cows. This pen is 6.0m long and 9.0m wide.

The remaining three calving pens – which contain a calving gate – are 4.5m long and 3.0m wide. 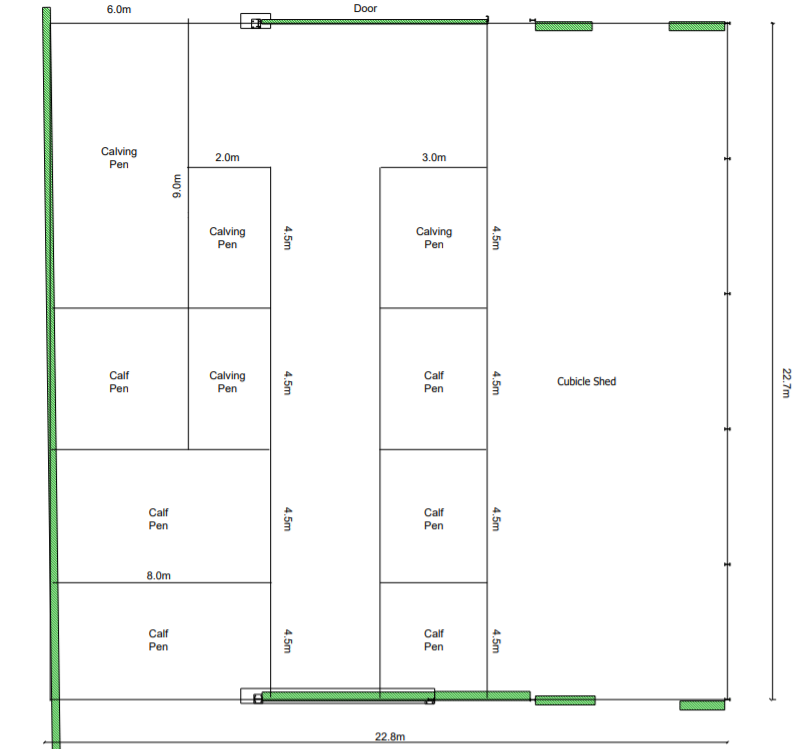 Two elements of the design that Pat wanted from day one was a high roof with good airflow and plenty of access for a tractor to come in and clean out the shed with ease.

Safety was one of the key reasons for the investment along with the need for more calf housing.

The old calf shed was structurally unsound and in need of refurbishment. In the summer of 2018, the roof on the hayshed and the lean-to was taken down. 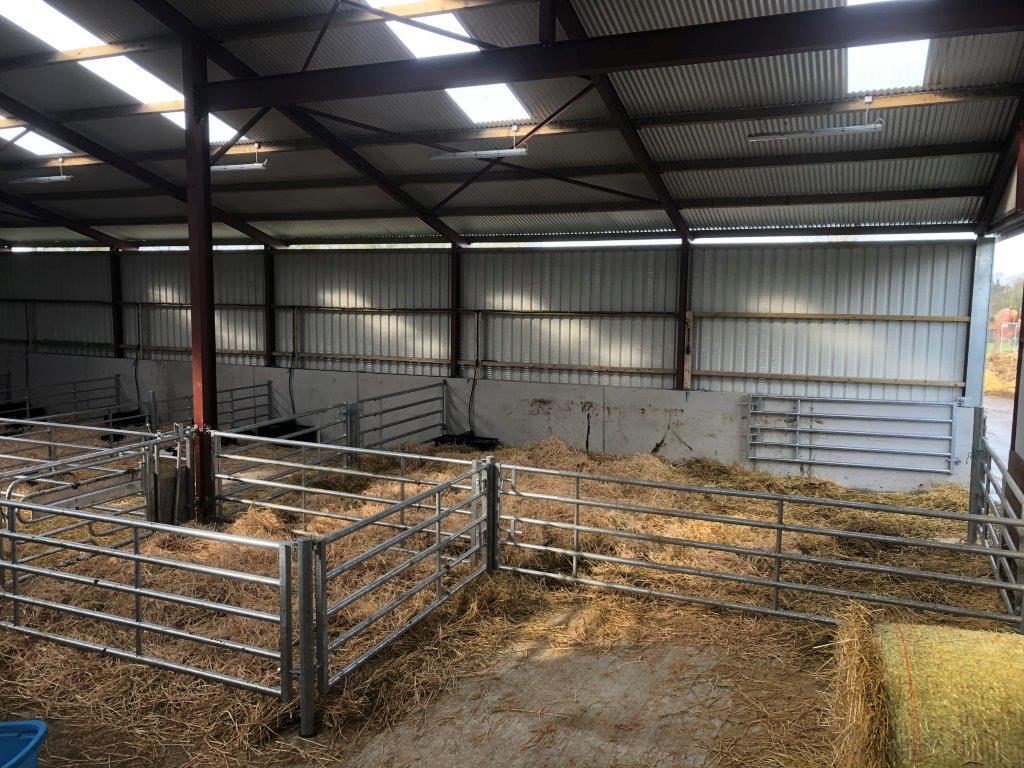 “I was exceptionally tight for space to house my calves and not only that but the old shed was quite clammy and warm.

“When I met Thomas I told him the two things I wanted: a high pitched roof; and plenty of space to move around in the shed.”

There are two sliding doors located at either end of the shed. At one end, cows that are close to calving can enter through the sliding door into the large calving pen.

The cows usually calve in the big pen but, if I need to pull a calf, I can move the cow into the individual calving pen, where the calving gate is.

“The gates are interchangeable, which makes it easy to move cows from pen to pen.

“When the cows calve, I can move the calves into the individual pens before they are moved into the larger pens when they are used to drinking milk.” 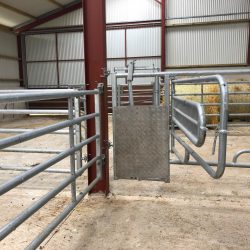 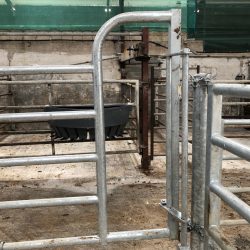 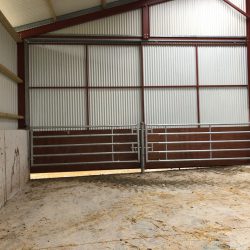 The calving gate can be used between the two calving pens and there is a metal sheeting incorporated onto it to prevent calves from moving between pens.

There are two 5 Bar Man Escape gates installed in the calving pens. This allows Pat quick access to exit the pen and also allows him to take a calf out of the pen without having to open the main gate.

There are heavy and lighter gates installed in the shed. The heavier gates are installed where the cows are housed and the lighter ones where the calves are kept.

Despite deciding to build a new calf house, Pat was adamant that he wanted some of the old calf house incorporated into the new design.

The original calf house was built by Pat’s father back in the 1970s. The design included a calving gate; individual calf pens; and group calf pens.

“Years ago, the passageway would be covered in straw and that was where the cows would calve down before being moved out to the cubicle house that was adjoined to it.”

All of the gates were sourced from Urlingford Mart that closed down back in the 1970s. 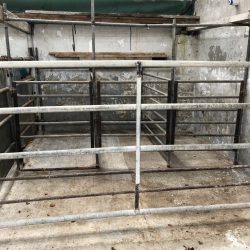 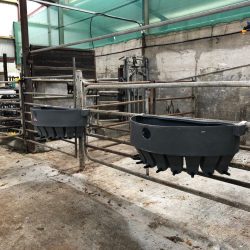 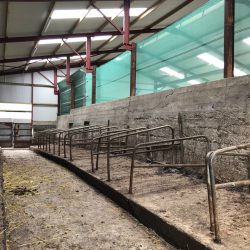 The high pitched roof allows for good airflow throughout the shed. However, Pat had to install windbreakers between the old cubicle shed and the calf house as there was a draught coming through.

“The windbreakers are a great job; there was a strong draught coming through the shed and I was afraid of calves getting chills and pneumonia.”

Above the mass concrete walls around the shed is vent sheeting, which further aids the circulation of airflow throughout the shed.

Another aspect of the design is the inclusion of five clear roof lights for each span of the shed.

One interesting feature of the design in the shed was the installation of a ‘door draught excluder brush’ on the sliding door.

It was only installed on one side of the shed – where the calves are – to keep out the draught that comes through the small gap between the door and the galvanised sheeting.

“The calves tend to lie at the back of the pen and I noticed a draught coming in and I got on to Thomas who got the brush fitted onto the door.” 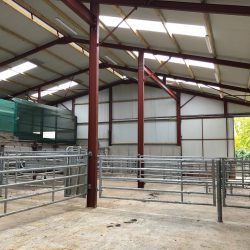 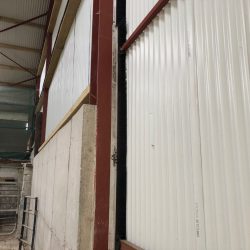 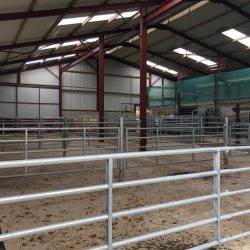 After deciding to build the calf shed on the same site as the previous one, Pat contacted Gleeson Steel and Engineering who designed and erected the build.

The concrete was supplied by Fogarty Concrete and the gates were purchased from Condon Engineering.

The build began in July 2018 and was completed the following December. The overall cost of the build was €70,000 excluding VAT. 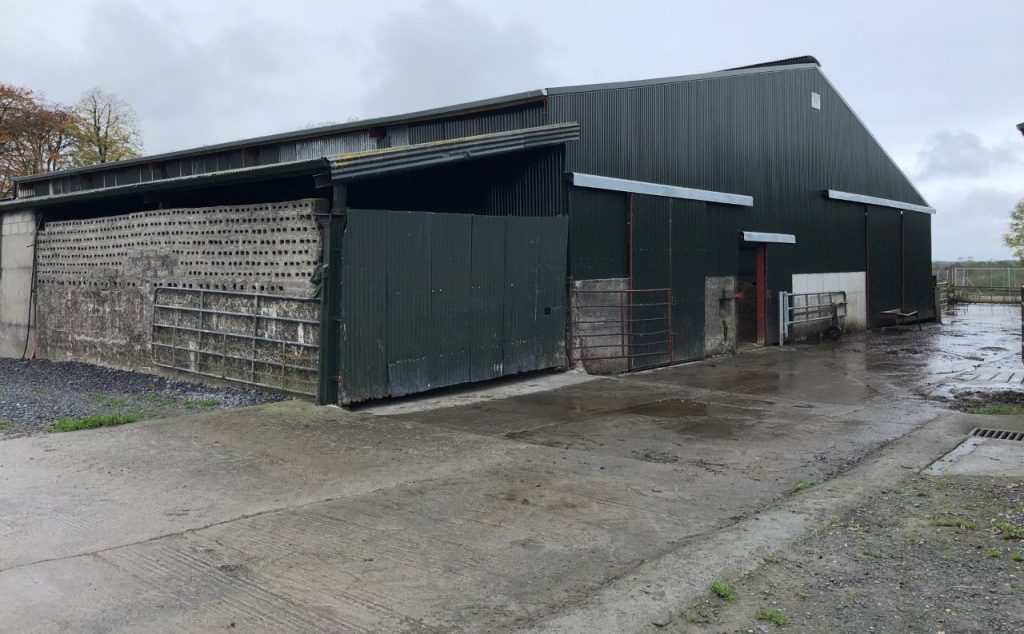 Commenting on the build, Pat said: “I am delighted with how it turned out. The great thing about the shed is that it can be used for a range of different things.

“All the gates and poles can be taken down within a matter of minutes. I can use the shed as storage space after the calving season or if I need to house cattle at some point throughout the year.

“The fact that I can operate machinery in the shed without the fear of having to watch where I am going constantly is a plus, as this was a major issue with the old shed.

When all the gates and poles are taken down I can come in with the tractor and loader and clean out the shed in two hours.

“The fact that I don’t have to get calves out of the shed as quickly as possible at calving time – now that I have the room to house them comfortably – means I have one less thing to worry about come springtime,” Pat concluded.