A farm in New Zealand – which is the demonstration farm for Lincoln University – has managed to reduce its overall nitrogen (N) input by 150kg of N/ha/year; while maintaining the same profitability.

The farm in question is a fully irrigated, 560-cow dairy farm located on the South Island of New Zealand. The herd is a kiwi-cross herd with an average liveweight of 500kg/cow.

The farm is currently stocked at 3.5 cows/ha and the farm tries to maintain milk production between 1,700kg of MS/ha and 1,800kg of MS/ha/year – that is a key performance indicator (KPI) for them.

Ron Pellow, national manager at AgResearch New Zealand, recently spoke at an LIC event where he outlined the study on the Lincoln University dairy farm.

Commenting on how the study came about, he said: “Close by the farm is a shallow lake which is largely degraded due to N leaching – as the soil is relatively free draining.

So, there was great community pressure for us to reduce our environmental footprint; especially our N losses.

“We then decided we needed to reduce our N losses, but maintain profitability.”

In 2011 an objective was set for the farm. This was: It wanted to make sure that its impact on the environment was not getting any bigger as they tried to drive productivity, to drive profitability out of the farm system.

Previously, the farm had run at a stocking rate of 4.2 cows/ha and produced – on average – 400kg of MS/cow.

The stocking rate was then dropped to 3.95 cows/ha – while maintaining that same production per hectare. 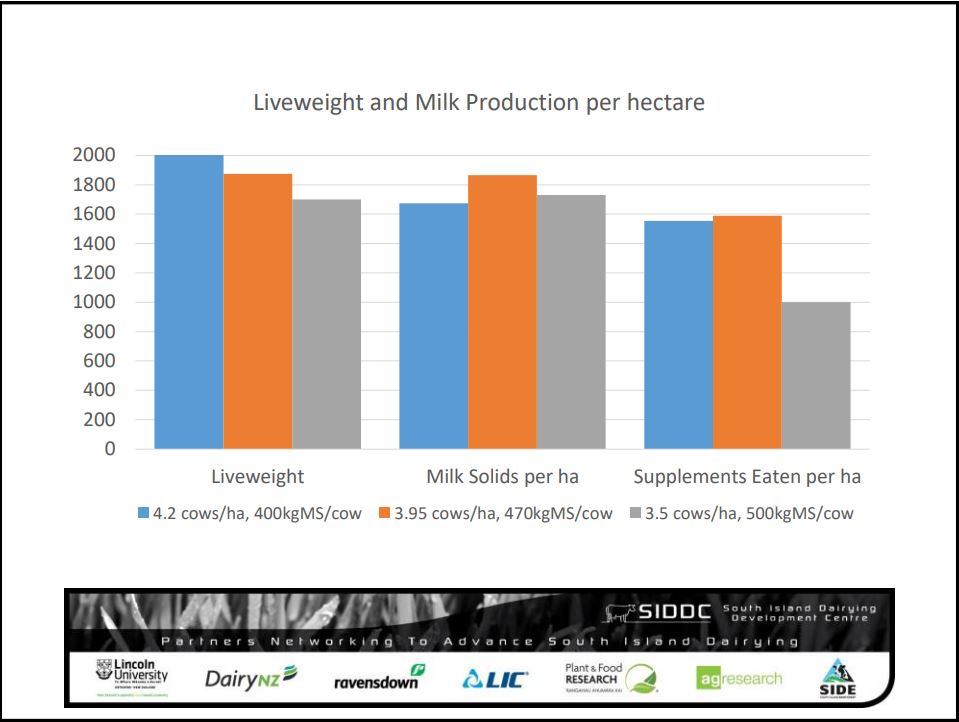 In the past they applied up to 360kg of N/ha/year, but are now operating at about 160kg of N/ha/year. As previously, Ron admitted they felt N was the most limiting factor to grow grass.

We have since learned that we can get the same amount of milk production with about half that amount of fertiliser.

“We now have less cows, less N and less bought-in feed for the same amount of milk production. Our total revenue is about the same. That is where we want to be; that’s efficiency,” said Ron.

How was it reduced?

In the past, they had spread a large amount of N in late winter – which for them is late July – with the hope that “it was going to warm up soon”.

In hindsight, this wasn’t a great idea because the real limiting factor of grass growth in late winter is temperature.

“So, putting on a big hit of N fertiliser, hoping it was going to force it to grow – but it needed more temperature – wasn’t going to work,” said Ron.

This N input has since been omitted. Now less N is put on later and they are still growing the same feed. 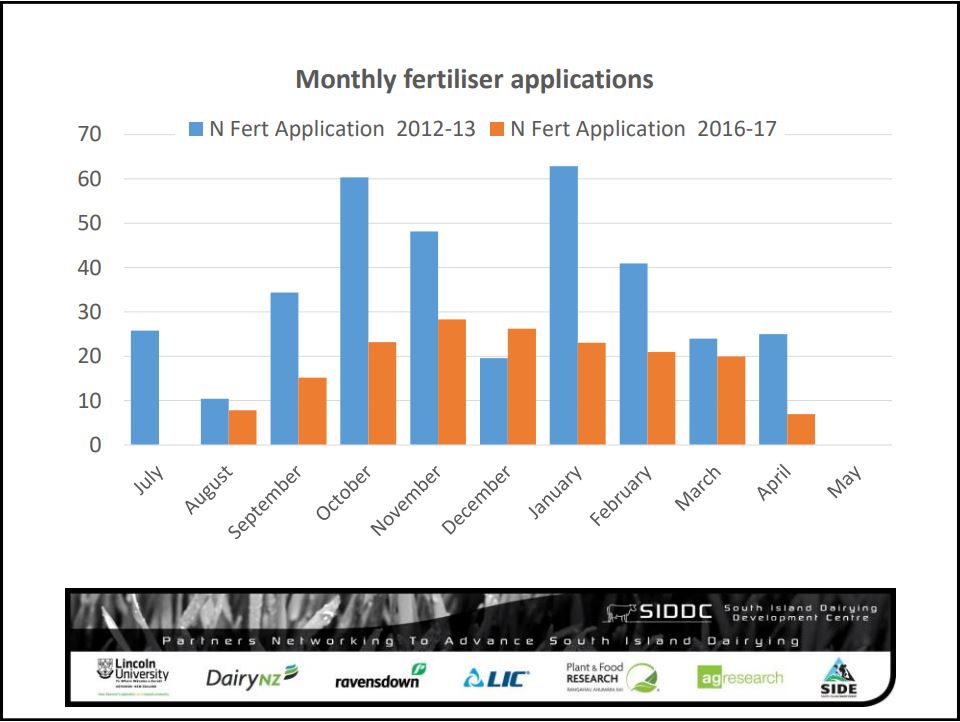 The cows are also being followed with N, but a lower amount is being put on. In addition, the grazing rotation has been increased from about 20 days – through most of the season – to about 24/25 days.

When you put N fertiliser on behind every grazing, on a 20-day rotation that is five applications in 100 days; but on a 25-day round that is four. So, we have taken one application out just like that.

When they back calculate, they think they have switched about 600kg of DM/ha that they used to use to maintain cow numbers, to the lactation of the smaller number of cows. 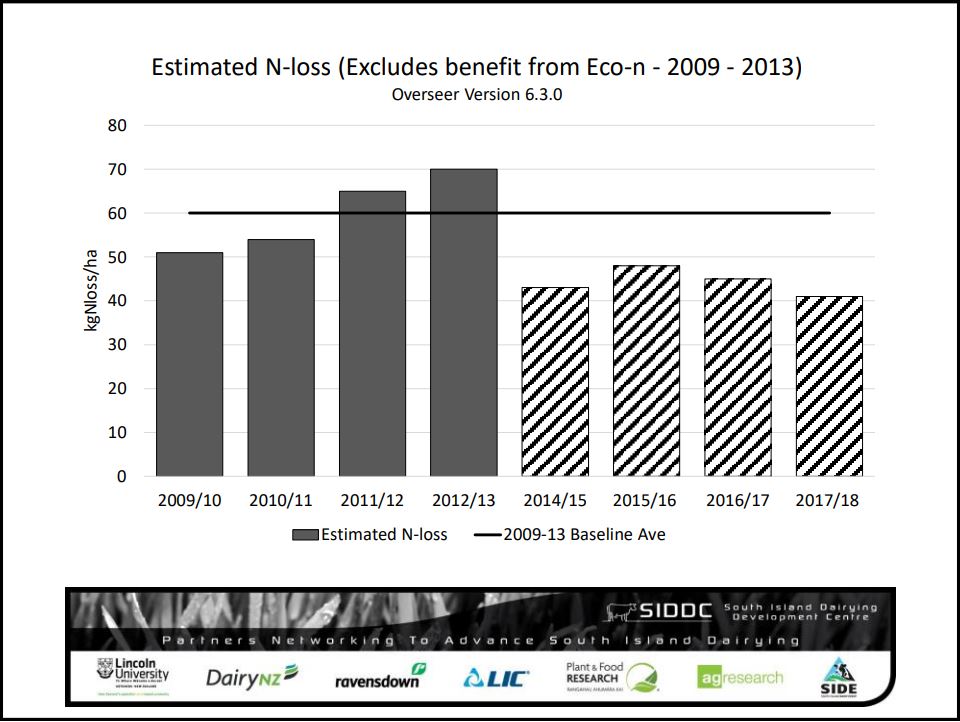 “Since then we have been operating with about 25-30% less N loss coming out of the system, than we had previously in earlier years,” he added.

Moving from 4.2 cows/ha to 3.5 cows/ha, some per cow expenses were omitted from the system, which dropped overall expenses. 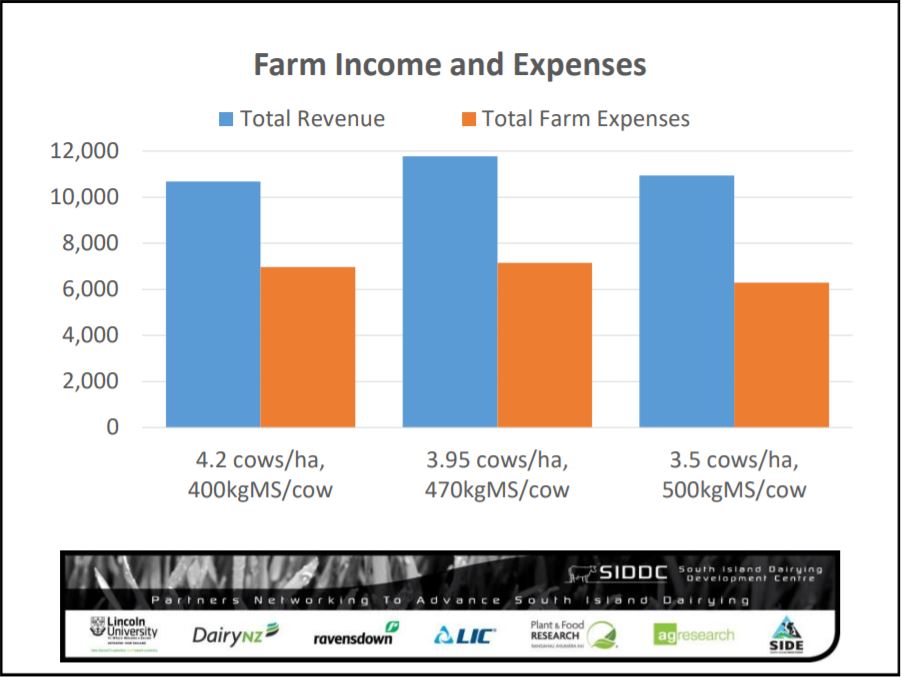 “In turn, our profitability has held with a lower stocking rate and a more efficient system, but we have also reduced out N losses.”

Likewise, on an unirrigated farm in the Waikato region of New Zealand, stocking rate was dropped from 3.2 cows/ha to 2.6 cows/ha with a similar type of change achieved.

“I think we have an opportunity to look at where we can be more efficient in our system with the pasture that we grow; drive more of it into lactation, rather than maintenance of our herd,” concluded Ron.

BSAS conference: What will our future beef farms look like?

Farmers ‘have a number of misunderstandings of UV sunlight risks’

BSAS conference: What will our future beef farms look like?

Farmers ‘have a number of misunderstandings of UV sunlight risks’