Tillage farmers may have a big part to play in reducing the fodder deficit this winter by sowing forage crops and this topic was among the questions asked in a poll posted on AgriLand last week.

Readers were asked: Will you sow forage crops for livestock farmers?

55% of respondents said that they will not sow forage crops for livestock farmers.

Calls on tillage farmers to sow these crops

Browne explained that he was worried about the slow uptake on the fodder production incentive and stated that the Department of Agriculture has allocated €2.75 million to the scheme and it needs to be used.

“Some farmers have sown these crops already, while others have started to talk about sowing in the last few days; they’ve got straw baled and cleared,” Mark stated.

We need to push it on because there is a critical need for this extra fodder. There is going to be a major fodder crises and we as tillage farmers have to do our bit. 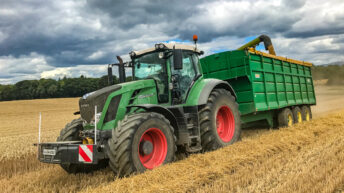