‘Ploughing 2018’: Does SlurryKat have a whole new use for on-farm slurry? 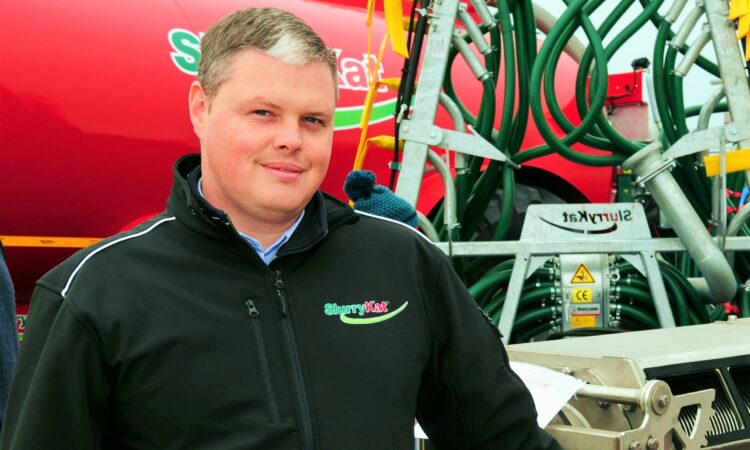 Garth Cairns - the CEO of SlurryKat

‘Green bedding’ systems were pioneered across the Atlantic in the 1990s and are already established on the continent.

With the arrival of a new SlurryKat-supplied unit (pictured below), they may well take a hold here in Ireland too. 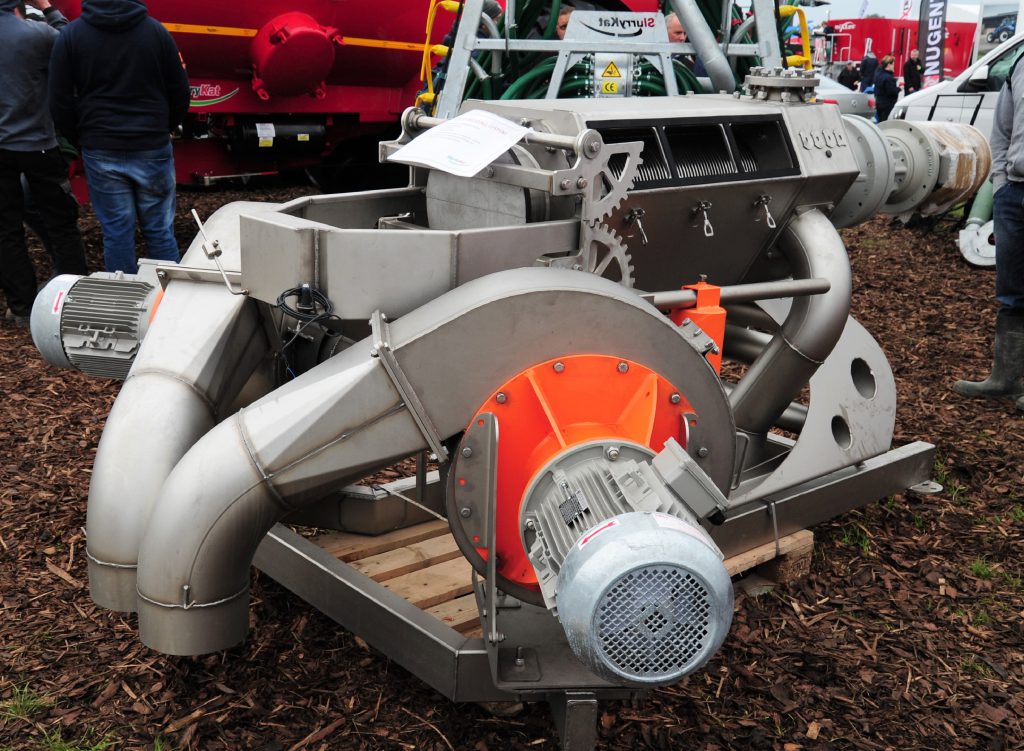 In a nutshell, the idea is to recycle the solid elements of slurry and use it as bedding in cubicle systems.

This may sound like a simple enough process, but many refinements are needed to increase the efficiency of both the extraction process and the properties of the final material.

SlurryKat, of Co. Armagh, has long been an agent for Doda – an engineering company that specialises in handling slurries in both the industrial and agricultural spheres.

Its new green bedding system is available through SlurryKat (which has a unit on display at this week’s National Ploughing Championships in Co. Offaly). 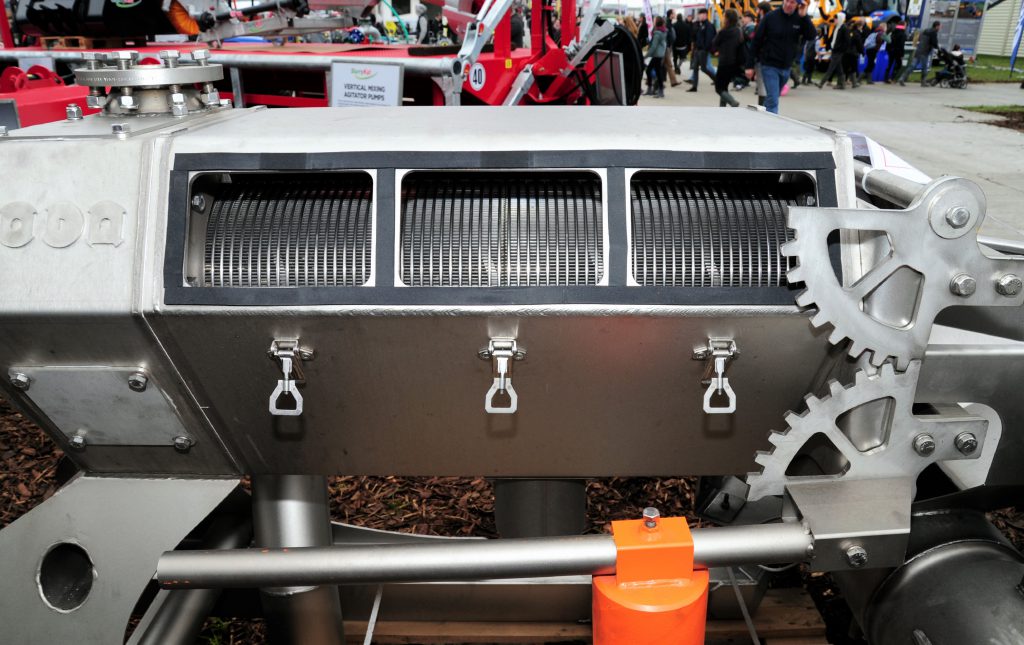 Garth Cairns, the CEO of SlurryKat, explains that the secret behind successful use of slurry revolves around two main factors – high dry matter content and product consistency.

To achieve optimal results, the separator at the heart of this system apparently has “three major advances over competing machines”.

The first is that slurry is pumped into the separator at a constant pressure, as opposed to relying on gravity to feed the screw-chamber. The second is that the back-pressure created by the gates, at the exit of the chamber, is determined by weights rather than springs.

Both of these features are claimed to provide a more predictable result which, in turn, is easier to control. 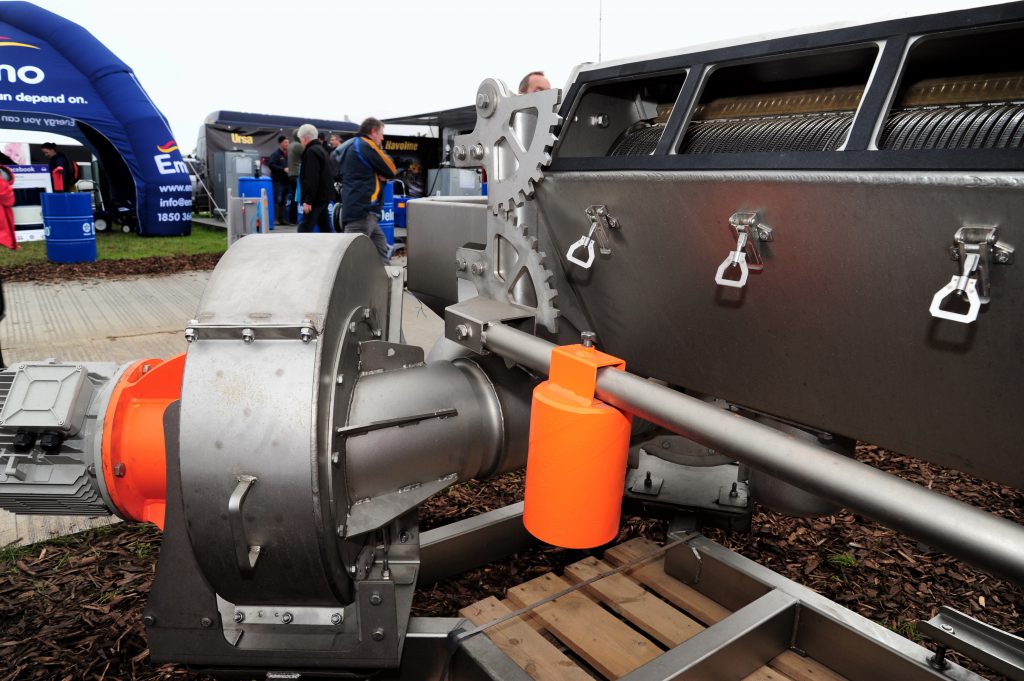 However, the biggest difference is that, having been pressed out of the liquid, the solid elements are then dropped into a trough – from which they are acted on by a pair of centrifugal fans revolving at 6,500rpm. This addition to the process is apparently unique to this particular system.

Just as soon as the particles hit the impeller they expand and ‘fluff up’; this has the twin benefits of increasing dry matter by around 15% and doubling the absorbency, claims Garth.

Pathogens within the original slurry now find themselves in a completely different environment, in which they are unable to multiply.

SlurryKat believes that ‘green bedding’ has many advantages over traditional materials. These include healthier livestock and a reduction in slurry storage requirements, besides the cost saving (in not having to buy in straw or other alternatives).

So confident is Gareth in the SlurryKat/Doda system that should any farmer find another farm slurry separator that does a better job then he is willing to “give them his machine for free”. 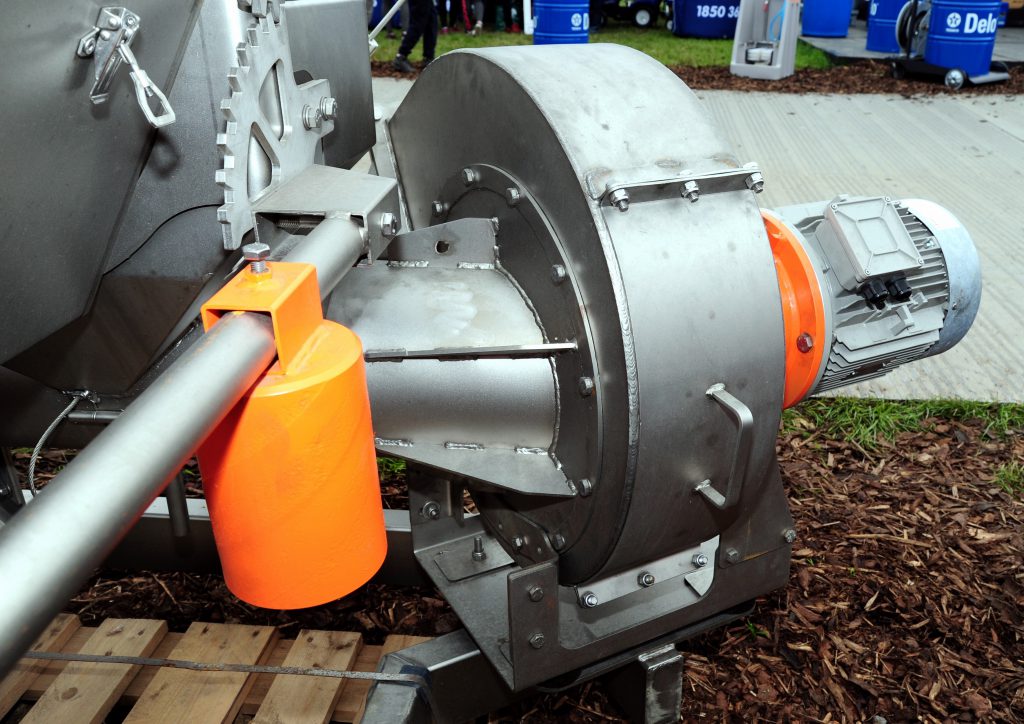 The company recommends that fresh bedding is produced on a daily basis for immediate use, as this best preserves the original qualities of the material. 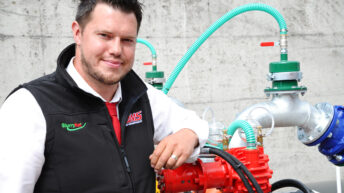