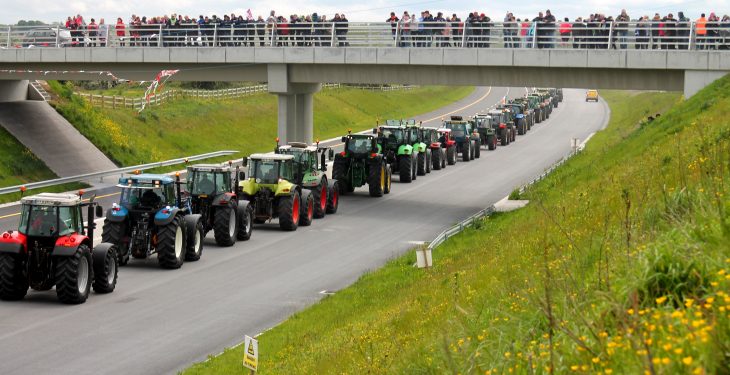 The Connacht Tractor Run, which took place on a new (as yet unopened) motorway last Sunday, May 21, couldn’t have gone better according to the organiser, Barry Stephens. There was reportedly an excellent turnout of tractors at the event with the “best part of 300 tractors” in attendance.

The tractor run was held as part of the Connacht Sheep Shearing Festival which was also a great success, Stephens added.

The run was along the route from Corofin to Tuam, on the new M17 Gort to Tuam motorway which has not officially been opened yet, giving the new motorway a good test run. It is unknown whether the Saw Doctors’ famous ‘N17’ was played for the day that was in it.

The tractor run began at the Corofin GAA pitch at 11:00am. Registration cost €10 per tractor with both vintage and modern machines present – in a wide variety of makes and models.

Hundreds of people turned up for the event, lining the bridges along the route, Stephens said. A new record was set for the largest ever Connacht tractor run, with the once-in-a-lifetime opportunity of a tractor run on a motorway proving to be a big draw.

Although the total money raised is still being counted, a figure in the region of €3,000 was thought to have been amassed in aid of the Corofin Developments project and the community centre located there.

Stephens said: “I would like to thank the three main sponsors of the run, WIP (West of Ireland Plant) (Galway), Safety Direct and Corrib Oil – who were great”.

Stephens elaborated, saying: “The day was a brilliant success; everything went well. I would like to thank all of the tractor drivers who took part and the sponsors.”

Permission was granted for the tractor run to take place on the motorway because the M17 goes through land owned by Stephens.

Stephens explained this before the event, saying: “I built up a good relationship with the [construction] contractors and the guys. It’s the first and last tractor run ever on a motorway.” 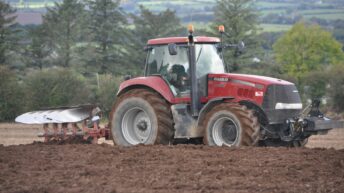 Facts and figures: What tractors and machinery are selling across Europe? 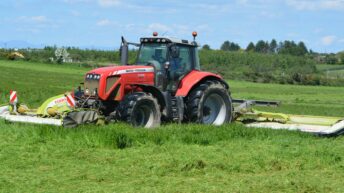