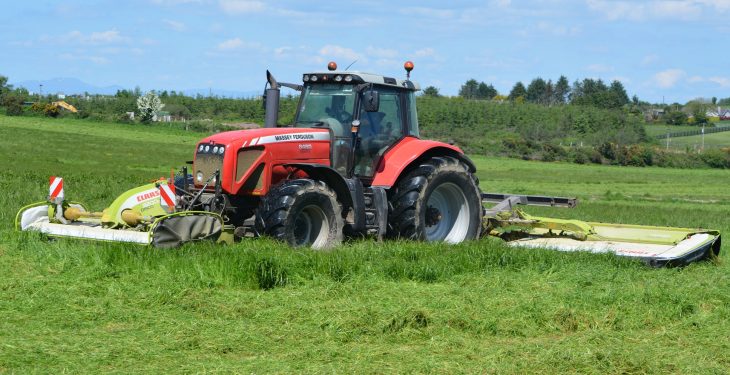 Ever wonder how many tractors of each individual make or brand there are in the Republic of Ireland?

For example, do you want to know how many Massey Ferguson, John Deere or New Holland tractors there are in Ireland? Or, for that matter, how about older now-discontinued brands such as Fiat (Fiatagri) or even Leyland? How many of those are still in active service in the 26 countries.

Here, we seek to answer those questions – and quell some long-standing debates in the process.

This follows on from a report published yesterday morning (May 23) in which we detailed a year-on-year decline in tractor numbers across Ireland, according to figures from the Department of Transport, Tourism and Sport. In that report, we also published a table showing how many tractors there are in each county.

In that article, we also alluded to just some of the brand-by-brand figures. Here, we bring you a more complete picture.

The table below shows the numbers of tractors (by make/brand), based on the numbers licensed for use on Irish roads on December 31, 2016. Again, the data is from the Department of Transport, Tourism and Sport.

The following graph (below) shows the most popular 16 makes/brands – from Massey Ferguson all the way down to Fendt. 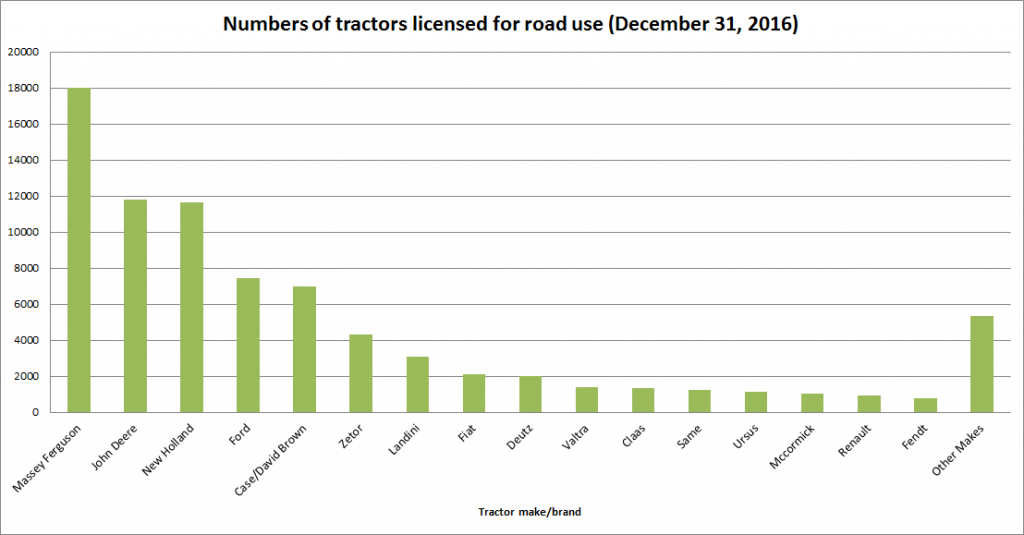 It should be noted that there are some possible anomalies in the data. For example, there are some tractors out there that will not show up in these figures (i.e. those not licensed for road use).

Moreover, due to the make/brand classifications adopted by the department, there is some almost unavoidable confusion, albeit limited in the context of the overall figures.

For example, there are classifications for both Ford and New Holland – as there should be. However, for example, some 40 Series models might arguably be classed as either Fords or New Holland – or both. Is this data accurate?

Also unusual is the legacy situation, whereby Case IH’s founding brands are still split up into Case/David Brown and International. While OK for older tractors, where do more recent Case IH models go? One would presume they go into the Case/David Brown folder (and the numbers evident from the table would appear to back that up). However, is it possible that some recent Case IH tractors have found their way into the International list?

Also sparking interest is the inclusion of Manitou, with its figure of 81. Surely this refers to telescopic handlers – rather than tractors. There are categories for ‘small dumpers & forklift trucks‘, ‘excavators, trench diggers, etc‘, ‘mobile machines‘ and so on – to cater for vehicles other than tractors.

The ‘other makes‘ category accounts for 852 tractors. One can only wonder what oddities reside there, given that the list of makes/brands appears to be quite comprehensive.

The ‘make unspecified‘ category contains 761 tractors. Again, one can only ponder what surprises lurk within.

Putting all of that to one side, the data indicates that, out of a total of 79,871 agricultural tractors in the country as of December 31, 2016, the most popular make of tractor is Massey Ferguson with 18,021 units. While Massey Ferguson is still a vibrant seller, the huge population of such tractors is a credit to the brand’s long-enduring presence in Ireland – over very many decades.

This is followed by John Deere (11,821 tractors) in second. The John Deere figure is significant, because the brand really only came of age here in Ireland in the 1980s and 1990s. John Deere tractors were relatively rare here, for example, during the 1970s.

The advent of SG2-cabbed 40 and 50 Series models brought increased sales, but it was the move to the full-frame 6000 and 7000 Series models that really boosted popularity. Since then, John Deere has become one of the enduring market leaders (in sales terms).

The Zetor population stands at 4,336 units. It probably was higher in the past; some older tractors have likely been exported back to Eastern Europe since then.

While Zetor is still a significant player in the Irish market, it was once the top seller. Older readers might remember the big sales promotions run by Dublin-based Motokov at the National Ploughing Championships in the 1990s, whereby new tractors were literally sold off the stand in big numbers. 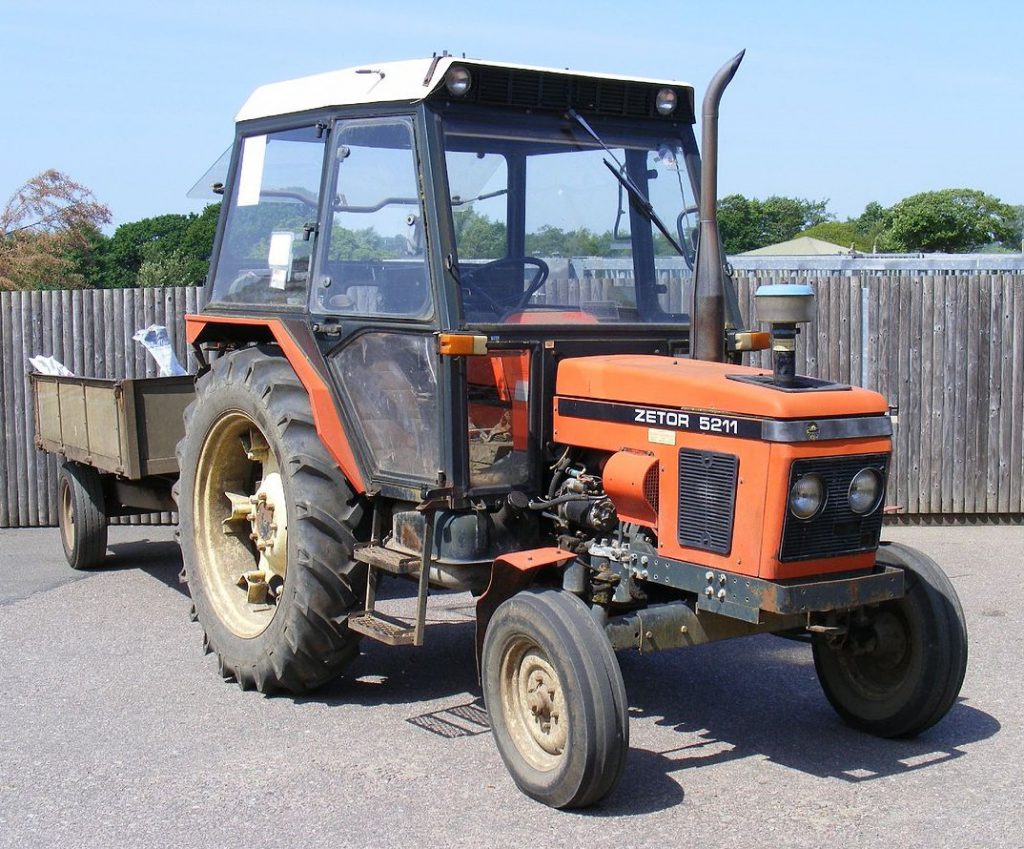 Landini is next up – at 3,081 units. Importer D&S Machinery sold very significant numbers of these tractors over several decades. They have proven especially popular with livestock farmers, though an appreciable number earn their keep at contracting and tillage duties too.

The Fiat (encompassing Fiatagri, of course) tally sits at just 2,124 – somewhat surprising perhaps given the volumes that were sold. The 90 Series, in particular, was especially popular with Irish operators. The later F/Winner Series didn’t catch on to quite the same extent.

Deutz (presumably including Deutz-Fahr) is the only other brand to have over 2,000 active units on the department’s database. According to the licensing figures, there are 2,031 such tractors in the 26 counties. 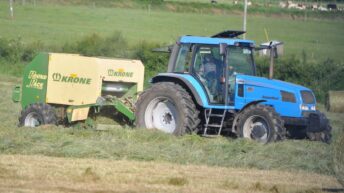