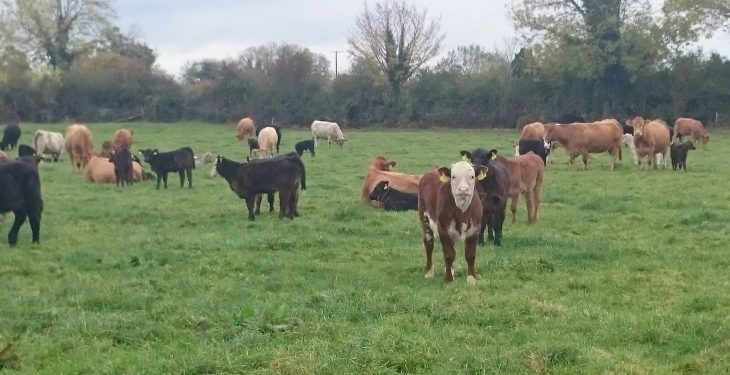 Since then he has adapted his 96ha farm outside Clonbulloge, Co. Offaly to match the performance previously seen under his conventional production system.

As part of the Teagasc and Department of Agriculture series of Organic Demonstration Farm Walks, the Co. Offaly farmer opened the gates of his farm to over 40 farmers on Wednesday.

Speaking at the farm walk, Gill discussed the changes that have been made on his farm over the past two years and his reasons for switching to organic beef production.

Reasons for switching to organic beef

Gill explained to the crowds in attendance that after careful consideration and attending a Teagasc Introduction to Organic Production course he decided to take up the organic option.

He said that sustainability is key to his production system and with the exception of straw, he plans to source everything from within the farmgate in the coming years.

“Organic farming pushes you to be the most efficient you can be and to get the most of your farm,” he said.

Video: Take a closer look at the store steers on Gill’s farm

Prior to entering the organic conversion process, Gill had operated a mixed spring and autumn calving herd consisting of 80 cows.

But since the conversion, he has focused on autumn only calving as this allows him to wean the calves in the spring and to make the best use of grass in a leader-follower system. 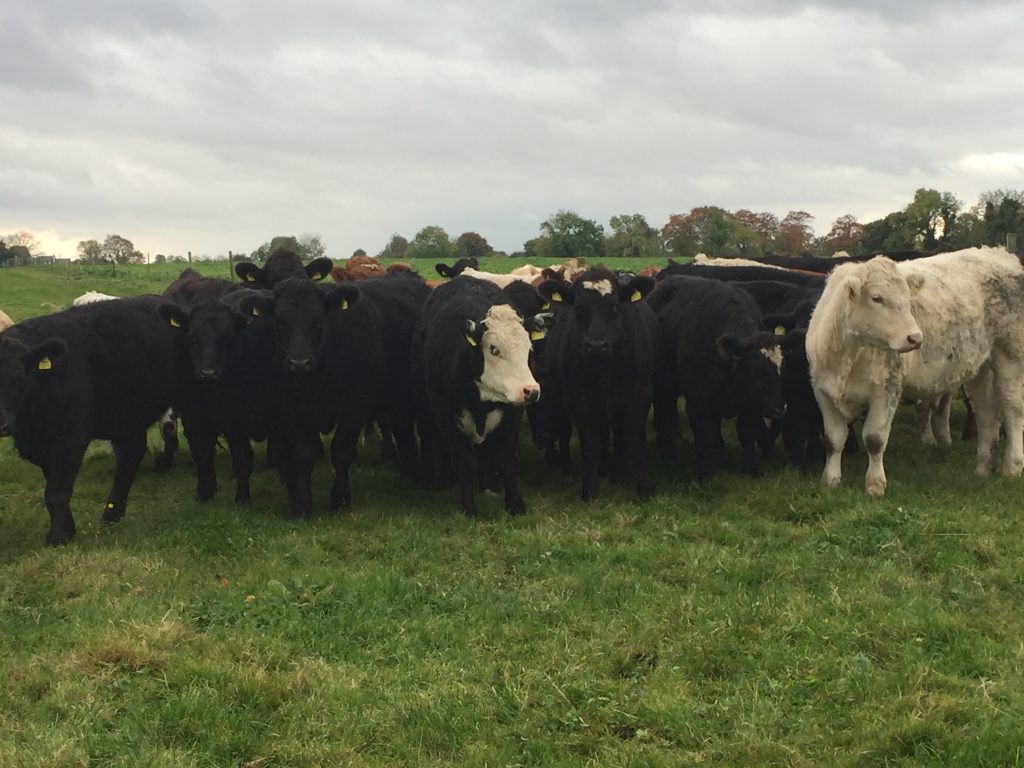 To make the transition to organic farming as stress-free as possible, Gill made the decision to cut back stock numbers on his farm.

In 2015, the suckler-to-beef operation had 60 calvings made up of a mixture of mainly Limousin cows and heifers.

Moving forward, he said, there are plans in place to calve 70 cows on an annual basis, with all of the calves, with the exception of replacement heifers, brought to market through the Good Herdsmen slaughter facility in Cahir.

Despite the fall in cow numbers, Gill stressed that the premium achieved from organic beef combined with the lower input costs of organic farming will more than compensate for the 10 fewer cows on farm.

In 2016, 79 cattle have been slaughtered on the farm, consisting of a mixture of steers and heifers, with the majority of both these animals killing out as R grade carcasses.

A move to forage and red clover crops

Gill is certified as an organic farmer under the Organic Trust and since making the switch to organic farming two years ago, the use of red clover silage and fodder crops have become increasingly important on his farm.

A further 6ha of red clover/perennial ryegrass silage was sown this year.

He explained that he is happy with the performance of his stock from the resulting silage, which has a DMD ranging from 67-71% and protein content of 13-15%.

The farm has also focused on growing forage crops on his farm and over the last two years he has grown 6ha of rape, kale and a stubble mix.

He said that this crop is beneficial as it allows him to out-winter steers during the month of November and December, when the farm would usually be under pressure for housing space. 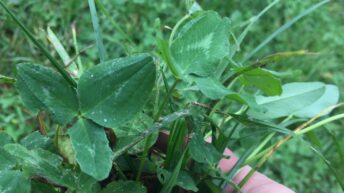