Brothers Mervyn and George Sunderland operate a mixed farm on the outskirts of Redcross, Co. Wicklow and they grow 60-70 acres of forage crops each year.

Along with beef and tillage enterprises, the Sunderlands have a flock of ewes and finish close on 5,000 store lambs on an annual basis – last year the brothers finished 4,800 lambs.

Approximately 1,200-1,400 of these lambs come from their own ewe flock, while the remainder are bought in as stores, for further feeding, from various marts around the country.

As part of a farm walk organised by the ICSA and supported by Quinns of Baltinglass, close on 40 farmers were given the opportunity to see the role forage crops play on the Sunderland’s sheep enterprise. 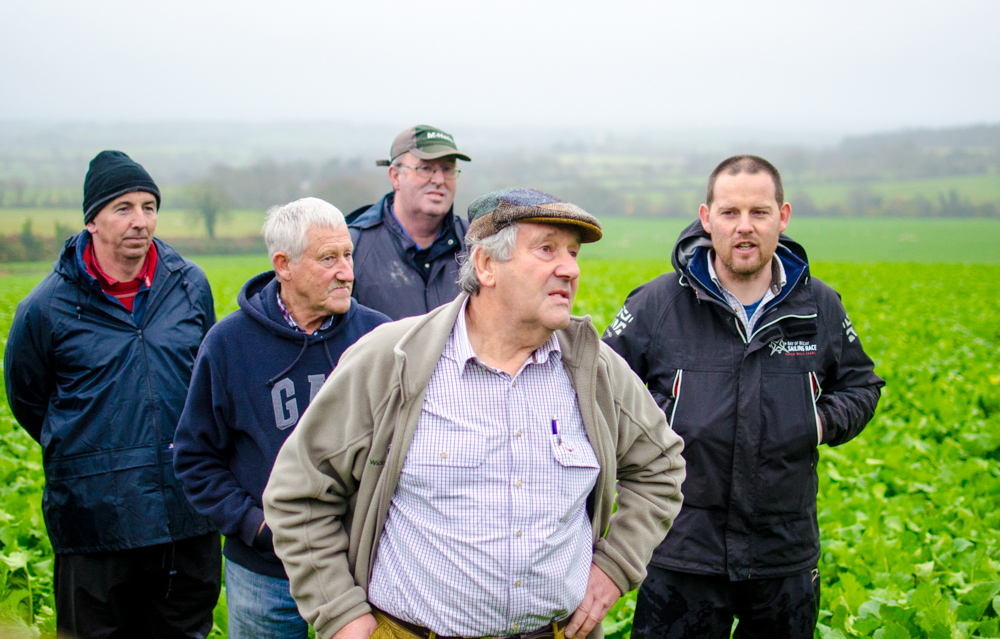 Mervyn told the farmers in attendance that the farm has been growing forage crops since the 1950’s and he highlighted the important role soil fertility plays in getting the most from these crops.

Last year, stubble turnips played a key role in the operation, while a leafy turnip and forage rape mixture has been grown this year as part of the GLAS scheme.

The Sunderlands grow between 60-70ac of forage crops on an annual basis and in 2015 the brothers finished 4,800 lambs on a forage crop and ad-lib meal diet.

Mervyn explained that the crops play a key role in starting the lambs off on ad-lib concentrate diets, as some of the mountain type lambs purchased can be slow to start eating meals. 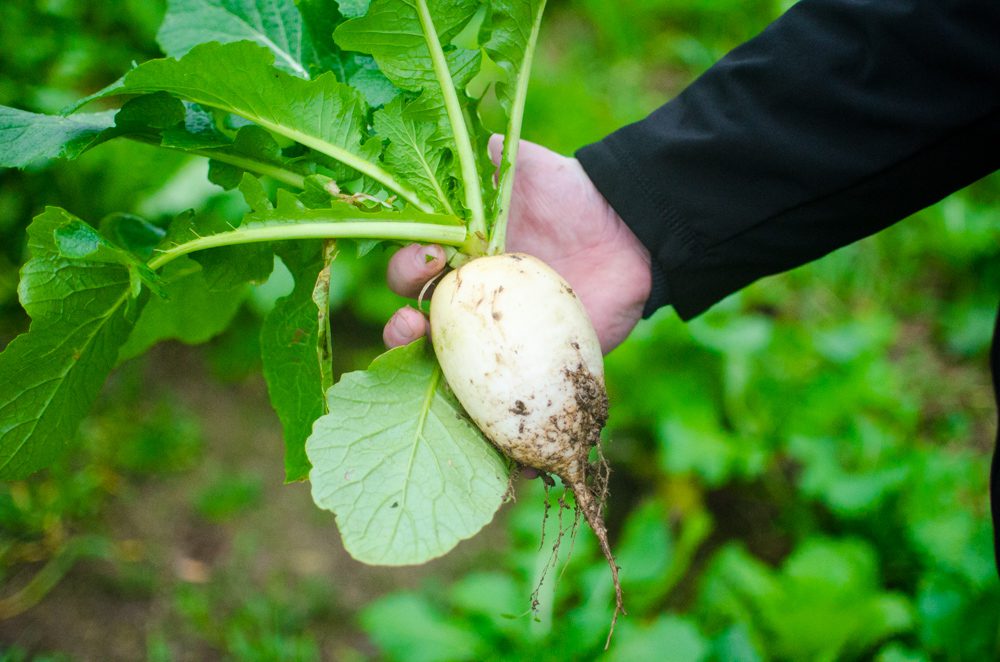 All of the forage crops grazed are done so on a block-grazing basis, while the lambs also have access to a grass lie back and ad-lib meal feed.

The Sunderlands grow all their own cereals and the forage crops fit in perfectly between each year’s tillage crop.

The stubble turnip and GLAS mixtures sown on the farm in 2016 were planted following the harvesting of cereal crops in the last week of August.

All of the forage crop seeds are sown at a rate of 1.2-1.3kg/ac, Mervyn said, using a fertiliser spreader, while a thine harrow is used following sowing to cover the seeds with a fine covering of soil.

Depending on time constraints and the year, a ring roller may also be used to firm the seedbed. 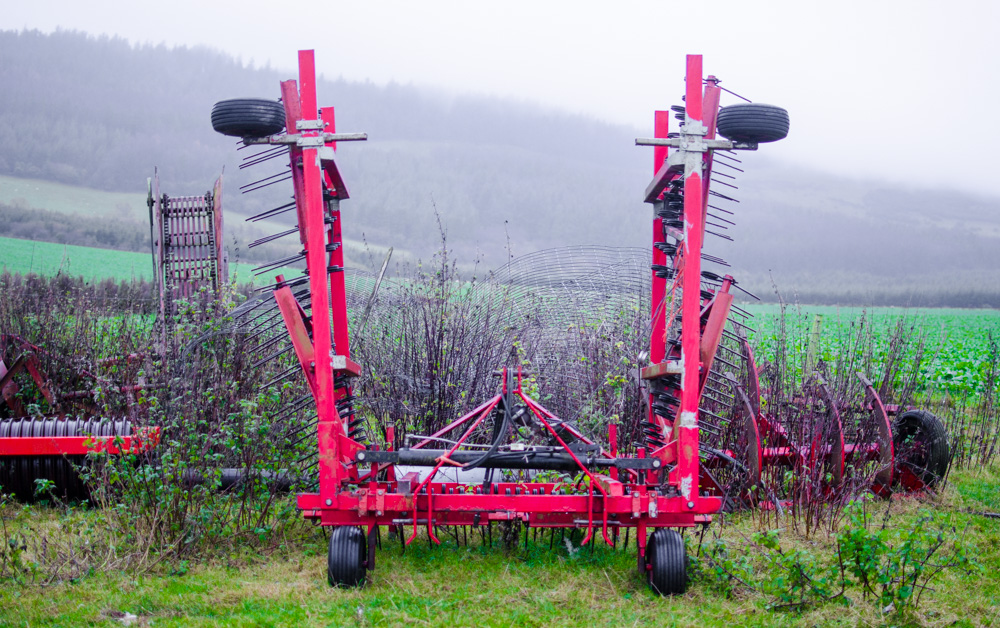 The thine harrow used when sowing forage crops on farm

Previously, he said, they used to plough the land prior to sowing the forage crops, but since they moved to the thine harrow method, the time involved in sowing the crop reduced dramatically.

At sowing, a bag of 10:10:20 to the acre is applied, while a further two bags of Calcium Ammonium Nitrate (CAN) are over spread once the crop passes the four-leaf stage.

Soil fertility is extremely important, he said, and over the years the brothers have focused on improving Phosphorous and Potassium levels of their soil using organic and artificial fertilisers such as farm-yard manure from the beef enterprise and compound fertilisers such as 10:10:20. 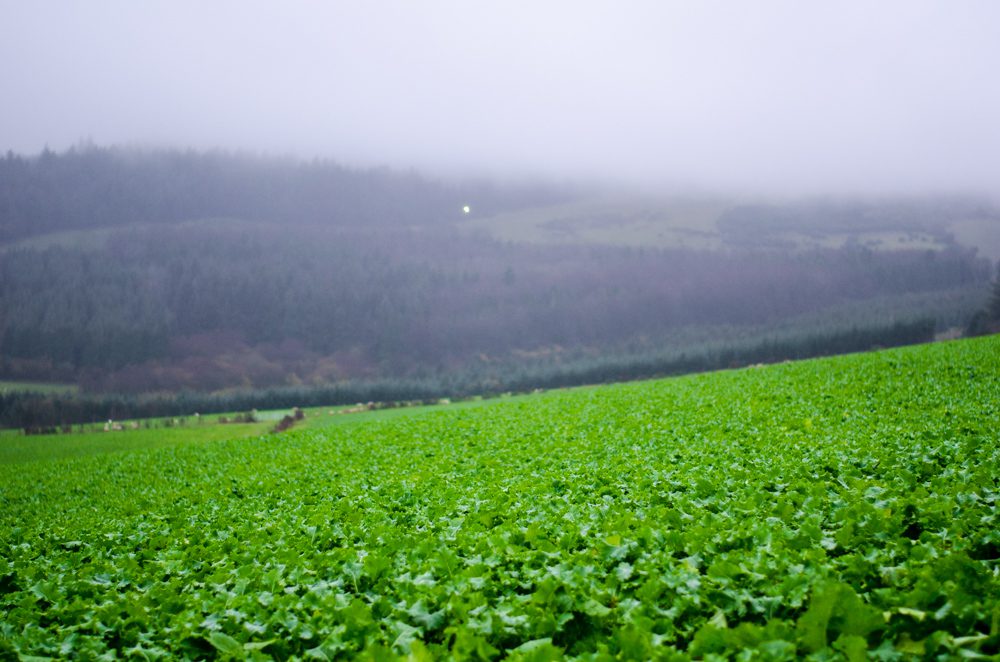 The GLAS forage crop mixture has a yield of approximately 4.5t/ha

Over the years, the production of fodder crops has ran smoothly on the Sunderlands farm, with the exception of a slight Club Root problem with fodder rape crops.

Mervyn blamed low soil Phosphorous and Potassium levels for this problem and since they made the switch to stubble turnip mixtures and improved the soil fertility levels this problem has yet to resurface.

The Sunderland’s system is also quite unique as they have almost grown forage crops in a continuous rotation, with some fields used for forage crop production for eight of the 10 previous years, Mervyn said. 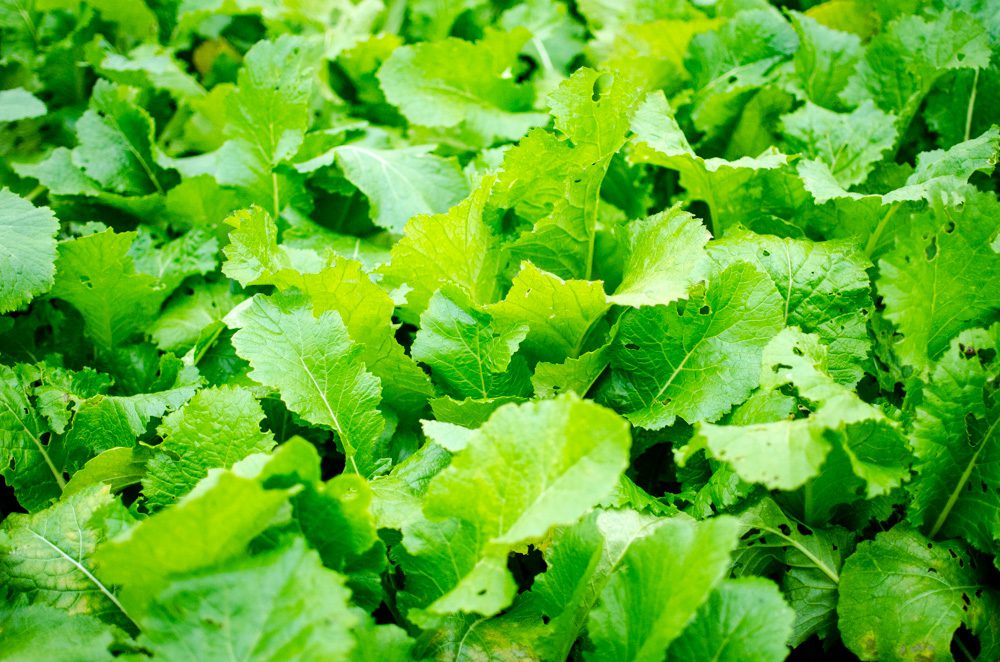 Three varieties of stubble turnip have been grown this year

The forage crops grown on the Sunderland’s farm are used primarily for the store-lamb finishing enterprise, while all of the cereals grown on the farm are retained to make a home-mixed meal.

This concentrate compromises of oats, barley, wheat, beans and molasses, while vitamins and minerals are also included in the mix. 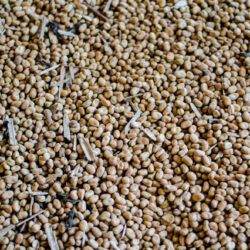 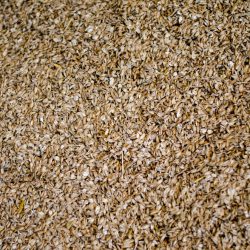 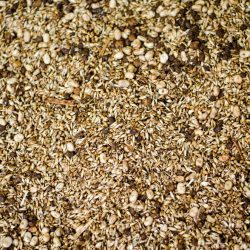 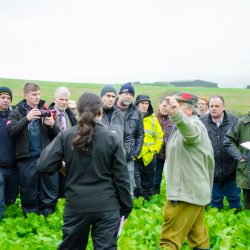 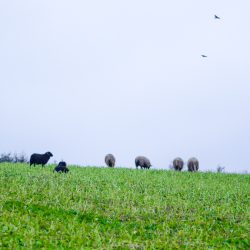