Brothers Richie and Paddy Daly run a dairy herd alongside a dairy calf to beef operation in Moyne, Co. Tipperary.

Along with a dairy herd of 200 cows, the brothers rear in the region of 300 Holstein Friesian bull calves on an annual basis.

Over the past decade, forage crops such as kale have become an important part of the Daly’s dairy calf to beef system.

Today, the brothers opened the gates of their farm to over 100 farmers as part of a Germinal Ireland Brassica Forage Crop walk. 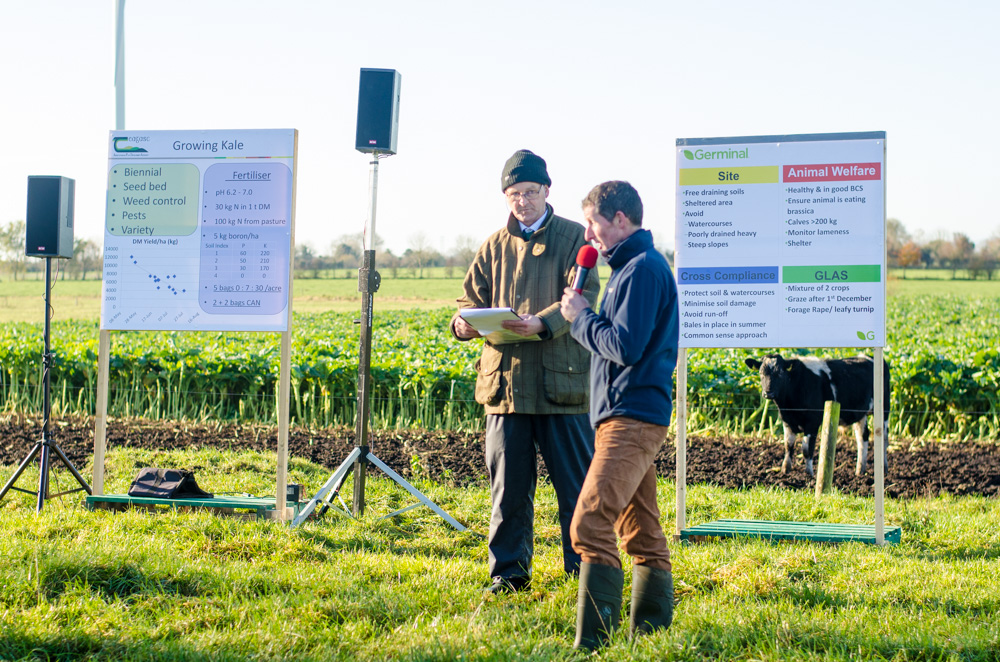 Richie explained to the crowds in attendance that kale fits in particularly well to the production system, as it allows for the out-wintering of about 70 Friesian bulls every year.

The decision to grow forage crops, he said, was made about 10-12 years ago to try and improve the management of some of the paddocks on the farm. 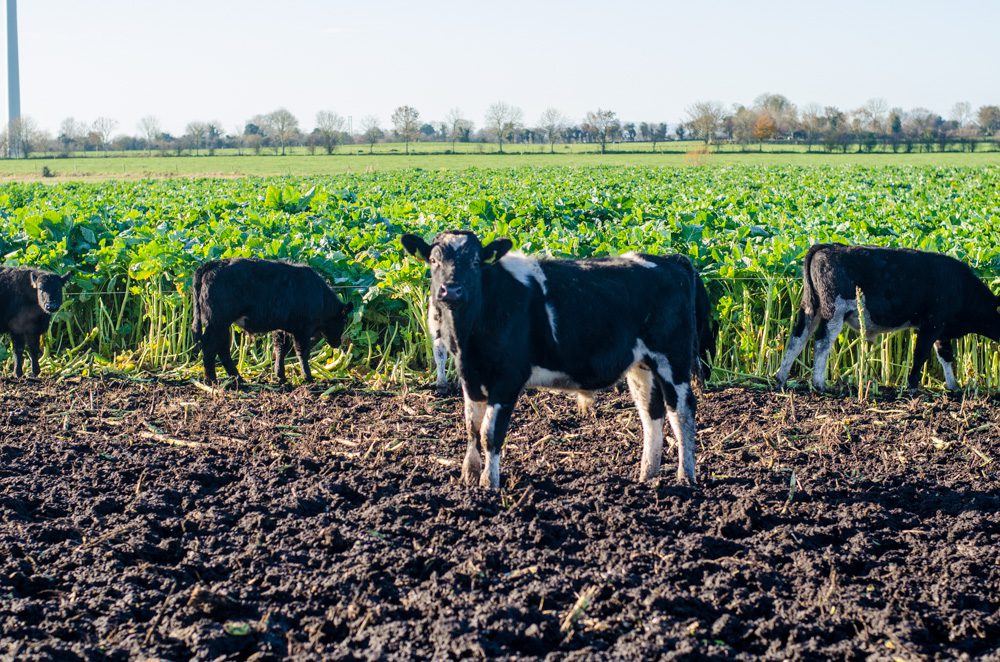 Friesian bulls grazing the kale crop on the Daly’s farm

We purchased this farm in 1992 and farmers had previously used part of it to cut turf. Ploughing can be very difficult due to stones and bog oak.

“Some of the paddocks tend to get rough due to the turf cutting that had previously been carried out and to reduce the need to plough we decided to grow forage crops,” he said. 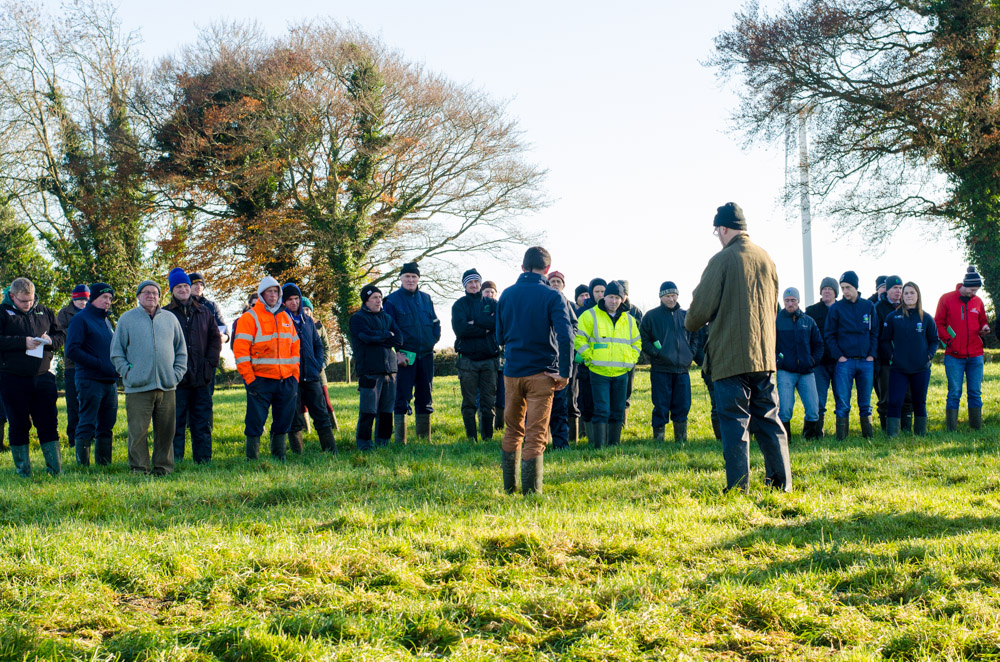 Since then the brothers have mainly grown Maris Kestrel kale, supplied by Germinal Ireland, while this was the first year the pair tried Redstart (a kale and rape hybrid). 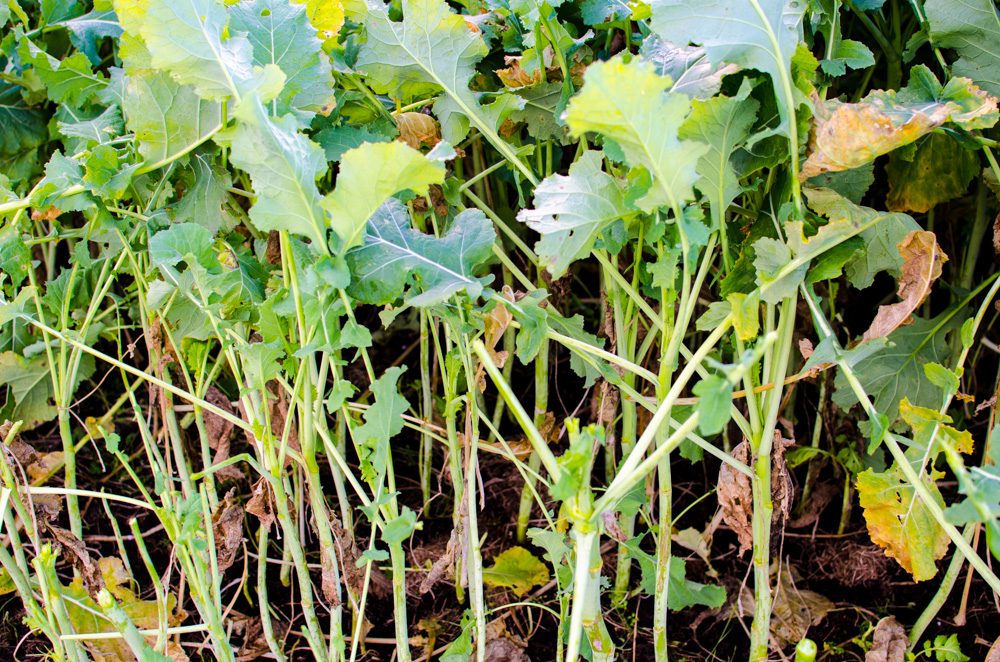 Happy with the cattle performance from kale crops

Richie said that he was happy with the daily-live weight gains achieved by the Friesian bulls grazing the kale crops over the years.

These bulls tend to gain about 0.8kg/day whilst grazing kale, he said, and looking at this year’s batch, they appear to be performing better than similar stock on grass and concentrate diets.

Depending on the year, the crop will generally feed 70 Friesian bulls over the winter. Usually the bulls graze the crop up until February with some if not all of the stock staying out.

The Moyne-based farmer also highlighted the management around the kale crop.

The bulls are introduced to the kale slowly, he said, and for the first 10 days they have access to grass in an adjoining paddock.

Once the cattle have become acclimatised, they are locked into the paddock until the crop is fully grazed – this is usually February.

The bulls also eat 2.5 bales of silage each week, he said, and this is important as it provides the animals with a fibre source in their diet. 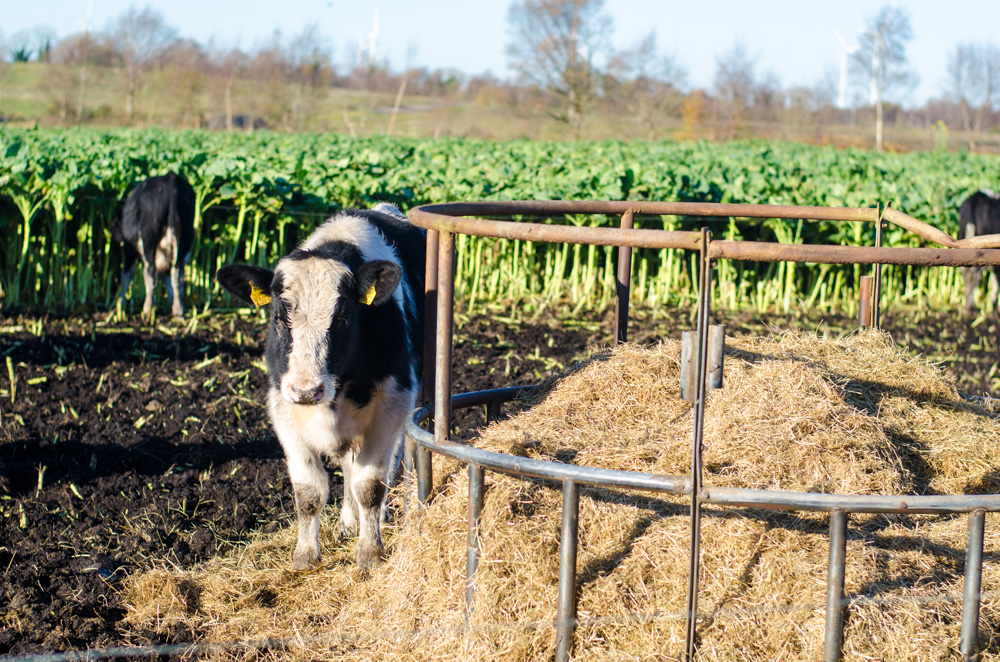 The bulls are offered 2.5 bales of silage a week

Richie also said that the strip-wire used to manage the grazing of the crop is moved daily, with the amount of silage being consumed used as a tool to see if the bulls are being given enough of a daily kale allocation.

The Dalys grow in the region of seven-to-eight acres of Maris Kestrel every year, and this year’s crop yielded in excess of 10t of Dry Matter (DM) per hectare.

The crop was sown on June 2 and received three bags of 18:6:12 fertiliser at sowing and a further two bags of Calcium Ammonium Nitrate (CAN) were applied after crop establishment.

This was the first year that the brothers tried their hand at growing Redstart. This year’s crop yielded 6.8t DM per acre and was sown on July 14. A bunch of Hereford and Angus heifers are currently grazing this crop.

The Redstart received three bags of 18:6:12 at sowing and was top dressed with two bags of CAN once the crop had established.

Teagasc’s Padraig French was on hand to discuss the cost benefits of out-wintering cattle on kale compared to conventional housing systems.

The Head of Livestock Systems at Teagasc Moorepark said it costs in excess of €100/head to provide winter accommodation for cattle. 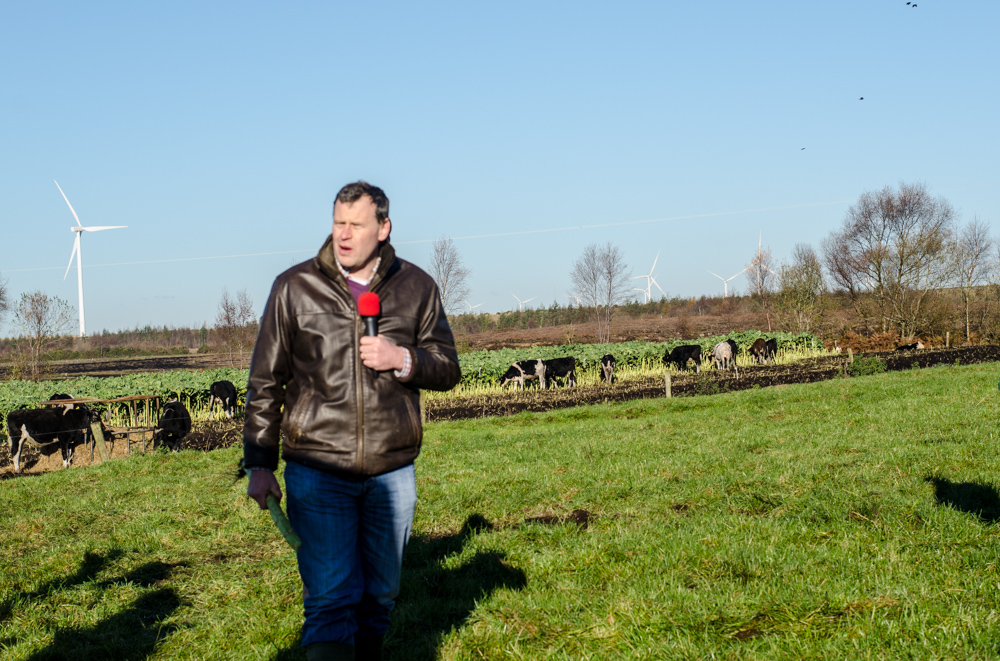 And farmers could potentially make savings by out-wintering cattle on forage crops such as kale over the winter months.

However, he added that the overall variable costs associated with growing a kale crop will vary with the Dry Matter yield produced from the crop.

'Don't miss an opportunity to spread lime on your land'