Traffic in New Ross has been delayed after one of the lanes on O’Hanrahan’s Bridge had to be closed, after a truck lost a few bales it was carrying this evening, July 25.

The lane is expected to be closed until further notice; the bales were identified as hay by a tweet on the official Twitter page for AA Roadwatch.

New Ross is located on the banks of the River Barrow on the border of counties Wexford and Kilkenny.

It is is believed the incident occurred at around 6:00pm this evening; efforts are currently being made to clear the debris.

KILK/WEXFORD: Traffic is down to one lane in New Ross at O’Hanrahan’s Bridge due to truck shedding it’s load of hay. https://t.co/pdsEzJTRQr

Photos of the reported incident have emerged on social media. Going by these pictures, it looks as if the truck may have carrying square bales of straw. 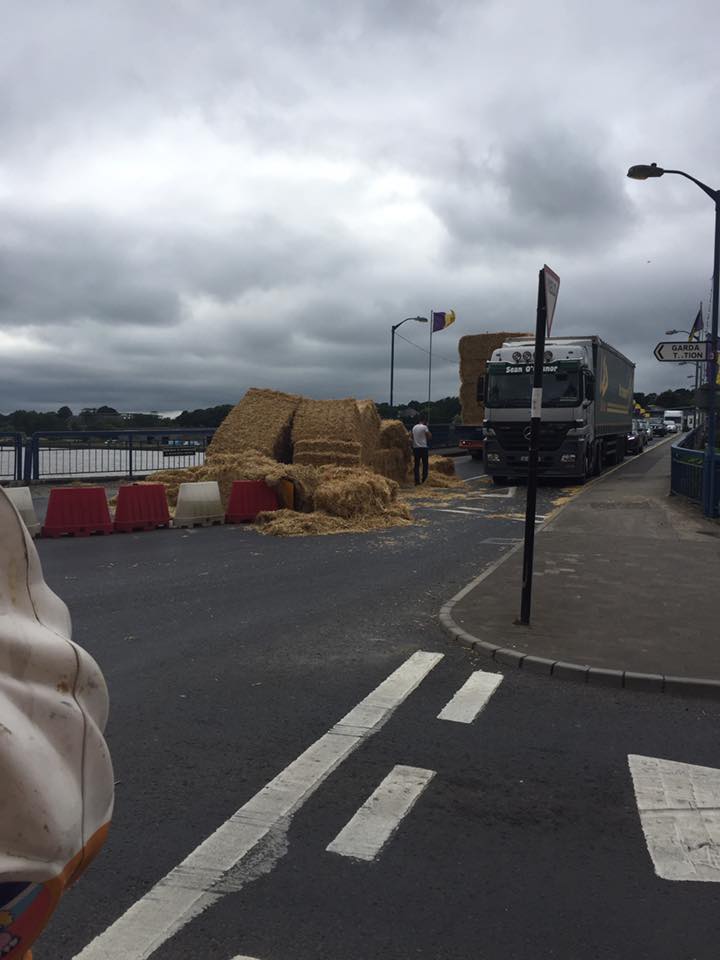 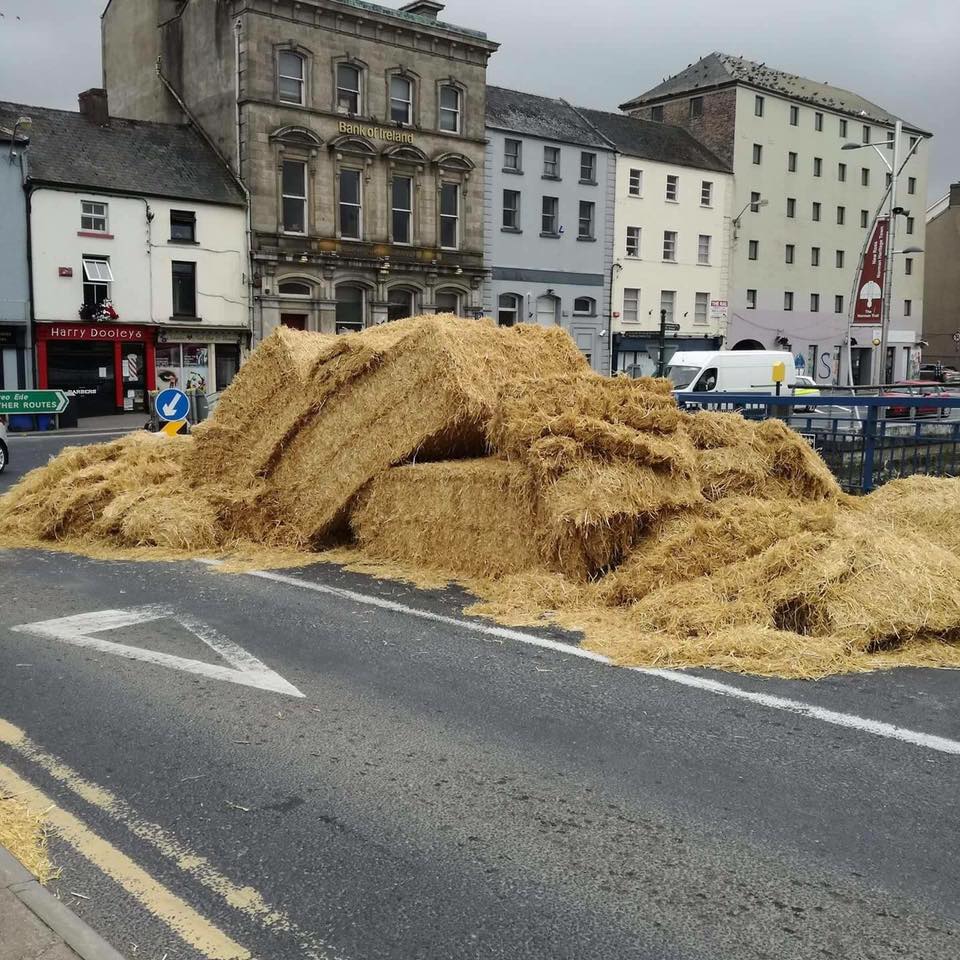 Earlier this month, a trailer that was loaded with large square bales of straw overturned at a roundabout in Enniscorthy, Co. Wexford.

The details of how the trailer overturned are still unclear but no other vehicle was involved in the incident, which took place on Monday morning, July 17.

The trailer, which was being towed by a blue tractor, forced members of the Gardai to close off a section of the outside lane of the roundabout.

It overturned on a roundabout close to Donohue’s garage on the N11 northbound before 8:00am, according to AA Roadwatch. 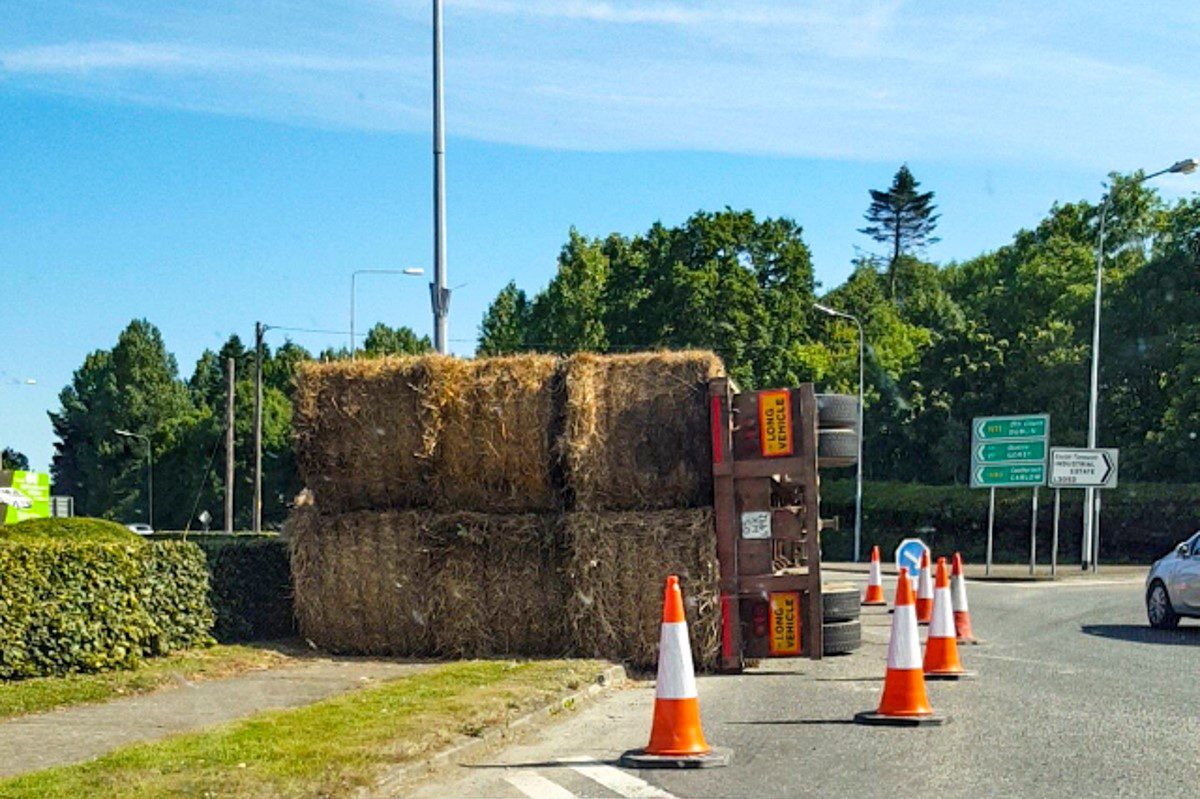 The tractor, which was towing the trailer, remained on all four wheels, but the trailer – which overturned on the main road connecting Wexford and Dublin – did disrupt some commuters on their way to work.

It is believed that it took a number of hours before the trailer and the bales were removed from the scene.