Gardai in the Tipperary Traffic Corp have seized a tractor which was driving on three wheels, with the fourth tyre tied to the back of a service trailer it was towing.

The Gardai tweeted photos of the seized tractor on the Garda Traffic Twitter page.

The pictures show the ‘three-wheeler’ with the fourth tyre tied behind the service trailer. 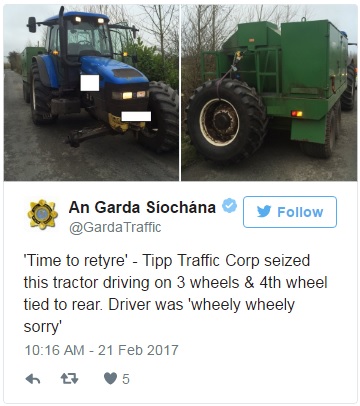 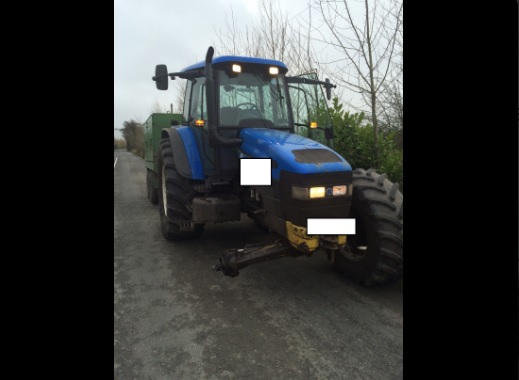 Last week, a tractor was stopped by Gardai in Co. Waterford, due to no straps or chains being used to secure the load.

The tractor driver is set to be prosecuted for towing a low-loader carrying a dumper and excavator which weren’t secured properly, according to the Gardai. 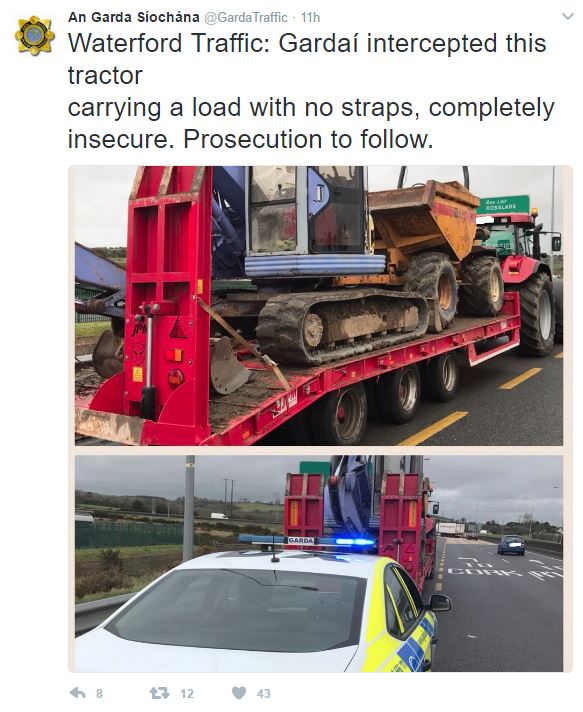