Over 550 cattle perish in US barn blaze 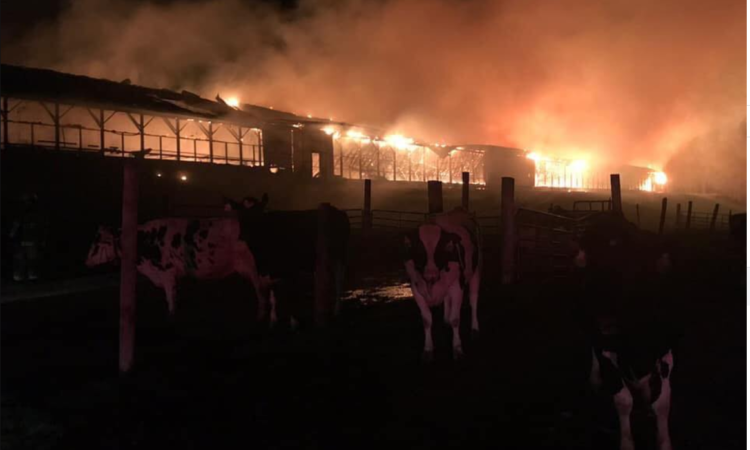 A family-owned dairy herd has been devastated after over 550 cattle perished in a barn blaze that occurred in the US state of New York last week.

The post explained: “Firefighters arrived to find a fully involved barn fire that usually holds 500 milking cows. At the time of the fire, the herd was being milked.”

Continuing, the post explained: “Many of the animals that were able to be saved initially had to be later dispatched due to the severity of the burns they received.”

Speaking to a local publication, Watertown Daily Times, after the incident, farm owners Doris and Walt Kennell said: “Out of about 600 cows in the barn, over 550 were lost. These included 504 milking cows, 40 heifers and four bulls.”

The publication said: “At about 11:40pm, one of their workers saw smoke coming down the breezeway between two sections of the barn while he was tending to the cows and called one of the Kennell sons, who was first on the scene.

It was eight minutes from when he got the call to when the barn was fully engulfed.

The son, Tim Kennell, ran to the far end of the 465ft structure to see if he could rescue some animals, thinking the fire began at the near end, but it had started in the middle and already spread to where he was running.

Insurance investigators told the family that a faulty compression pump caused the fire. The pump is used to move manure out of the barn.

The focus now for the family is on what to do with the hundreds of dead cattle.

Doris said that the company they normally use to remove dead animals charges $100 per animal to take the carcass away.

The family and the workers managed to pull out dozens of cows, but they were so badly burned they had to be euthanized.

“Some [people] were calling about the cows, that may be interested in the steel left from the barn’s wreckage and how to clean up the rest of the mess left behind.”

Concluding, Walt told the publication: “I just hope I’m farming when it’s all done; that’s where my heart is.” 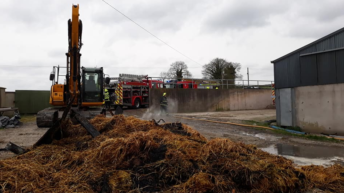