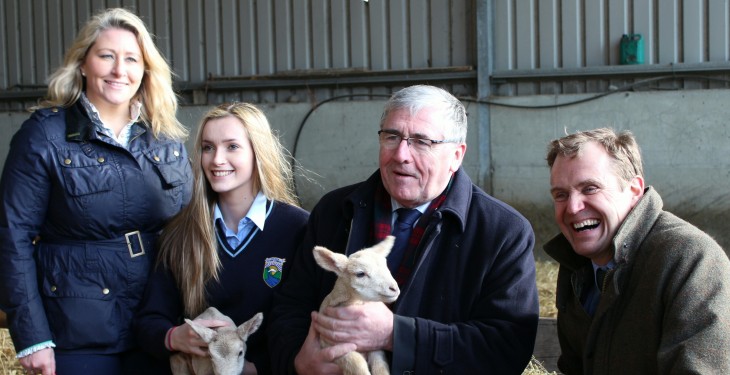 Agri Aware’s ‘Farm Walk and Talk’ initiative is taking place this week from March 2 to March 6 where over 2,500 second level students will visit Teagasc colleges and research centres.

Agri Aware says that agricultural science students and teachers from 70 schools across the country will get a day of hands-on learning via Agri Aware’s farm walks.

The ‘Farm Walk and Talk’ initiative demonstrates the practical elements of modern agriculture to both urban and rural agricultural science students, it says.

Agri Aware says that the current Agricultural Science syllabus (which has not been updated for over 40 years) for the Leaving Certificate fails to include topics such as genetics, farm machinery, sustainability, new animal breeds and farm safety.

The ESB will be providing presentations and educational talks on farm safety, it says.

Speaking at the launch of the initiative at Gurteen Agricultural College in Tipperary, Minister of State Tom Hayes spoke about farm safety said it is the simple things you need to be aware of and not to become complacent about the environment you are working in.

“Depending on your type of farm, your work involves livestock handling, slurry handling, machinery operation, electrical equipment and farm buildings. Any, or all, of these circumstances can lead to an accident. The risks are too great and the price too high,” he said.