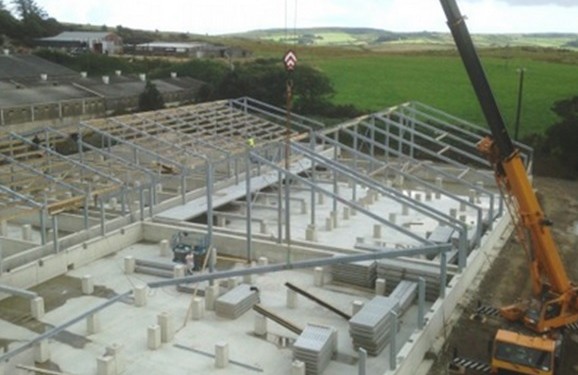 Farmcrete is the latest offering from Roadstone

Farmcrete is the latest range of concrete from Roadstone, the company that specialise in construction products.

“Farmcrete concrete mixes are specifically designed for use in the construction of farmyards, roadways, milking parlours, livestock buildings, silage pits and structures for containment of silage effluent and farm run-off fluids,” Roadstone says.

Roadsone says that farming places severe demands on concrete; due to the aggressive nature of silage effluent, animal waste and heavy machinery traffic.

It says that the benefits of Farmcrete are that it is strong, durable and long lasting for the agricultural environment and it says it also complies with the Department of Agriculture specifications.

Farmcrete is made from local materials that are manufactured to the highest standards and the new products are available in a range of mixes and strengths to suit all exposures and applications, it says.

Upon ordering Farmcrete there is mix design and technical advice available and the new range is also available in a range of colours, Roadstone says.

Farmcrete can be used for foundations, yards, bases, general reinforced concrete and walled silos, it says.

Roadstone has been supplying concrete tot the farming sector since 1960 and has a nationwide distribution of concrete plants, it says.