How to use the California Mastitis Test properly 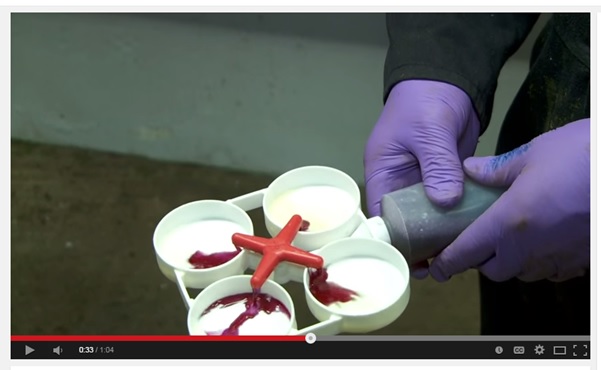 CellCheck is advising dairy farmers to get to grips with the California Mastitis Test (CMT); a quick and easy cow-side test that is useful for detecting subclinical mastitis, it says.

The CMT test identifies subclinical mastitis by estimating the somatic cell count (SCC) of the milk and CellCheck says that it is good practice to check all cows and first lactation animals with the CMT before including their milk in the bulk tank for the first time.

Teagasc says that you can be confident with the CMT test, that any problem cows are picked up early, before they cause more trouble.

“The test works on the principle that mixing milk with a reagent causes the somatic cells in the milk to rupture. When the DNA is released from these cells, it coagulates and forms slime – the more cells there are in the milk, the more ‘jelly-like’ the result,” it says.

CellCheck says that the CMT test can be carried out in three steps:

CellCheck also give a breakdown of what the results mean. It says that results are categorised as follows: negative, trace, 1, 2, 3. It also advises that this test is subjective; while you may score a 1, a neighbouring dairy farmer may score a 2.

CellCheck says to remember that the important thing is that any positive reaction, that is a score of 1, 2 or 3, indicates a high SCC in that quarter. CellCheck advises that to become accurate and consistent, practice the CMT test on cows with a known high SCC.

Check out CellCheck’s video of the CMT test: