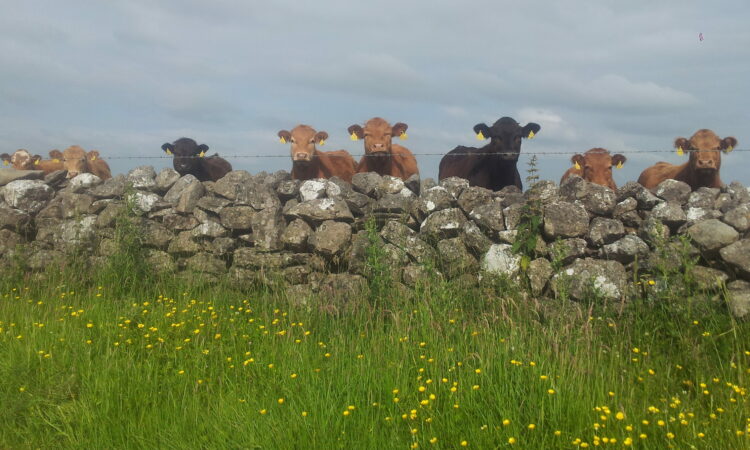 We outline some of the common questions farmers are asking about the GLAS Scheme – we also have a full list of the main dates for GLAS.

I got a text from the Department of Agriculture…what do I do with it?

If your planner has submitted your interest in GLAS you should get a text message from the Department of Agriculture with a code, to which you need to reply – indicating whether you plan to go ahead and apply for the scheme or not.

You only have 24 hours upon receipt of the text to respond. So, if you miss the 24-hour window to respond, contact your planner and get them to re-submit your application so you get another text.

I meet all the requirements of Tier 1, will I definitely get into GLAS?

There is no guarantee of admission to the GLAS Scheme regardless of what Tier you qualify for. The Department of Agriculture has indicated that about 25,000-30,000 farmers will be accommodated in the first tranche of the scheme, but it will be driven by demand.

The more popular the GLAS Scheme this year the more competition there will be for places.

I’m unsure whether to apply this year or wait and see and apply next year. Can I do this?

Yes. This year is just the first tranche of the scheme, it will be open again next year. If you are not sure you can wait until next year to apply and while there will probably be less places there should also be less competition for the places.

When will I hear if my GLAS plan has been accepted?

Farmers will start to hear whether their plan has been accepted in the autumn, probably in September.

Do I have to pay for my GLAS plan even if I don’t get accepted into the scheme?

You have to pay for the plan before it’s submitted, to the planner, and they submit it on your behalf. It’s not a no foal no fee basis!

If you are told in October/November that you are not in you can leave the plan in situ for next year.

Do I have to get a nutrient management plan?

Yes. GLAS is an environmental scheme that is designed to improve water quality and biodiversity, so measuring the soil for different nutrients is necessary.

Can I change my options after I have submitted my GLAS plan?

No, there is no flexibility for change with your options – you are tied in for a five-year period. The only way to change your plan is to withdraw the plan from the scheme completely.

Teagasc advice is to be very clear when entering the scheme of the options you are choosing – that it is a five-year scheme and you need to be able to fulfil the options you choose.

What if I am renting land? Can I still apply for GLAS ?

Because it is a five-year scheme, it is necessary that if you are renting land you have a lease that extends to 2020, so you need a six year lease from when you’re submitting your plan.

When do I start the actions or work I have agreed to do?

When do I get paid?

Indications from the Department of Agriculture are that a percentage of the payment may happen in 2015.

I farm some commonage – does that qualify me for GLAS automatically?

While commonage does qualify for priority access to GLAS, not all commonage is the same. The Curragh of Kildare is the big commonage exception as it’s not privately owned commonage.

The primary aim for catch crops is for soil protection during fallow periods over the winter period. There is a reduction in soil erosion during heavy rainfall periods from reduced surface run-off and increased water infiltration.

Catch crops only apply to arable farmers. Crops must be sowed by September 15 and there must be a minimum of 10ha planted.

What if my daughter has a Connemara pony? Does that qualify as a rare breed?
While Connemara ponies do qualify as rare breeds, along with Irish Draught horses and Kerry Bog ponies, Dexter, Irish Maol (Moiled) and Kerry cattle, as well as Galway Sheep, the animal has to have been on your farm in 2012/2013 and under your name. So, if it was not down as part of your herd then, even though it was on the farm, it won’t qualify you.

Farmers who kept a rare breed animal in 2012 or 2013 will be eligible to apply for this, with a payment of €200/LU/year available.

If you are a grassland farmer you will get priority with low emission slurry spreading via a trailing shoe or band spreading/dribble bar, but the payment is not huge at €1.20/m3/year.

You would need an invoice from contractor if you don’t have the machine to do the work.

75% of my farm is grassland but I also have tillage. Am I a grassland or tillage farmer under the GLAS rules?

If 75% or more of your farm is in grass you’re a grassland farmer, unless you have 30ha or more of tillage, then you’re a tillage farmer.

I’m a grassland farmer who qualifies for Tier 1 in GLAS – how do I ensure priority access?

If you’re a grassland farmer – wildbird cover or slurry spreading are your two best options to get priority access.

Hedgerows…that sounds easy, is it?

The options here include planting from 10m to 200m. Teagasc advisors warn to ensure you do more than the minimum, for if an inspector comes out and says there is just 9m of hedging planted, you’re in trouble.

Fencing all watercourses involves putting in a fence that is at least to be 1.5m from banks. The GLAS payment for this is €1.50/m/year.

This is an attractive option as there is no maximum amount you can fence off, Teagasc advisors say, for many farmers, but there are considerations, notably:

I’m a tillage farmer, can I rotate the area of minimum tillage around the farm?

Minimum tillage can see farmers claim €40/ha/year, however it cannot be rotated around the farm; and, weeds may be a concern after four or five years for some farmers.

How much does it cost to apply to GLAS?

Private agricultural consultants will charge their own individual charges, but Teagasc is charging €435 to do up a plan and submit it. On top of that you must conduct and submit a nutrient management plan, which through Teagasc will cost €460 and the soil sampling charges.