Over 20 ‘Great Taste’ stars for Dawn Meats in London

Dawn Meats has been awarded over 20 stars at the annual Great Taste 2018 Awards in London, which is run by the Guild of Fine Food.

A spokesperson for the meat processor added that it achieved three prestigious three-star awards also across its beef and lamb products.

Dawn Meats has operations in 10 locations around Ireland and many more across the UK and Europe.

It is a premium beef and lamb supplier to a wide range of blue-chip food businesses in over 40 countries, according to the company.

Advertisement
Dawn was awarded three of the top-ranked three-star awards for its:

Commenting on the awards, CEO of Dawn Meats Niall Browne said: “Well done to our teams across Ireland and the UK who have outdone themselves this year in their dedication to quality, taste and presentation.

“This recognition is a great result for the team and their collaboration with our farmer suppliers.” 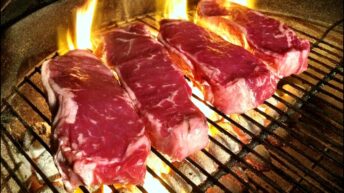