Figures from the Department of Agriculture show that Cork dairy farmers have a total of €8.465m in outstanding super levy payments.

However, the figures also show that 31 Donegal dairy farmers owe an average of €25,000 in superlevy payments.

Leitrim is the county with the lowest average fine outstanding at just €6,908, while there is only one farmer in Co. Sligo still owing money, and this totals €54,869.

The average fine outstanding across the country  is €9,513. From looking at the map below, there is a high concentration of producers who owe less than €10,000 located in the south east of the country.

At the request of Ireland and some other Member States the EU Commission introduced a provision last year permitting payment of the levy in three annual instalments, without interest, on the understanding that the full amount of the levy was paid to the Commission by the Member State in 2015. 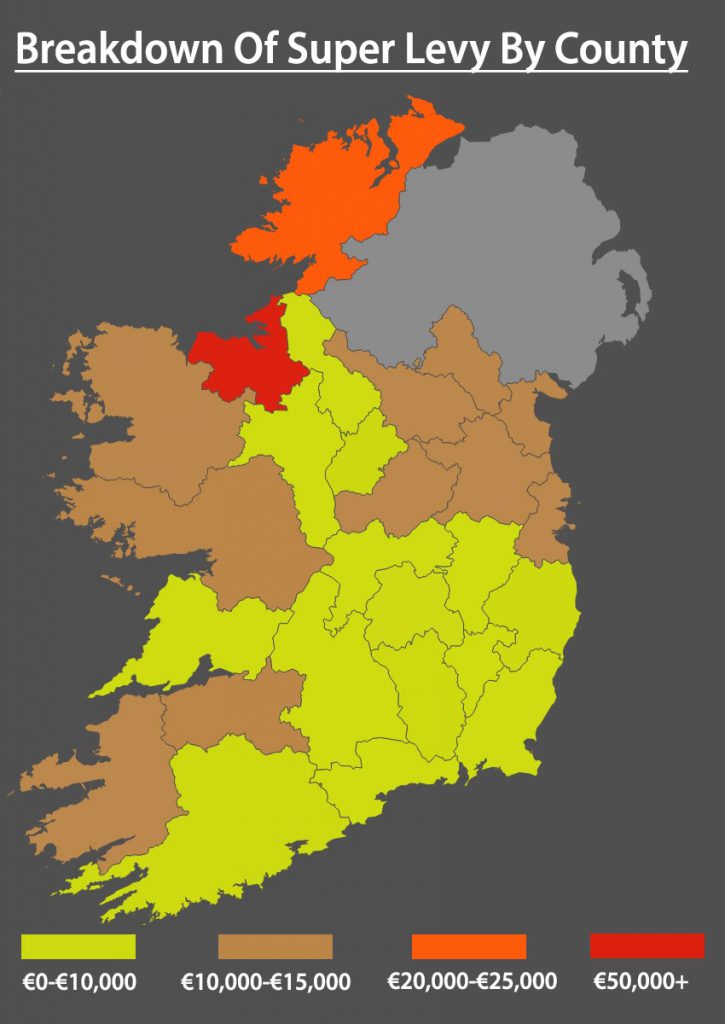 Under this, dairy farmers had the option to pay their super levy in 10 equal amounts – with five payments in 2016 and five in 2017.

The Scheme required applicants to pay at least one third of their levy by October 2015 with the balance to be paid in 2016 and 2017. Ireland was one of the few Member States to implement this scheme and make it available to farmers.

Ireland had also sought that farmers could further defer payments to 2017 and 2018, but this was not allowed by the EU Commission.

Super levy fines were incurred by Ireland last year after processors went over quota, costing farmers €71.2 m- the 4th largest fine in Europe, according to ICOS. 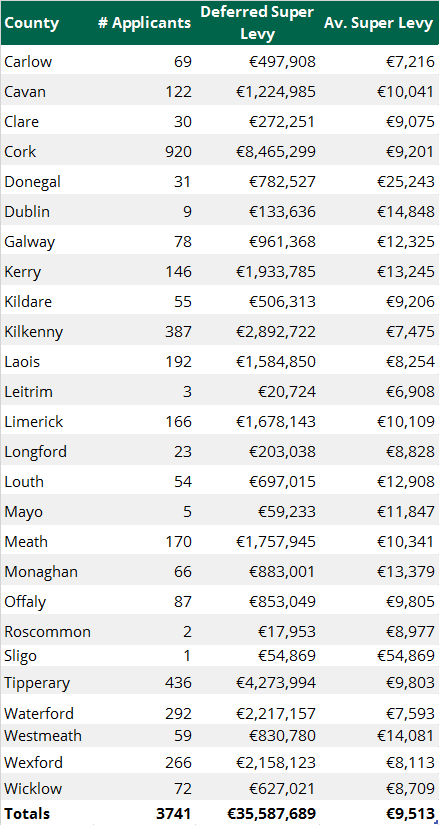