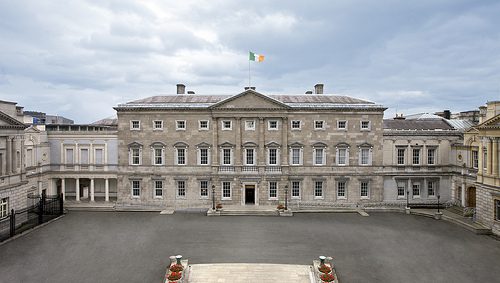 Dail Eireann is to vote tomorrow on a Private Members Bill to ban hare coursing following debates last week in the house on the issue.

Ireland is one of only three European countries where hare coursing is legal and the last time a Bill was brought to the Dail floor for a vote on the issue was in 1993 by Tony Gregory and it failed to pass.

Independent TD Maureen O’Sullivan is the TD bringing the Bill to the Dail and today she said that banning live hare coursing is not an attack on rural life.

“It is an attack on wanton cruelty to animals and there is a viable alternative,” she said.

Banning live hare coursing is not an attack on rural life – It is an attack on wanton cruelty to animals. And there is a viable alternative.

In the Dail last week, O’Sullivan said that the Dáil has an opportunity to put an end to the cruel practice of live hare coursing.

“There is no doubt that it is cruel and it is animal abuse. I am struck by a number of contradictions. We live in a country of great natural beauty and yet we treat animals like hares appallingly.

“The contradiction and irony, which I have mentioned already, is that we have the Minister for Arts, Heritage and the Gaeltacht issuing licences to capture and net hares.

“How is it part of the artistic and cultural agenda of the country to net hares, keep them in captivity for several weeks before releasing them into a field to be chased and hunted by the greyhound?” she asked.

Meanwhile, speaking in the Dail earlier this month, the Minister for Agriculture Michael Creed highlighted that a very high proportion of hares netted for hare coursing were returned successfully to the wild.

“For example, at the end of the 2014-15 season, 99.3% of hares captured were released in a healthy condition back after coursing.

“We have moved some distance in respect of where coursing was some years ago in terms of the monitoring and high standards of welfare we apply in terms of both the greyhound and the hare, something to which all parties involved can be paid tribute, including Bord na gCon, the Irish Coursing Club, the National Parks and Wildlife Service and my Department.”

For that reason, the Minister said that Ireland has now reached a situation where it has a sustainable industry and he did not propose to ban the industry.

However, he did add that all parties involved in hare coursing must operate within the law and the terms of licences issued to them in respect of hare capture and so on.