Pics: Behind the scenes at the Teagasc/FBD Student of the Year’s farm 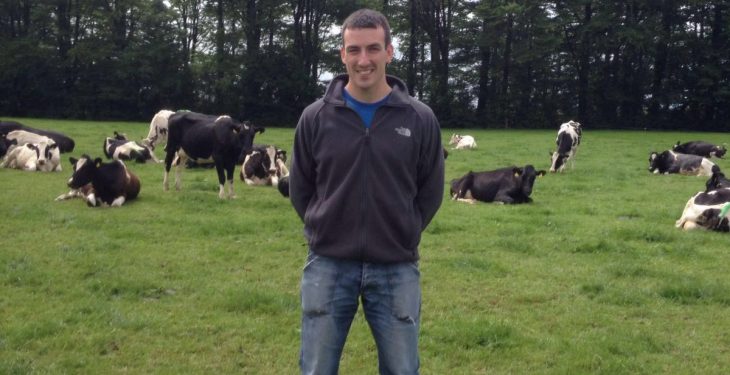 Damien completed the Level 6 Farm Specific Administration programme in Mountbellew Agricultural College and is in a farm partnership with his father, Francis. They run a 76-cow Friesian dairy herd near Tuam, Co. Galway.

When we visited, the weather was showery but luckily we escaped the rain for the duration of the visit. Walking the farm roadway to the milking herd, the paddocks on the farm were almost completely weed-free and Damien told us about his control strategy.

“The paddocks are picked out to be sprayed for weeds such as docks and thistles every year, minimizing spread of the weeds seeds.” 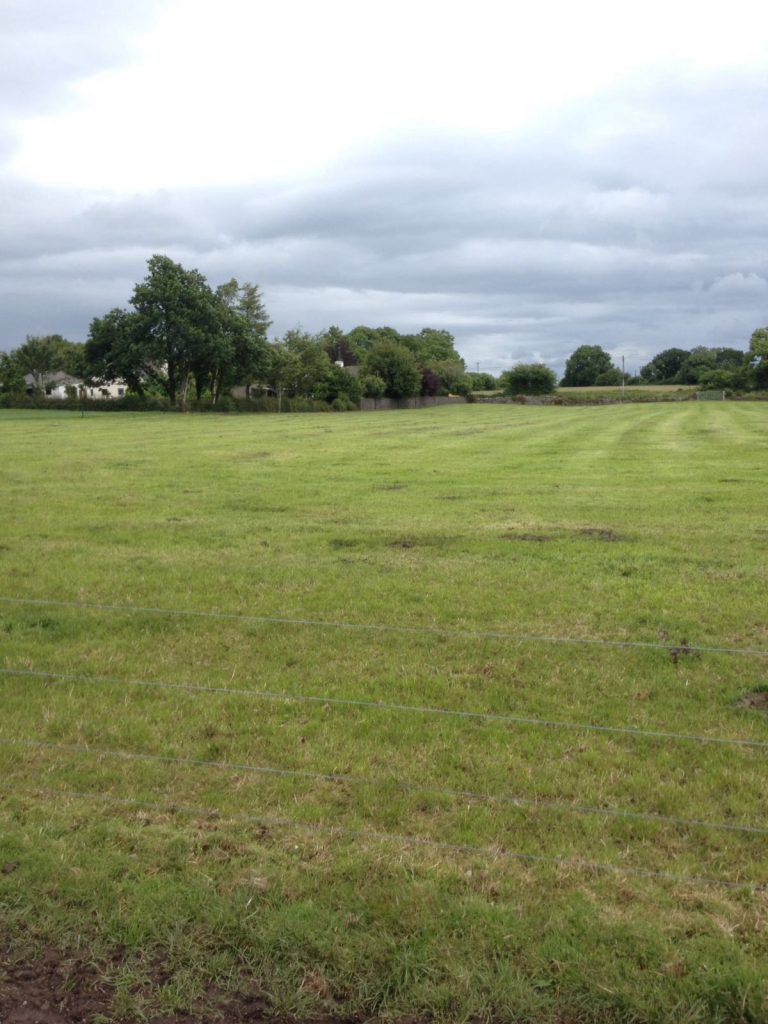 He is the third generation to farm the block, with Francis still active helping out where he can.

“Family means everything, my parents make it so much easier on me. If I need to get away for a couple of hours or a day, my father will happily fill in for me”, Damien said.

All fences are well maintained on the farm and had two strands of electric fence wiring, the stakes are plastic and some have been in the ground for 30 years without budging, Damien said.

Another feature of the farm is that the land block is almost completely enclosed by trees. Damien said that expansion of the farm is limited due to this.

Pointing out the trees, he said that behind these there is a main road and a forest adjoins the farm from another side.

Damien is a new entrant to dairy farming and bought his heifers as calves two years ago from two different sellers.

“Since I bought them as calves, the time has just flown by, it was very enjoyable watching them progress the last two years.”

His father, Francis, said that while he milked cows in the past when Damien left for the army a few years ago, he wanted to cut the work load a bit and so opted to farm drystock instead.

Milking is carried out twice a day in a new, very clean, 12-unit herringbone parlour. Milking starts at 6.30am and 4.30pm and takes 1.5 hours between milking and washing up. 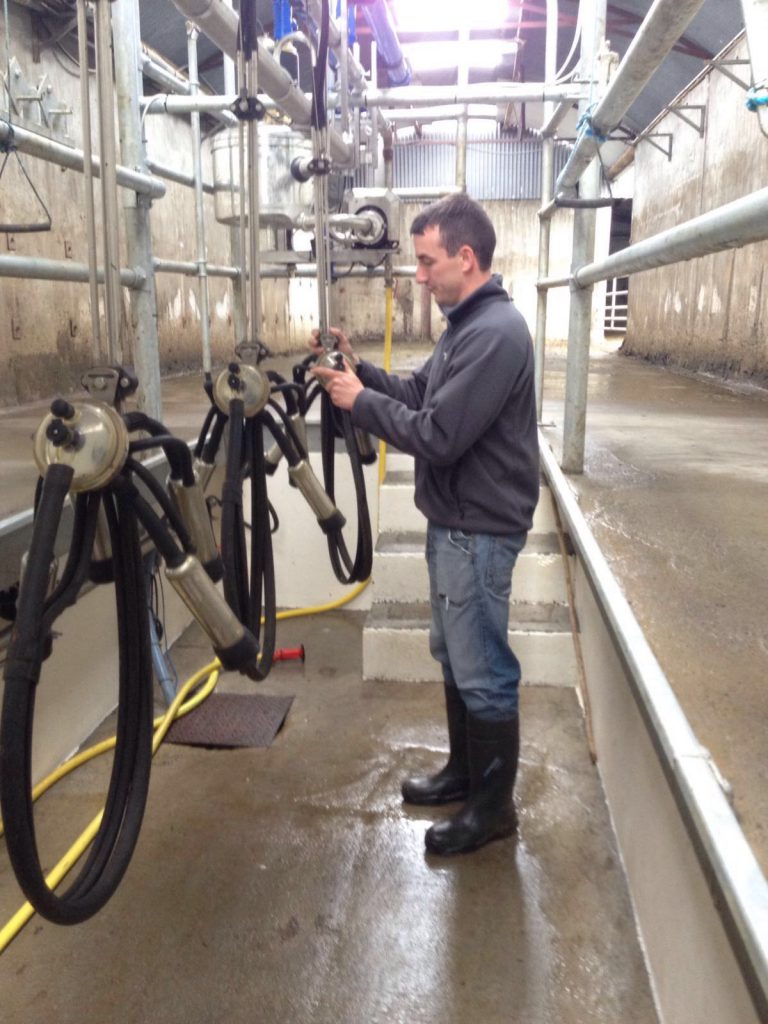 Because all milking stock is heifers, the average milk yield per cow per day is lower than other farmers, averaging 20L, he said.

“I like working with animals and handling them, and milking is exactly that,” Damien said as we washed the wellies.

Damien supplies Aurivo Co-op, which recently cut its May milk price to 22c/L. However, Damien said that there is a bonus payment on milk if protein is 0.05% above the Co-op average.

The entire milking block was reseeded in the last six years as Damien prepared for dairying, he said.

Growth rate on the farm averaged 77kg DM/ha last week and the pre grazing cover was 1,500kg DM/ha and the cows eat 15kg of grass per day. 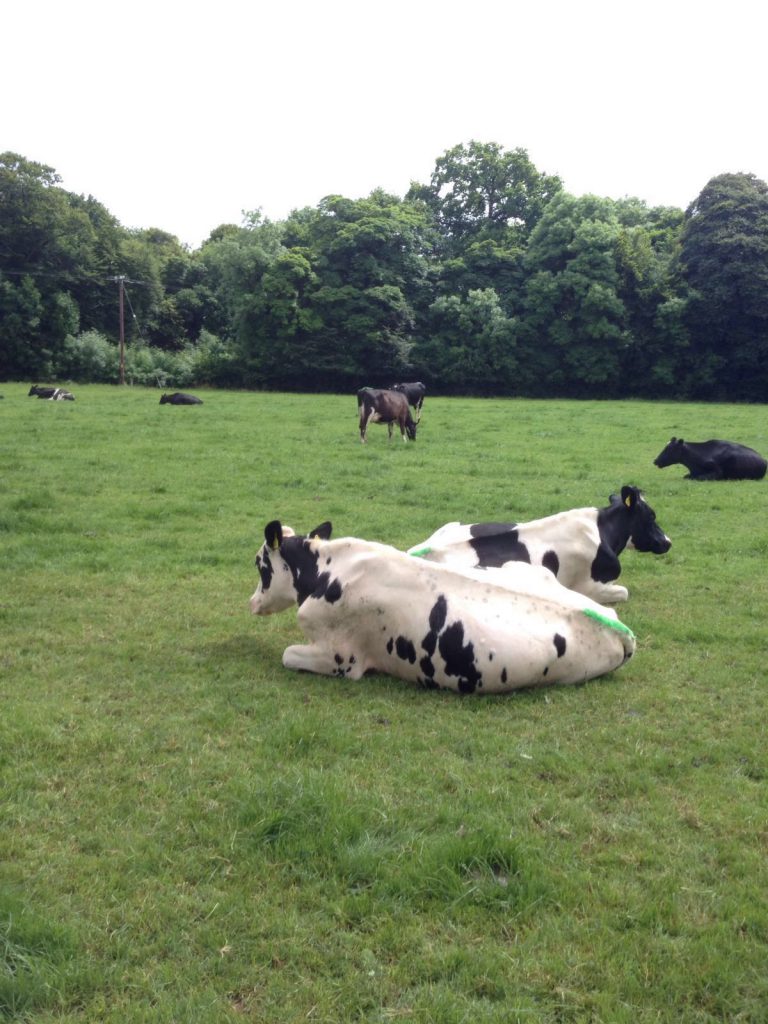 The silage pit was directly opposite the cow cubicle house and Damien said that the silage was cut by the local contactor on June 1. Last year, the pit silage measured 76% DMD and he said he is happy with this quality.

Damien’s five-year plan is as follows;

What will probably come as a surprise to most farmers, the McGraths said that they don’t vaccinate for diseases.

“The herd isn’t vaccinated for Leptospirosis, IBR, BVD, scour or any disease. Most problems such as disease outbreaks are to an extent controllable.”

“A closed herd, with adequate fencing should be enough to keep disease out, along with feeding the cow well and correct breeding of animals. It is important to watch for thin cows as these could be a weakness in this type of strategy,” Damien said.

The McGraths have never had any problems with disease or had any disease outbreaks before.

Damien said that vaccinating is “industry driven” and it is a significant cost on a farm to have, but that they dose their calves for worms frequently when it is necessary.

“We’ve no exact date for dosing here, whenever the calf starts coughing, it is then we know that there is a problem there and action needs to be taken. So far this year, calves are thriving well and there is no coughing- dosing isn’t necessary yet,” Damien said.

The calves are currently on an out farm and are gaining over 1kg/ day. The aim is to have those weighing 150kg in July, when they are weighed, Damien said.

Damien is a big believer in “keeping yourself educated” and “keeping an open mind” and it was clear to see that Damien learned this from his father, Francis, whose good attitude was the very same as Damien’s.

When asked if he ever found the lifestyle lonely, Damien said that it can be but the discussion group is a big help and staying actively involved in the local community is also important. 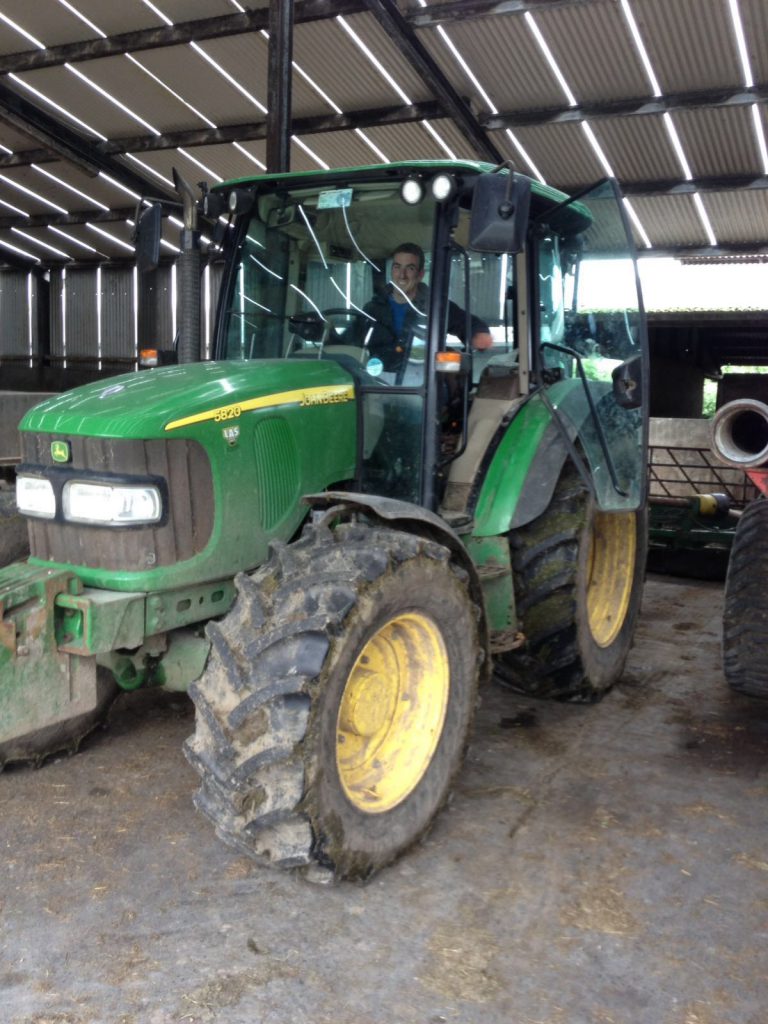 Speaking about his time in the army, Damien said that it was always something he wanted to do when he was younger so he said ‘why not?’

“I believe that every young person should do a bit of travelling before settling down into a career- travelling the world is an education in itself.

“It’s great that my parents see it this way as well. They were very supportive of me travelling.

“In five years’ time, I want to be farming a simple and profitable dairy herd while also maintaining a good work life balance.”