The fertility of the Irish suckler herd is lagging behind that of the dairy herd, according to Teagasc’s Mervyn Parr.

Speaking at a recent Teagasc Better Beef Farm walk in Durrow, Co. Laois, the Teagasc fertility expert said that most suckler cows fail to have a calf every year.

“We want the majority of cows to have a calf at the same time every year,” he said.

And he said, that each day the calving interval goes over 365 days it costs suckler farmers €2.20/day/cow.

Parr also said that calving heifers at 24 months of age is critically important for the profitability of suckler farms and calving heifers as early as possible in the calving season is key to ensuring they last in the herd.

However, the Teagasc researcher said that only 22% of all replacement heifers in the suckler herd calf at two years of age. 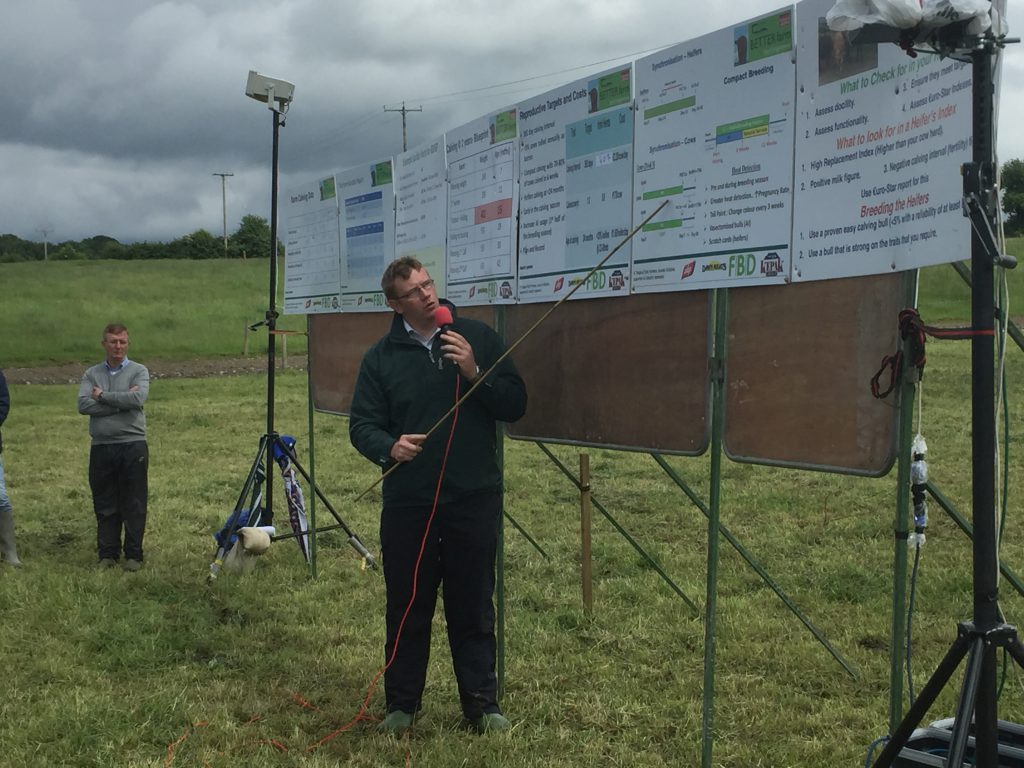 Parr continued to say that the suckler farmers are not using enough AI in there herds, as only one in four beef calves are born after AI sires.

Parr said it is important for suckler farmers to monitor cows for signs of heat both prior to a during the breeding season, as the is the most effective way to ensure success when using an AI programme.

To help improve the results of AI breeding, Parr advised the farmers in attendance to use heat detection aids such as tail paint, scratch cards or a teaser bull.