Can the gross margin of a suckler farm triple over a four year time frame?

One of the key targets of the Teagasc Better Farm Programme is to show that beef farms are capable of making a gross margin of €1,000 per hectare.

Tomas and his son Ciaran run 65 cows under a suckler-to-beef system on a 52.6 hectare block right in the centre on Durrow town.

The Murphy’s originally joined the Teagasc Better Farm Programme in 2012 in a bid to improve the profitability of their farm.

And, since joining the programme the gross margin on the farm has more than tripled.

The majority of this increase is due to a jump beef sales, with the value of output increasing by more than 95% per hectare.

Since joining the programme, a number of changes have been made on the farm, including an increased focus on grassland management and the move away from a split autumn and spring-calving herd.

Another considerable change that has occurred on the farm is the production system.

He added that the majority of the calves born on the farm are now finished on-site at 24 months of age as either steers or heifers.

Last year, heifers were sold for slaughter at carcass weights of 380-390kg, while steers were slaughtered at 410-420kg.

And as a result, the beef output on the farm has also increased, jumping from 615kg of output per hectare in 2011 to just over 700kg per hectare last year. 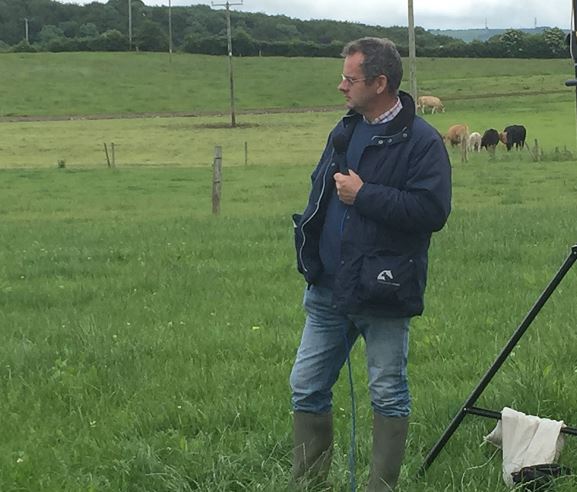 Move away from autumn calving

Murphy also discussed his decision to move away from a split spring and autumn calving.

Previously, the Murphy’s calved 25 cows every August, but over the past four years the autumn-calving cows have been phased out.

Murphy said that the decision to sell the autumn calving cows has made managing the suckler herd a lot easier.

We are very busy in the spring time but during the summer it is just a matter of keeping grass in front of the cows.

Murphy also said that the costs of the farm have also reduced since he made the switch from autumn calving to spring calving.

There is an extra cost associated with an autumn-calving suckler system, he said, as both the cow and calf have to be housed and meal fed over the winter months. 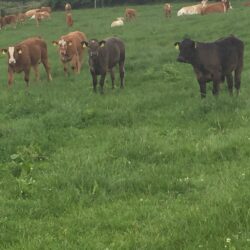 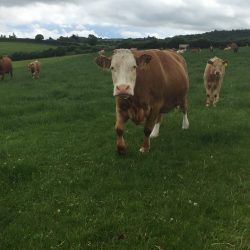 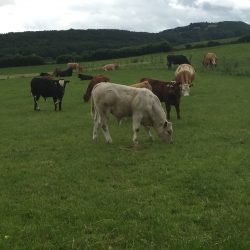 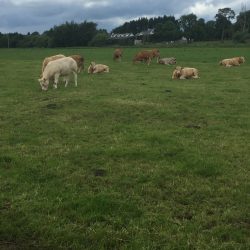 Store cattle will be finished by next spring 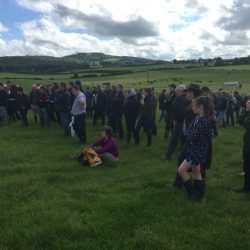 Crowds in attendance at the farm walk 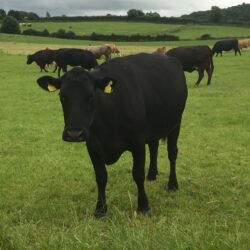 Cow type and the importance of genetics

The herd of 65 cows consists of a mixture of Limousin and Simmental cows and breeding both beefy and milky animals remain to the fore of the breeding policy.

Murphy said that he has focused on selecting stock bulls with high maternal and terminal values and in 2015 bought a new Limousin stock bull to meet these requirements.

Murphy also aims to calf all of his cows in a 10-12 week period with calving starting on the farm in the second half of January.

On the herd of 65 cows, this results in an extra 8.4 calves on the farm per year over the national average and this higher rate is worth €6,720 in extra output for the farm on a yearly basis.

80% of the cows in the herd are currently four or five star for maternal traits and Murphy added that the farm has already met the 2020 requirement of the Beef Data and Genomics programme.

Video: Check out the cows and calves on the Murphy’s farm

The Laois-based farmer also discussed the importance of grassland management and measurement to the profitability of his business.

Cattle are turned out to grass from the middle of February and Murphy said this would not be possible without measuring and stockpiling grass in the late autumn.

Before joining the programme, Murphy said there was no grass saved for spring turnout and as a result turnout on the farm tended to be later than it is now.

But, he added that grassland management has become a lot more structured and there is now more of a focus on measurement. Last year, the farm grew 13t of grass per hectare.

“You have to do a farm walk, you might know the grass is growing but unless you measure you can’t tell how much it is growing by,” he said.

Murphy also said the majority of the fields on the farm were index 1 and 2 when he started the programme in 2012.

But, since then he has focused more on improving the fertility of the paddocks on the farm through the use of compound fertilisers such as 10:10:20. 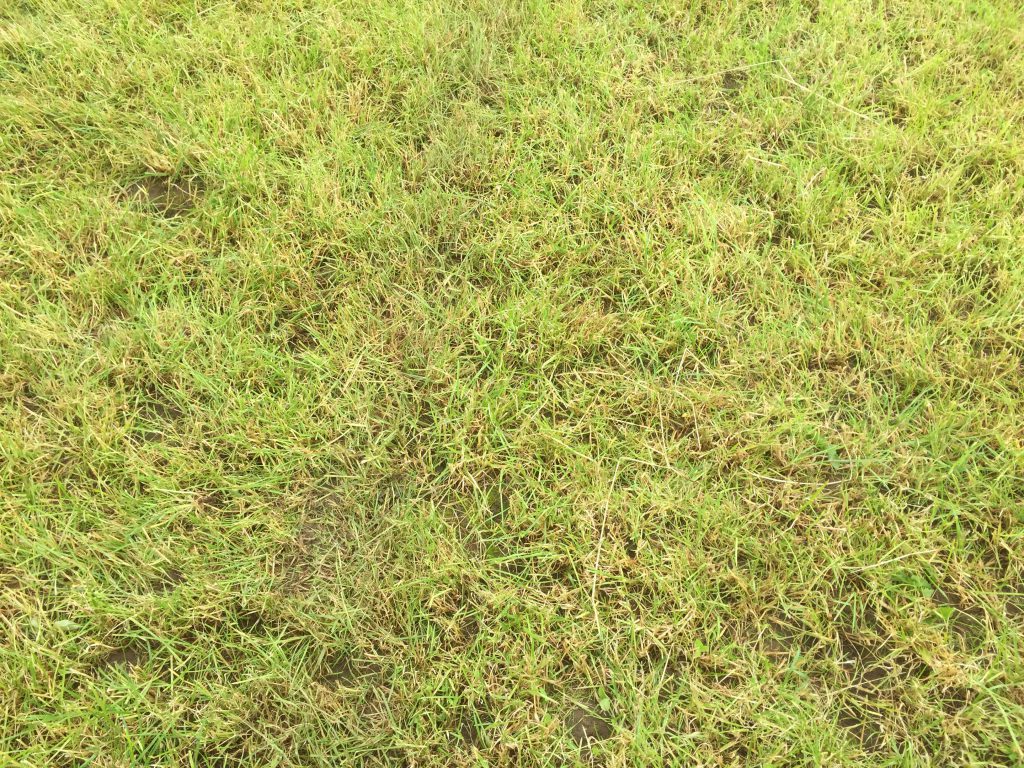 A recently grazed paddock on the farm