22,424t of oats (unmilled) were exported from Ireland in 2019, according to the Central Statistics Office (CSO). This far outweighs what was imported of the product.

The majority of the oats which were exported traveled to the Netherlands – 12,156t. 6,310t were shipped to Norway, while almost 3,000t went over the border to Northern Ireland. Small amounts also went to Great Britain and Poland. 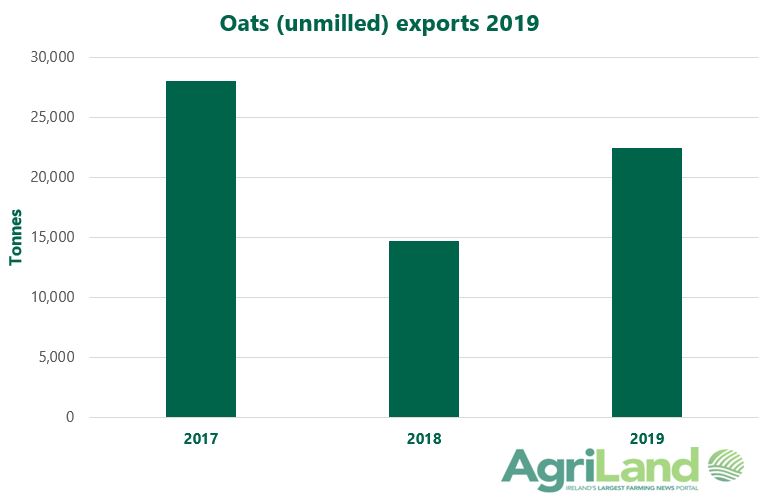 The amount of oats imported into this country is relatively small and helps to explain why the price paid for oats for animal feed is generally lower than barley or wheat. 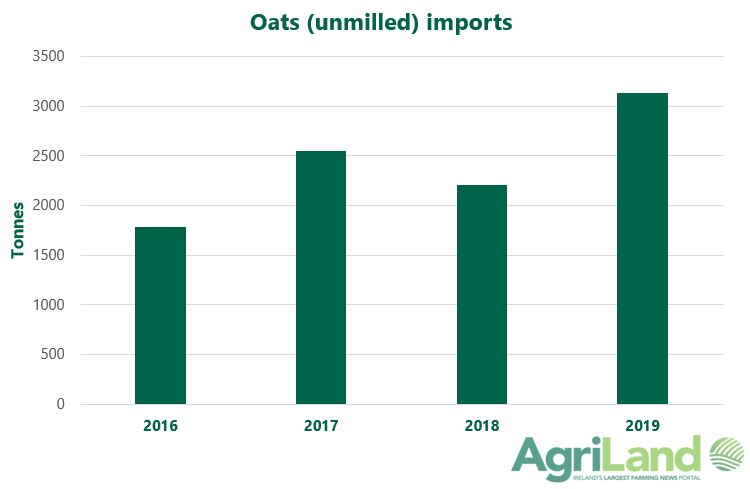 Over the past few days AgriLand has been publishing import and export figures for 2019 and they can be found under the ‘Tillage’ tab on the website or app!