In total, approximately 1.54 million tonnes of maize (not including sweet corn, unmilled, other than seed) were imported into this country in 2019 (January to December). That’s according to data from the Central Statistics Office (CSO).

This is almost 3.5% behind 2018, when almost 1.6 million tonnes of the product were imported in a year of severe drought and fodder shortages in many parts of the country.

The majority of this maize is used in the production of animal feed, while a certain amount is used for distilling. 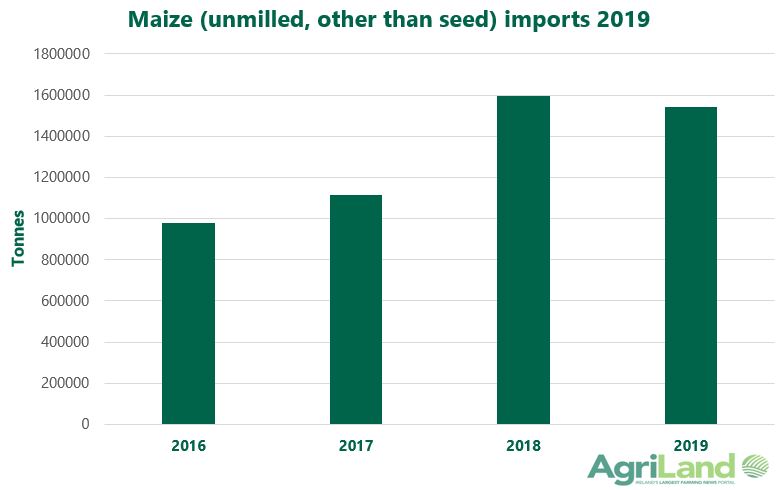 These imports came from numerous different countries, but the main suppliers can be seen in the chart below. 30% of the maize came from Ukraine; 27% came from Canada; and 23% came from Brazil.

6% crossed the border from Northern Ireland, while almost 5% came from France.

The amount of maize imported from France, which is largely assumed to be used in the production of whiskey, dropped significantly in 2019 to 75,409t – down from 122,970t. 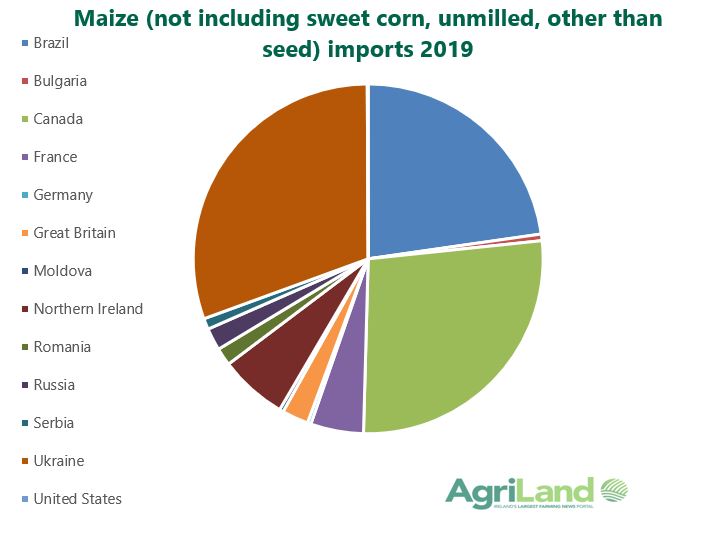 The CSO estimated the total value of this maize at €271,813,400, meaning that the average price paid per tonne was approximately €176/t.

However, it should be noted that this is raw data. This figure is the landed cost and would not include handling or transport to the mill, merchant or farm.

5,337t of maize seed were imported in 2019 and this mainly came from Germany, Great Britain and Northern Ireland.