Now is the time to fill in a fodder budget

What farmers are currently experiencing is exactly everything that they don’t need. After what can only be described as a disastrous winter, where feed reserves were exhausted, we are now experiencing a severe drought with little or no grass growth.

Now is the time that farmers had planned to replenish these fodder stocks and prepare for the upcoming winter. However, due to the lack of grass growth, many farmers are being forced to graze second-cut silage covers.

“We have 1,000 fodder budgets filled out and farmers are approximately 20% short of the feed they need for next winter. But, this is on the assumption of a second cut of silage.

“I can stand here and talk about what deficits are on farms across the country, but farmers really need to do a fodder budget for their own farms,” he said.

“In the past when a farmer was short of feed, they went and bought it somewhere and there was always some available.

“This is not going to be the case next winter. What we finished up with in late April and early May is what we are going to start with next winter; there’s no extra supplies left over,” he explained.

The majority of farmers are currently feeding winter supplies to stretch rotations and this will have a negative effect on winter feed reserves.

Pearse continued: “We are in a total different ball game now. We’re not just 20% short, but we are probably worse than that in a lot of situations.

“A lot of the measures cannot be put in place until the rain comes, but the rain is going to come and the plan is to be ready for when it comes.

“This is not to depress people or frighten people, but just to let farmers know that they need to act now. The sooner you act, the sooner you will get out of the problem,” he explained.

Completing a fodder budget will allow you to know exactly what you have and need. From this, farmers can make calculated decisions based on the results.

Enter silage to be cut 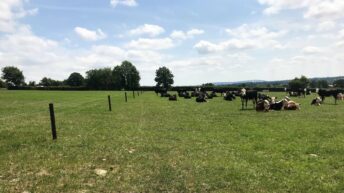 How one beef farmer changed tactics to deal with the drought