Relaxing brucellosis testing in Northern Ireland on the cards 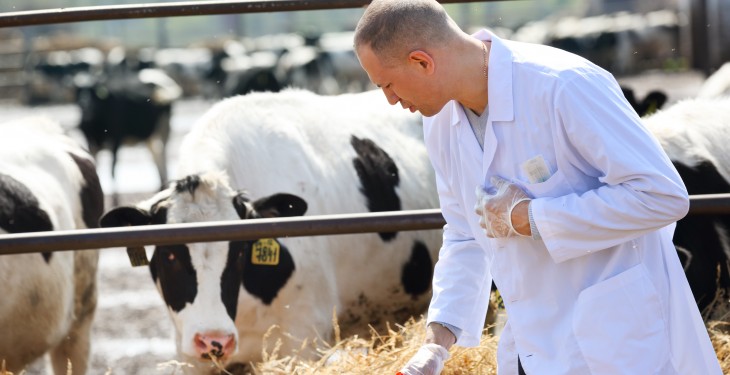 Farmers in Northern Ireland are to be consulted views on proposals to introduce a proportionate relaxation of the pre-movement testing controls for brucellosis.

The Department of Agriculture and Rural Development (DARD) has launched a consultation that will run from 11 April 2014 to 4 July 2014.

The proposed change would see an increase from 12 to 24 months in the age threshold at which cattle require a brucellosis pre-movement test and an extension in the length of the related movement window from 30 to 60 days.

The proposed changes would only apply to internal cattle movements within the north of Ireland. The requirements of the European Council Trade Directive 64/432/EEC relating to export to other Member States continues to require a pre-movement test to be conducted on animals that are intended for breeding and production and are aged 12 months and over within 30 days of export. These requirements will also remain in place for the export of cattle for breeding and production to Britain.

The last confirmed case of brucellosis in Northern Ireland was on 28 February 2012. Although a small number of animals have blood tested positive in the two years since then, none of these were confirmed as positive following laboratory culture.

If a country has a three year period without a confirmed outbreak of brucellosis and have 99.8% of herds Brucellosis free each year for five consecutive years it can, under EU rules apply to the European Commission to be awarded Officially Brucellosis Free (OBF) status. Provided there is no further confirmed outbreak of brucellosis in Northern Ireland, it is believed an application for OBF status will be made to the European Commission in March 2015.

A DARD spokesperson said: “Achieving OBF status would benefit all cattle farmers here through the subsequent progressive relaxation of both pre-movement and annual testing. However, one early measure that can be considered in advance of attaining OBF status is the relaxation of the current pre-movement testing controls for cattle moves internal to the north of Ireland.

“Cattle farmers and all other interested parties are therefore encouraged to engage fully in the consultation process by studying the related documentation and responding with their views.”