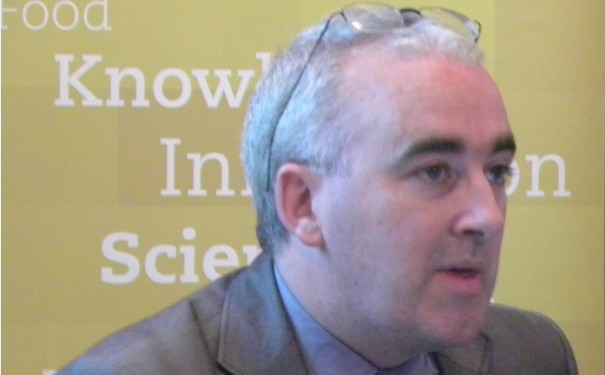 Professor Cathal O'Donoghue at the launch of the study.

Offaly and Carlow are home to the economically weakest towns in the country, according to a new study by Teagasc.

The Teagasc Index of Rural Towns also shows that women and young people are more likely to leave such areas in favour of areas of higher economic strength. The findings of the research show that unemployment is 25 per cent higher in the economically weakest towns than the national average and it affects the demographic makeup of rural areas.

Teagasc Head of Rural Economy and Development, Professor Cathal O’Donoghue said that rural towns and their immediate hinterlands account for about a third of the population and have been affected to a greater extent by the economic crisis in terms of unemployment. He also said that it’s not just the current economic downturn which that has affected the weaker towns. The economic boom, he said, hid issues that were already there.

The authors also said that infrastructure in rural towns was very important and community-level engagement was vital. Infrastructure, they said, must help develop town centres and said an issue for many towns was the location of larger multiples on the outskirts of towns which had the effect of sucking footfall out of the town centre. He pointed to Westport, Co. Mayo, as an example of where the town centre had been developed in conjunction with the growth of larger retailers in the town.

The study also shows that poverty rates are higher in small towns than in cities, while one third of working age households in small towns have no one in work.

Some of the main points of the report showed that:

Sligo and Cork were the counties with the highest average index, the report found. The authors noted that agriculture in Cork county was a strong factor in the county’s high rating.

They also noted that for many rural towns it was a vicious circle – more people are likely to leave the town if they are not working and therefore are not spending money in the town. Local authorities, it said, are the starting point, the authors said, but strong community leadership is also necessary.

Next week the Taoiseach, Enda Kenny, is launching the Commission for the Economic Development of Rural Areas in Castlebar. The Teagasc research was written to support the Commission.