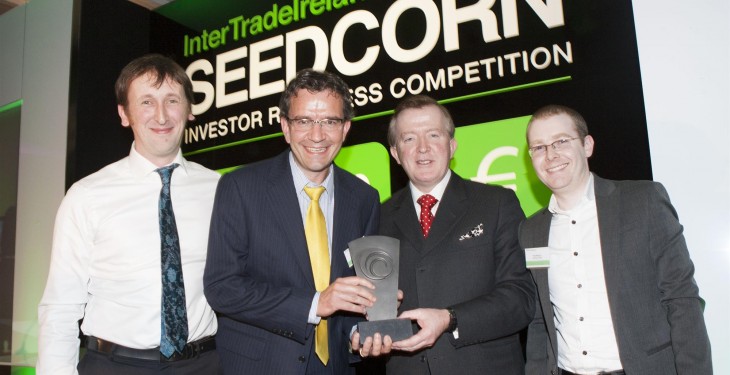 The winners were announced at the grand final of the competition at Clontarf Castle in Dublin, where Westway Health took away a cash prize of €100k.

Seedcorn is the island’s largest business competition for new start and early stage companies in any sector, from any part of the island.

Westway Health has developed a technology designed to tackle major problems in human and animal medicine and to fight antibiotic-resistant bacteria, such as MRSA. Westway Health has specifically focused on the treatment and prevention of bovine mastitis, (infection of the udder), which is a major health and economic issue costing the dairy industry in the EU and US more than €3bn a year.

Conventional antibiotics are currently used to treat mastitis. However this solution has poor treatment outcomes, leading to culling of cows and lost milk revenues, as milk from cows treated with antibiotics must be withdrawn from sale for a period of time during and after treatment.

Westway Health’s product, PanaMast, is the first non-antibiotic solution meaning farmers can continue to sell milk during and following treatment.  As up to 80 per cent of dairy cows exhibit some signs of infections at some stage each year, this will have a major impact on the bottom line of farmers and milk producers.

Prof Vincent O’Flaherty, chairman of Westway Health, said: “The Seedcorn competition process was a great learning curve and we received invaluable feedback from investors, entrepreneurs and advisors regarding our pitch and business plan.

“The potential market for PanaMast is €1.5bn per annum from the major markets across Europe, the US, Canada, Australia and New Zealand. We are absolutely thrilled to have received this recognition from the Seedcorn judges, especially when we were up against such tough competition.  The prize money will help us to fund formal clinical trials next year and advance towards our target of PanaMast hitting the shelves by 2017.”