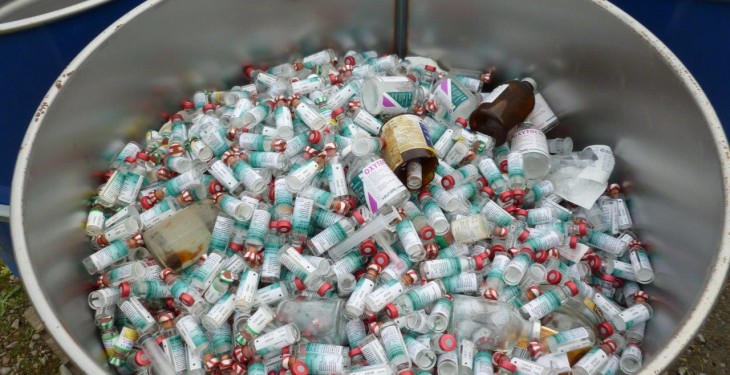 This week marked the successful conclusion of the pilot series of farm hazardous waste bring centres across the country.

The pilot campaign gave farmers the opportunity to bring their farm hazardous wastes to centres from Galway to Carlow where it was collected and transported to a hazardous waste facility for disposal or recovery.

The initiative was collaboration between Teagasc, the Environmental Protection Agency, the Department of Agriculture and local authorities nationwide.

Speaking  on the final week of the pilot in Thurles, campaign co-ordinator and Teagasc specialist Mark Gibson, said: “We are very encouraged by the response of the farming community to this pilot. In total we collected 90 tonnes of farm hazardous waste at the six bring centres. Almost 1,000 farmers travelled to the bring centres that we operated across the country.

“We collected some very interesting substances during the campaign, some up to 40 years old. The project has demonstrated clearly that there is a genuine demand for this type of service on an on-going basis. We will be carrying out detailed analysis on the sources and types of hazardous wastes and making recommendations based on the outcomes of this pilot.”

Mark Gibson continued: “We want to acknowledge the enormous input from all of the agencies that we partnered with on this initiative and we also want to thank all of the marts and businesses who kindly allowed us to use their premises during this important pilot.”

The campaign was facilitated by waste management company Rilta Environmental and WEE Ireland.