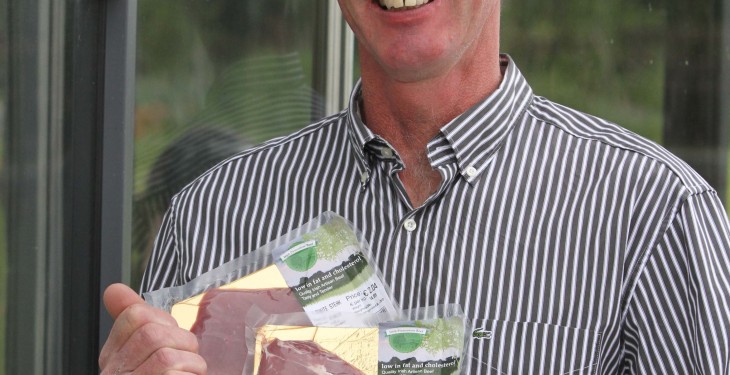 New research by Irish academics has revealed that Irish Piedmontese beef is lower in fat and cholesterol than conventionally produced beef, making it a more ‘heart healthy’ choice for Irish consumers.

Dr Joe P Kerry, senior College Lecturer at the School of Food and Nutritional Sciences at University College Cork (UCC), conducted the research in 2013, comparing steaks, roast and mince of both standard and Irish Piedmontese Beef.

Speaking about the impressive results, Dr Kerry said: “While trimmed fresh beef is lower in fat than most people are led to believe; steaks, roasts and mince beef derived from Piedmontese beef were even lower again for fat and cholesterol content, without losing any of the positive eating quality attributes.”

Produced in Tipperary and Laois by family farmers, John Commins and Michael Fennelly, Irish Piedmontese Beef underwent a series of tests by Dr Kerry’s team, which showed that Irish-reared Piedmontese cattle have, on average, less fat, fewer calories, lower cholesterol but higher levels of protein, when compared with regular beef.

Renowned of their lean muscle instead of fat, cooking times for Piedmontese Beef can be reduced by 30 per cent. Oven temperatures can also be decreased by 10 degrees Celsius, accentuating the flavour and resulting in a tender and healthier ‘fast food’.

Supported by Tipperary North County Enterprise Board, Irish Piedmontese Beef was set up in 2011, following a trip to Piedmont region in Italy where the farmers discovered the nutritional value of Piedmontese cattle. International research has shown that Piedmontese beef is lower in fat, cholesterol and calories than regular beef, fish or chicken as well as high in protein and essential fatty acids.

On the announcement of the findings by UCC, Commins, said: “This research has shown that for consumers who wish to follow a healthy lifestyle, Irish Piedmontese Beef is an ideal choice, being lower in calories and cholesterol and higher in protein ad Omega 3 than conventional cuts of beef. Having also recently won across the board on flavour and tenderness at an independent tasting panel at University College Cork, we can also say that this healthy option doesn’t in any way compromise on taste.”

Pictured John Commins, one of the founders of Irish Piedmontese Beef