Ireland set to blossom in Japan 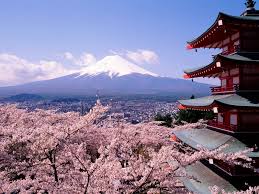 Taoiseach Enda Kenny and Agriculture Minister Simon Coveney will lead a trade mission to Japan next week with high expectations that the market will re-open to Irish beef.

The Japanese market has been closed for Irish beef due to a European-wide outbreak of BSE more than 15 years ago.

“Japan historically has always been an important market for Irish beef and beef offal. In Japan beef offal produced from grass can carry a premium. The Irish beef sector enjoyed strong trading relationship with Japan and we are keen to further enhance the trade between the Irish and Japanese agri-food sectors.”

Indeed a lot of work and negotiations has been ongoing behind the scenes.

Another positive example, was earlier this year Irish beef featured as the beef of choice the B’ocuse D’or, the culinary Olympics held in France.  A Japanese team of chefs won silver medal. And just this week the Japanese teams head chef came to Ireland this week as part of a gathering of chefs.

“We are looking to rebuild relationships and re-iginite beef exports. This mission will provide a platform for Irish business customers.”

Ireland exported €36.2m of Irish food and beverages to Japan in 2012. Pork accounted for 40 per cent of exports to Japan, dairy 22 per cent, seafood 18 per cent and beverages 16 per cent.

“Whilst pork is our largest category of exports, other products such as live oysters, salmon,  farmhouse cheeses, chocolates, honeys, craft beers and whiskeys  are also sold to Japan.”

“In the first nine months of this year, Japan imported 400,000 tonnes of beef, a three per cent increase on last year. In terms of beef offal, 64,000 tonnes were imported so there is huge opportunities for Ireland.”