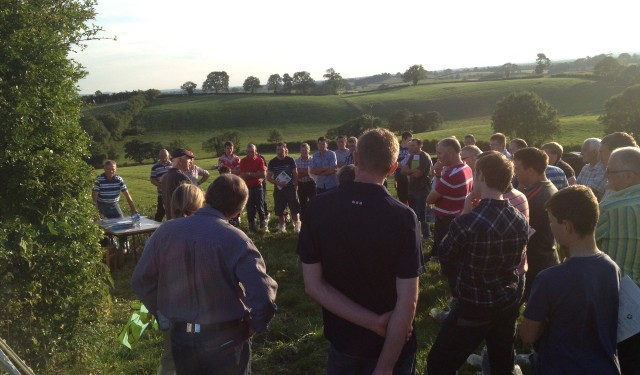 Milk price is seldom mentioned on our farm as the sole aim of the business is to operate at low cost and high profit. If milk price increases, profit increases and if milk price falls, the business should not come under huge financial pressure.

We hosted a farm walk last week, in tandem with National Milk Records (NMR) milk recording and the CAFRE dairy advisors. There was a great turnout thanks to the excellent weather. The farm is 100% spring calving, coming from an all year round calving base in 2012. There was great interest in the simplicity of the system and the focus on profitability. Having talked to several farmers after the walk, it was obvious that milk price was having a significant effect on so much of their decision making on farm.

Two comments that farmers said to me illustrated the negative effect of focusing on milk price:

“Grass quality has suffered this year owing to the good milk price..”

To maximise output from our cows, we must maximise energy input. Often farmers do not ask cows to clean out paddocks because they are trying to maximise milk yield, this will have a negative impact on both production and costs on the subsequent rotation as grass quality will drop significantly. Maintaining a rotation of good quality grass and using meal to top up higher yielding cows were needed (in a high input system), profit from the system will be high. If we reduce the energy content of our cheapest source; grazed grass, cost of production will increase and thereby erode the benefits of the high milk price!

“We dried the cows off later than usual as the milk cheques were significantly higher than other years”.

We dry cows off based on projected calving date and body condition; cows below target condition score will get an additional 3-4weeks dry. The benefit of this is that cows cycling earlier post calving, leading to higher in calf rates. We will also put cows on once a day milking post calving (for at least 3 weeks or until they express heat), if condition score is still below target, or if cows have a difficult calving and hold their cleaning. This has taken the pressure off these animals in early spring; they will peak slightly lower but their reproductive performance will be much better than if no corrective action was taken as more energy is available for improved reproductive performance. If milk price were to be factored in as significantly as some farmers suggested, early dry off and once a day milking would not be an option and it is likely that a higher culling rate would result, or at least an increased calving interval.

I made the comment that ‘Putting some cows on once a day does not drop milk yield significantly, it means that some of this year’s milk is delivered earlier next spring owing to better conception rates from these cows.

Each farming business must have a plan. If we let external factors, (sales people/milk price etc) alter this plan then we are at risk of eroding profits. Dairy farmers must target to have an efficient herd of cows, skilled people to work with and a reasonable finishing time – all contributing factors to a healthy and profitable business!

The meeting gave local farmers an opportunity to discuss issues with other farmers and the only negative element of the day was knowing that it may be another year or two years before another such event is held – There is no active research presented to N.I. farmers to improve either physical or financial performance, resulting in farmers experimenting for themselves, often at a significant cost.