‘Native species have a higher capacity to sequester carbon’

A Leitrim farmer has indicated this week that carbon sequestration can be managed effectively by planting appropriate tree species to land type. He has also pointed to the fact that the only way to solve the difficulties with afforestation in his native county is to allow farmers only to plant trees.

These sentiments were expressed by Kenny McCauley who together with his father Brian runs a suckler farm and wood-chipping business on the outskirts of Mohill in Co. Leitrim.

The pair have also planted 4ac of marginal land on their farm with birch and alder trees over the last six years.

His comments come on the back of rising concerns in Co. Leitrim that the over-planting of Sitka spruce trees has lead to issues with carbon sequestration.

McCauley, however, while admitting there is a problem, points to the importance of “the right tree in the right place” scenario to address the matter.

Where the question mark in relation to all this hangs is with regard to the species of tree that is used.

He continued: “There is strong suggestions there that Sitka spruce is a monoculture and is the only tree being planted – but this is a bit misleading.

“While it is commercially productive and viable there are other species that can work very well on the land here too.” 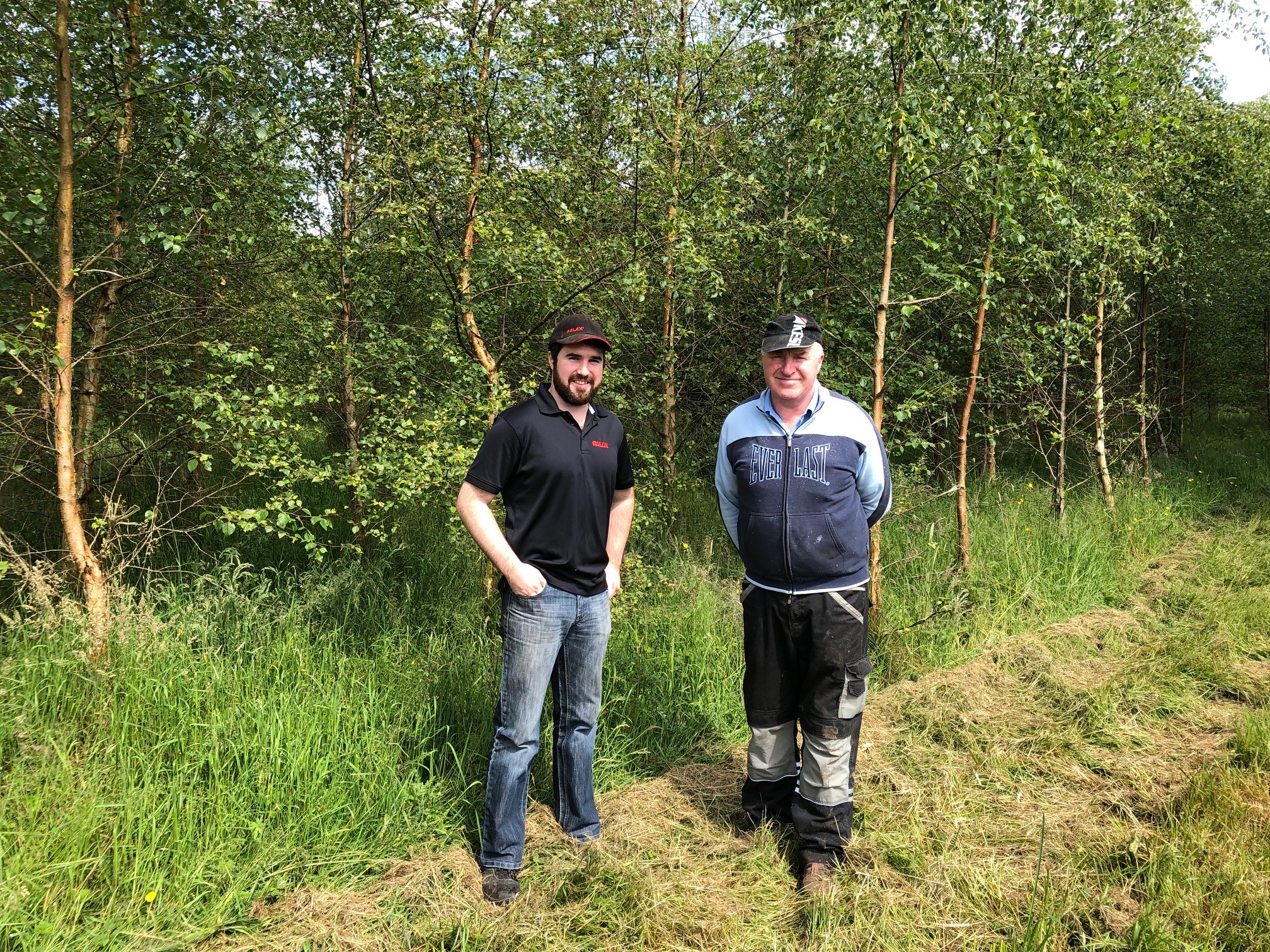 McCauley went on then to point to his own set-up and how it is working in tandem with soil conditions on his farm.

We planted our land with broadleaves – a mix of birch and alder – knowing that when we go to harvest we are only going to get a pulp wood rate for that.

He added: “That’s because its end market is for wood fuel production.

“Whereas if we had planted Sitka we would have commercial sawlog, pallet and stake and pulp – they are much more valuable markets.

“Therefore, it is important to point out that Sitka spruce is not the only tree type planted in Leitrim.”

‘Top of the charts’

He then pointed to the fact that while it makes up about 61% of 18.9% of afforestation in Leitrim and 51% of the 11% national cover there are counties – like Kildare – where there is a very low percentage of Sitka planted.

Having said that you still have spruce, Norway spruce and other species taking its place – that comes down to land types and suitability of trees.

McCauley continued: “From a growth or a yield perspective the suitability of Leitrim is probably top of the charts in Ireland.

“But apply that then to what is being achieved and the material it is delivering – there is a lot of information out there suggesting that conifers in general pose a threat to carbon sequestration.

“But I don’t think that you are comparing like with like there. You wouldn’t compare native woodland with a crop of wheat or barley or oats.”

McCauley says that, in terms of carbon sequestration, native species – oak for example – will have a higher capacity to sequester carbon – over a 200-year period and the rate of sequestration will be much lower.

But then when it comes to the end of the life-cycle of that tree the most likely market for it is wood fuels – firewood.

He continued: “The carbon will most likely be emitted when that tree either rots into the ground or it is burnt or combusted.

“With regard to Sitka a high percentage of that goes to the saw-milling market and is turned into longer-term products, commercial timber for use in construction industry and furniture.

“The carbon in that case stays ‘locked in’ longer and that cycle is repeated every 30 to 35 years.”

The forestry expert went on to say that what happens during the life-cycle includes storage batches of carbon becoming ‘locked in’.

While there are peaks and troughs in the soil and a clear felling – you will have carbon emission from the soil due to soil disruption.

He continued: “However, a lot of that is then cancelled out by the next planting of the crop.

“If you look at the data on carbon sequestration – that has been published over decades – what is emitted during harvest and through interaction with the trees is then recaptured on the next crop. 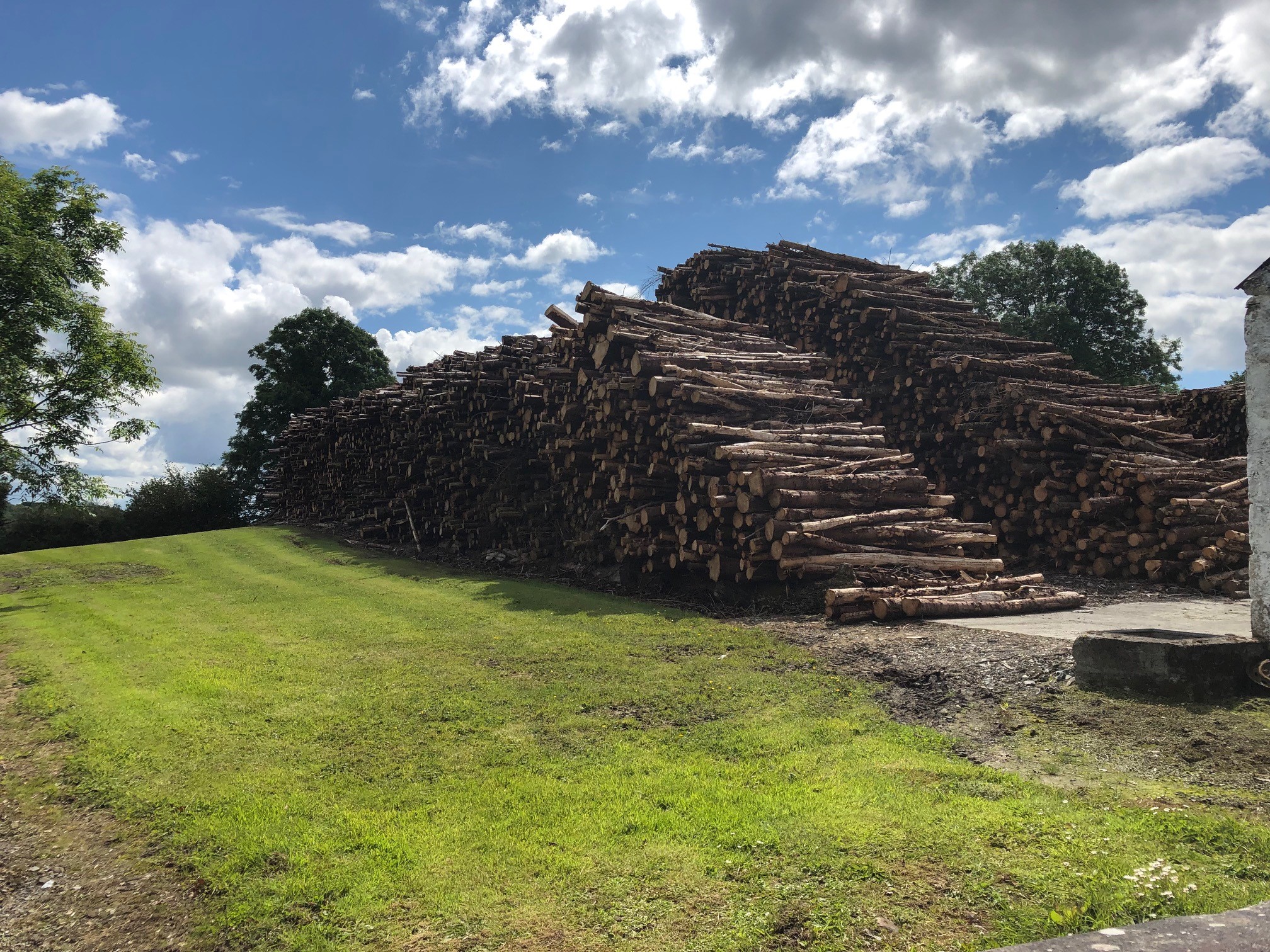 “Then add in the fact of stored carbon and the products it produces – you have gains there, but the biggest gain of all is in terms of displacement of carbon-intensive products such as steel or cement.

“So when more wood is used in construction as opposed to steel or cement, not only is there a locked-in carbon source you are also displacing the need for producing a very carbon-intensive product.”

Land diversification: 'What works well for us may not work for someone else'