An Bord Pleanala’s green light for the €140m whiskey maturation warehouse development at Moyvore, Co. Westmeath, will make a real difference to the local rural community and surrounding areas, according to deputy Robert Troy who lives nearby.

The 12 whiskey maturation warehouses developed by Vault Storage Ltd will have the capacity to hold 16,500 casks each. Once built, the Moyvore facility will be the largest independent whiskey storage unit in Ireland, according to a statement issued by Vault Storage.

Westmeath Co. Council refused planning permission for the Moyvore facility last February. The appeal campaign was backed by agriculture minister, Michael Creed. Such facilities were critical to sustain the expansion of the sector, he said.

An essential part of the legally-defined production process is the requirement that Irish whiskey must be matured in wooden casks on the island of Ireland for a minimum of three years, said the IWA.

“There can be no Irish whiskey without maturation on the island of Ireland,” said the head of the IWA, William Lavelle.

“Earlier this year, we were looking at a potential future shortage of maturation warehouse capacity. Thankfully, this positive decision from An Bord Pleanala, coupled with recent grants of planning permission for maturation warehousing in both Co. Cavan and Co. Antrim, means the Irish whiskey industry can be assured that this threatened bottleneck in the production process will be avoided,” he said.

“The decision by Bord Pleanala sets an important precedent which should provide clarity to local authorities when they come to assess future planning applications for maturational warehousing,” said the IWA head. 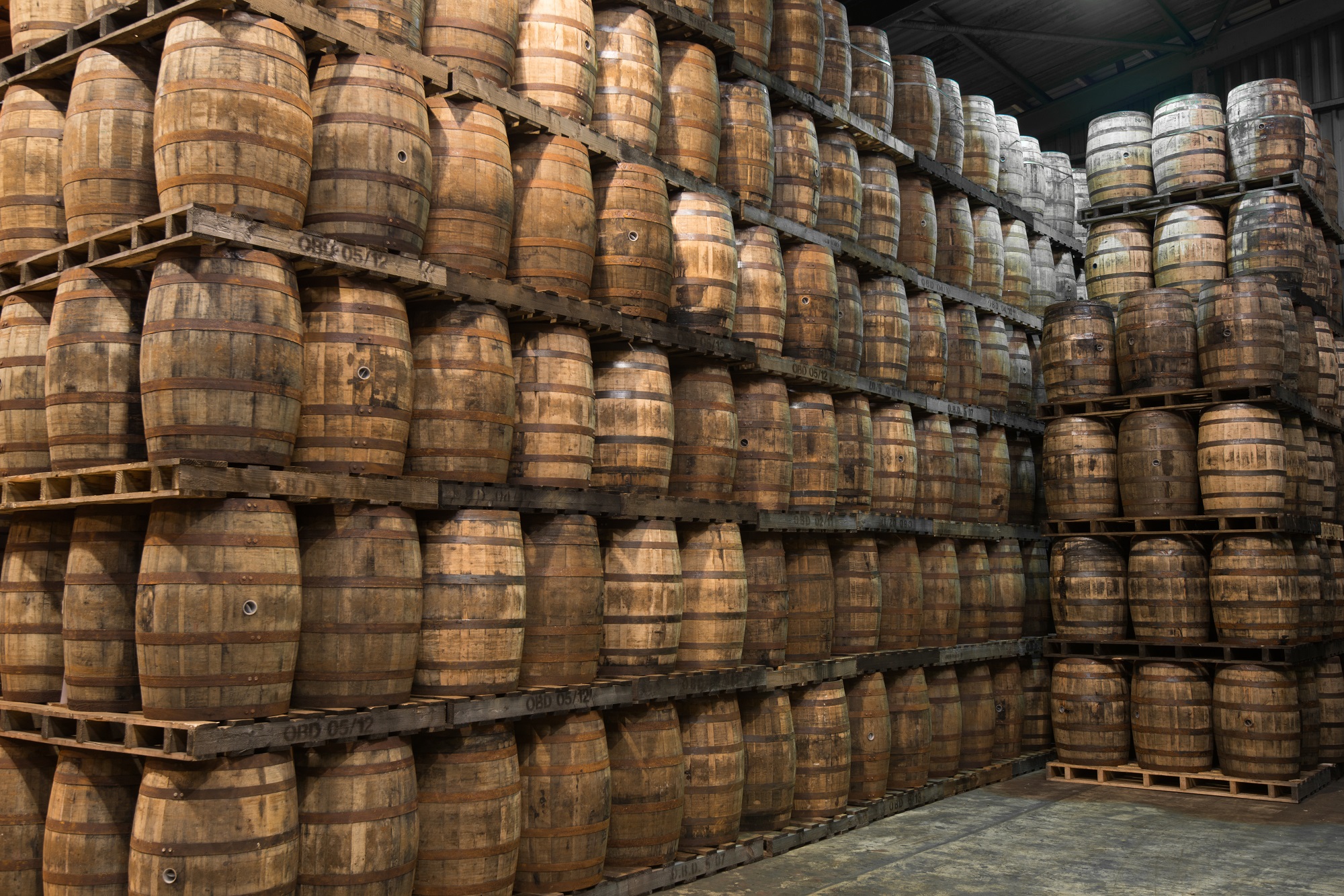 “This is a positive development for the local economy in Co. Westmeath which will deliver significant development potential. Employment opportunities will be created during construction and operations, in addition to supporting local business.

This is a local project with a national remit – these casks matured in Co. Westmeath will serve Ireland’s booming whiskey industry, contributing to its ongoing growth and development and ensuring continuing purchases from the Irish tillage sector.

Alan Wright, CEO of Vault Storage Limited, said: “We are absolutely delighted with the news and must commend An Bord Pleanala for its thoroughness and foresight in delivery of this approval.

“This facility will create 80 jobs during the construction phase and then 20 full-time jobs in phase one of operations.

“The Irish whiskey industry is world-class and continues to go from strength to strength. Maturation and storage are an essential part of the business and our facility, Moyvore, Co. Westmeath, will serve as the ideal location in terms of accessibility, safety and space,” said Alan Wright.

We are determined to be in a position to cater for domestic and international whiskey producers by 2021 and are keen to commence phase one of construction by June 2019.

“Once open, our facility will provide a full-service operation for the industry with offerings such as: cask storage; whiskey cask storing; filling; degourging; product registration; product management as well as all administrative duties.”

The Vault Storage Ltd CEO expressed thanks to its team members who provided guidance and expertise as well as minister Michael Creed and deputy Robert Troy for their support with the project.

“Our main priority now is to break ground and swiftly be in a position to offer world-class storage units to producers.”

Deputy Troy said the green light for the development vindicated the position he took from the outset. “It was proper planning to locate the maturation facility there. I didn’t take the decision lightly. I read up on the subject and visited two similar facilities outside Cork. I was confident that the development would not have a negative impact on the area,” he said.

“We are talking about a village with a very small population and this development will make a significant difference. It might mean not having to commute for some people. People who have left the area may get the opportunity to return.”