Meat Industry Ireland (MII) last night threatened to pull the plug on tomorrow’s high-level talks with the Beef Plan Movement, and other key stakeholders, as it claimed “protesters” continued to maintain a presence in the vicinity of Kepak Athleague, Co. Roscommon.

In an email sent to the office of Minister for Agriculture, Food and the Marine, Michael Creed – and seen by AgriLand – MII chairman Philip Carroll stated that “there are still eight people present in Athleague” – an occupancy it considers to be “in breach” of the movement’s commitment to suspend all protests pending the outcome of tomorrow’s round-table meeting – aimed at breaking the ongoing impasse between the two parties.

The email states: “There are still eight people present in Athleague. The tent they occupy is on the GAA pitch across the road from the factory where it has been all week.

“It is clearly part and parcel of BP [Beef Plan] protests. As such it is there to act as a deterrent to suppliers wishing to deliver cattle for processing and is thus in breach of the requirement to suspend all protest.

A BP ‘WhatsApp‘ post clearly indicates that they intend to retain a presence in Athleague. Should their presence continue beyond 10:00am tomorrow [today, Sunday], MII will not attend the meeting scheduled for Monday.

The correspondence includes the wording of a “message” that MII claims appeared in a Beef Plan WhatsApp thread as outlined below:

“BP WhatsApp message: ‘But first our presence will remain in the tent in Athleague on a scaled down version 24/7. No picket just presence. Call in any time, chat and drink tea, but we remain.'”

AgriLand understands that there had been no engagement between those located at the tent on the GAA grounds and those delivering cattle to the factory since the protest was called off just 48 hours ago.

However, it is also understood that the tent in question has now been removed and an update on this has been circulated to the minister’s office. 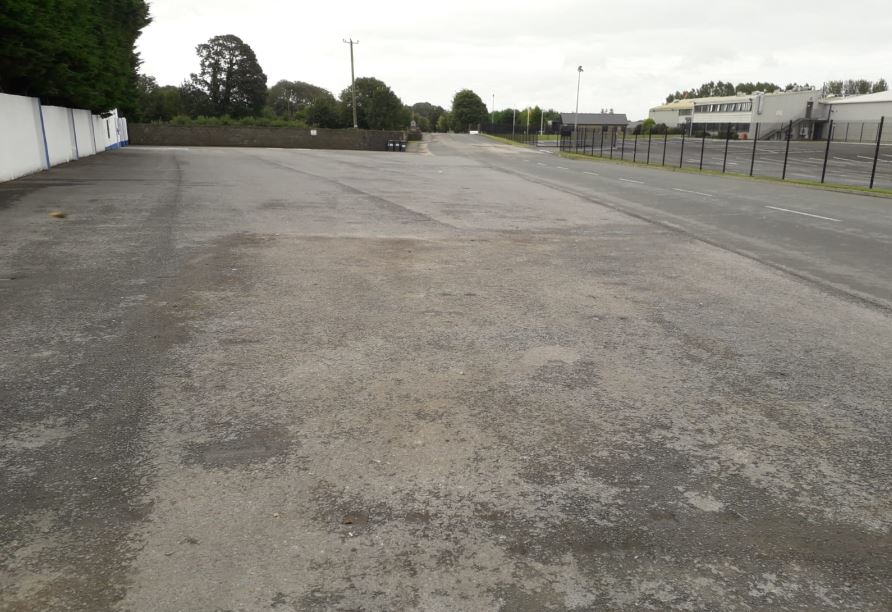 Photo of site in question – taken this morning, Sunday, August 11

Yesterday, Saturday, August 11, it was also brought to the attention of the minister’s office that an alleged Beef Plan protest still remained in place outside Slaney Foods in Bunclody, Co. Wexford.

In a communication from the minister’s office – also seen by AgriLand – it was stated that while the office was “not in a position to verify if the situation outlined is in fact the case”, the movement was urged to “uphold its commitment to the agreed proposal”.

The communication states: “It has been brought to the attention of the minister’s office that a number of protests still remain in place, namely in Slaney Foods Wexford and Kepak Athleague.

“It is critical to the integrity of this process that both parties uphold their commitments to the agreed proposal.

“The office of the minister is not in a position to verify if the situation as outlined is in fact the case nor indeed is it the role of this office to adjudicate or enforce this agreement. This communication is a request to ensure that every effort is made to protect the agreement which has been entered into in good faith by all parties.

“I trust you will use your good offices to ensure that the Beef Plan Movement adheres to all of the terms agreed,” the communication concludes.

After 12 days and nights of protest outside 22 factories, the Beef Plan Movement and MII accepted compromise proposals put forward by the Minister for Agriculture, Food and the Marine, Michael Creed, last Friday night, August 9.

It has been agreed that all protests at meat processing plants and legal proceedings are to be suspended with immediate effect until the agreed talks – scheduled to take place tomorrow, Monday, August 12 – have concluded.