An event centred around commandeering the High Nelly bicycle in vintage attire is set to take place in Laois and Kilkenny on August 24 and 25, beginning at Aylward’s rural heritage museum, Durrow, Co. Laois.

Meanwhile, the rural community of Ballinakill village, also in Laois, will host the inaugural ‘Twin Trees‘ arts and culture festival from August 22 to 25. The events, which both form part of Heritage Week, follow on from the hugely successful Durrow Scarecrow Festival.

The Bulfin Heritage Cycle Rally 2019 is titled ‘Meandering Monks and Medieval Miles’ and will incorporate talks, re-enactments and pageants. The medieval heritage of Laois and Kilkenny will be explored, along with the connections that existed between the counties in that era, some of which resonate to this day. The lives and ways of the associated saints – Fintan, Canice and Fergal – will also be recalled.

Highlights will include a visit to Aghaboe Abbey in Laois, and St. Canice’s Cathedral, Kilkenny. The medieval mile in Kilkenny will be part of the itinerary.

The heritage cycle, which has taken place annually since 2015, was inspired by Birr native William Bulfin who returned to Ireland in 1902, having worked in Argentina. He purchased a steel framed bicycle, made by Pierce of Wexford, and set off on a road tour of his beloved Ireland. 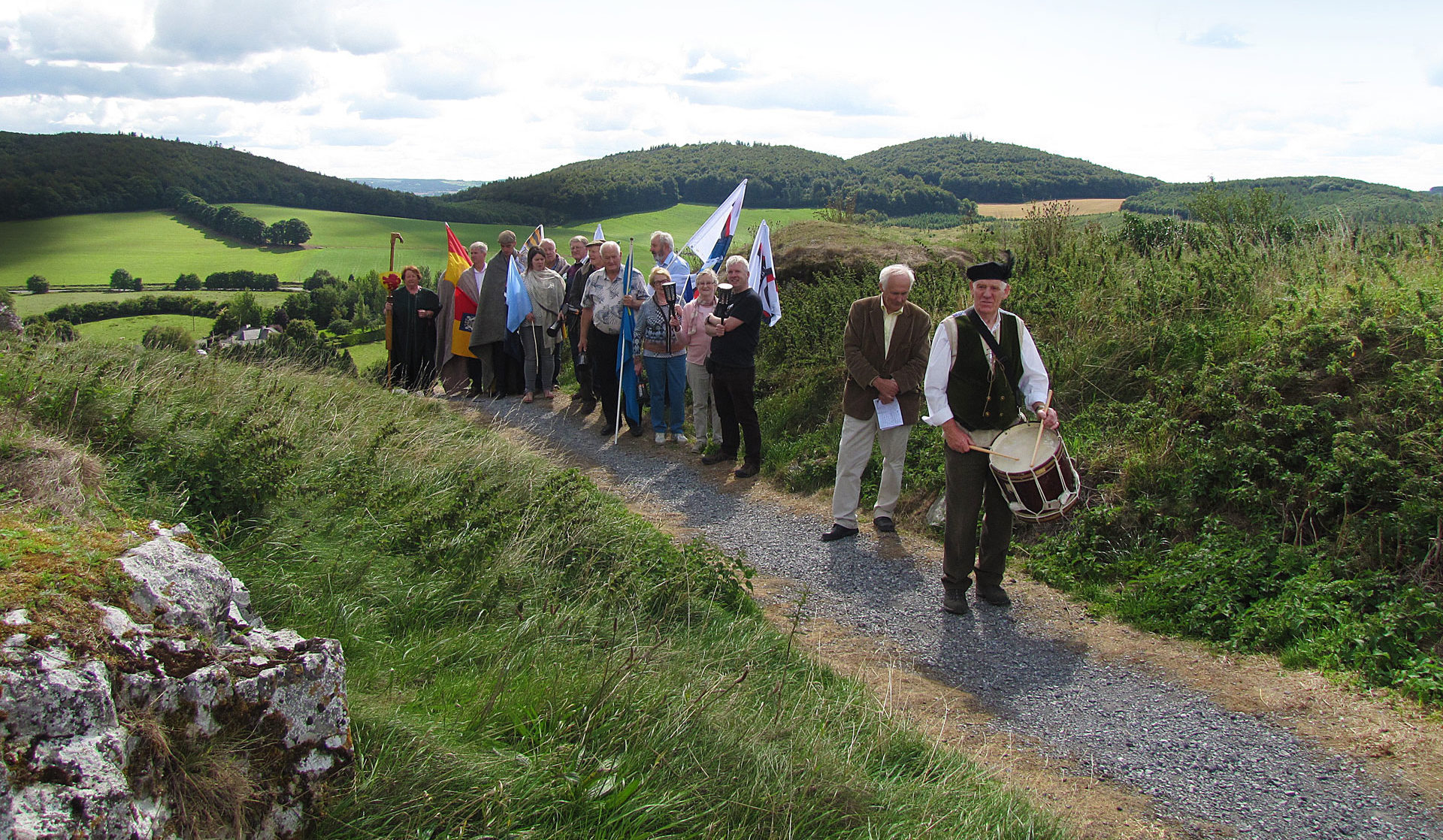 His journey covered a route of over 3,000 miles, along the countless byways and country lanes of all four provinces. He recorded the details of his venture, cataloging all the places he had visited, the people he encountered and the histories they imparted, both whimsical and factual.

These writings were published in 1907, in the book ‘Rambles In Eirinn’, recognised as being an important social and historical documentation of Ireland in that era.

The cycle is divided over two days, with an average daily distance of approximately 22 miles. All cycling will be at a very relaxed pace, punctuated with many breaks, as various heritage sites are encountered, according to Hugh Sheppard of Durrow’s Vintage Legend Cycle Club.

“Ours is not an endurance cycle, but one of appreciation – heritage on a High Nellie, we like to say,” said Hugh.

“Perhaps it’s time to dig out that old vintage bike and hit the road with the Bulfin Heritage Cycle Rally on August 24 and 25. For the first time, we are offering the option for non-cyclists to join us, by availing of our heritage bus option.”

Full details are on: www.bulfinheritagecycle.com.

Meanwhile, Ballinakill Community Development Committee is fighting rural decline with a range of initiatives, from the recent reopening of the village’s outdoor swimming pool to the introduction of the new ‘Twin Trees’ Heywood arts and culture festival.

“The overarching aim of our festival is to highlight the rich history and heritage of Ballinakill, with the dates for next year’s En Plein Air landscape painting already set for August 20, 21 and 22,” said Caragh Burns-Sharma, PRO of Ballinakill Community Development Committee.

“Our 2019 festival is inspired by the 150th anniversary of the birth of Sir Edwin Lutyens, the celebrated architect who created the exquisite formal garden at Heywood gardens in Ballinakill,” she said.

“The festival will take place during Heritage Week 2019 and, on Saturday 24, we are delighted to welcome Amanda Pitcairn, a direct descendant of Sir Edwin Lutyens, and representatives of the Lutyens Trust. Their knowledge and expertise will be imparted during our tours, talks and afternoon tea package, on August 24, starting at 12:00pm.” 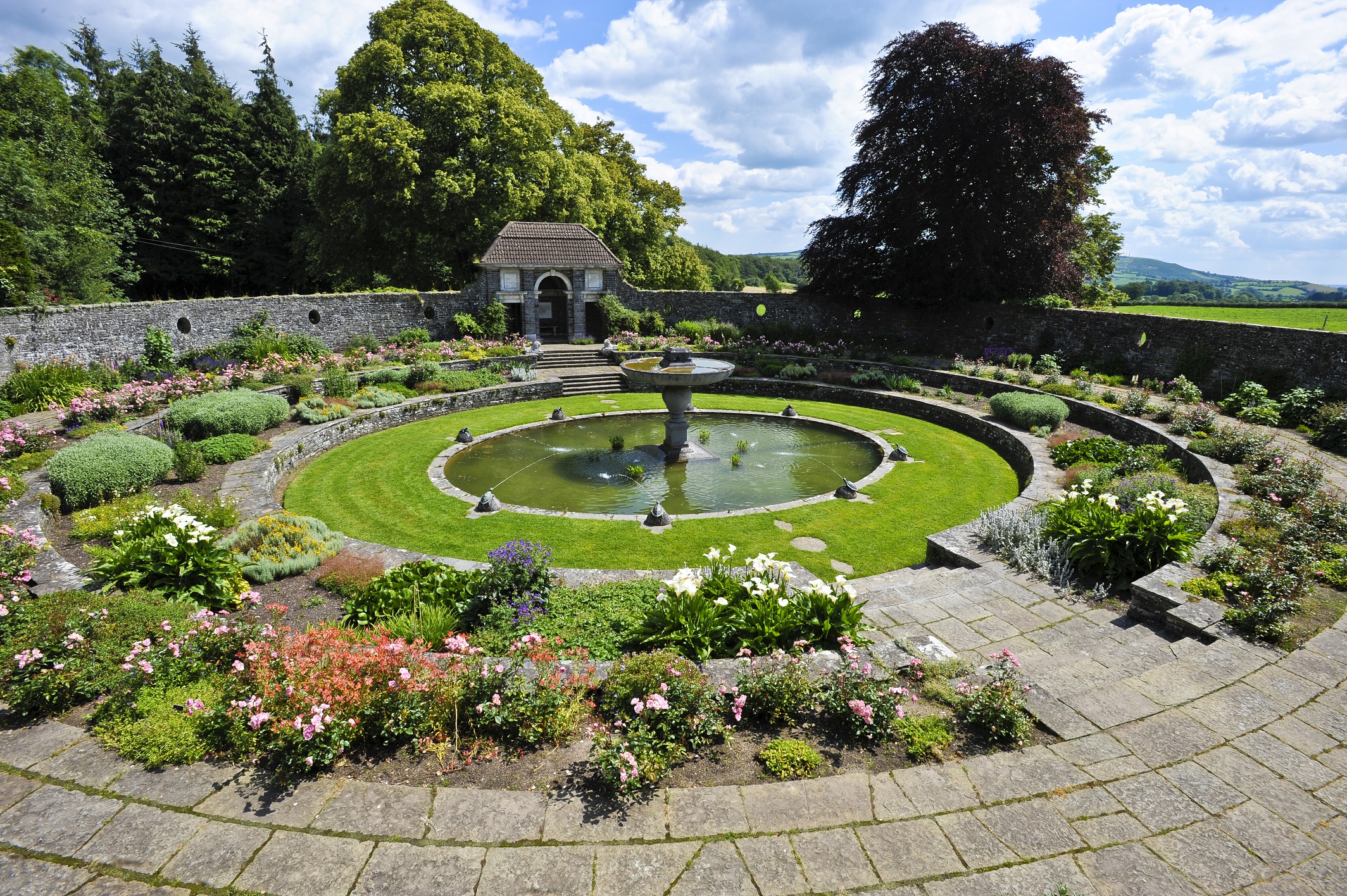 After touring Heywood Gardens with Amanda, David Averill of the Lutyens Trust will deliver a talk in All Saints’ Church, Ballinakill, titled ‘Lutyens and Heywood in Context.’

“We then break for afternoon tea in Ballinakill village, before Dr. Matthew Jebb, the renowned Irish botanist and director of the National Botanic Gardens, delivers his talk ‘Lutyens, Lambay and Jekyll’.

“Saturday 24 promises to be a great celebration with numerous events, including our picnic and musical evening, hosted on the spectacular lawn at Heywood gardens. This is a free event, and we encourage families from near and far to bring along their own picnic, relax in the stunning surroundings, and enjoy the beautiful music.

“The following morning, at 11:00am, again utilising the wonderful setting of Lutyens’ creation, we begin the final day with yoga in the garden, tutored by Simon Rogers of Blackhill Woods Retreat.

“There will be a range of many other interesting activities and events during the festival, such as our fishing competition, and our floral artistry display, curated by Eva Holmes, with works created by Durrow and Cullohill, Flower and Garden Club, and Kilkenny Flower Club,” said Caragh.

“It promises to be a great event, with established artists from around the world attending, and fantastic support from the Office of Public Works. We expect to attract a lot of tourists to the area,” she said.

Further information is available on: www.twintrees.ie.

How one community 'pooled' its resources to fight rural decline