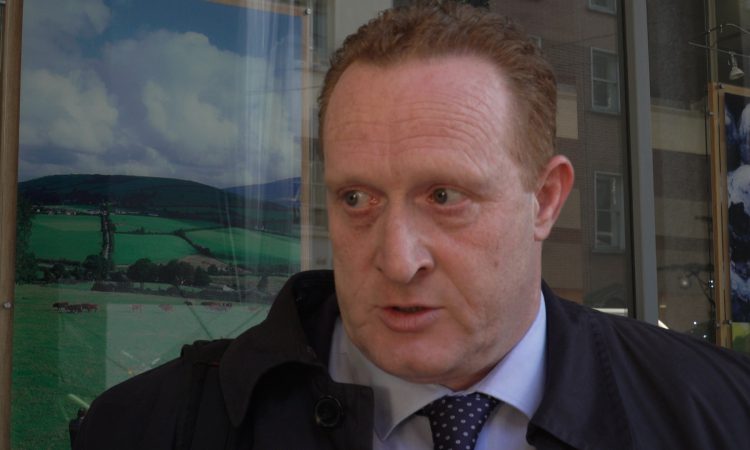 The director of Meat Industry Ireland (MII), Cormac Healy, has expressed optimism that a rise in Irish beef prices is on the way.

Speaking to AgriLand outside Agriculture House following the conclusion of the inaugural Beef Market Taskforce meeting this afternoon, Tuesday, December 3, Healy said: “We had a long meeting today and, overall, it was constructive engagement from all the parties.”

The MII director outlined that during the course of the meeting “there was concerns raised about where price is at the moment” and noted the farm organisations had “equal and strong demands that price would improve immediately”. He acknowledged the farm representatives’ requests saying: “We understand that; that’s quite clear.”

Healy told AgriLand: “What we indicated was: firstly, yes there have been some green shoots or improvements in price around Europe and in the UK and we hope to see those feeding through into an Irish position as soon as possible.

There are issues in terms of value from the market just at the moment but we hope to see that [beef price improvement] happening without delay.

Commenting on the meeting, the MII director noted: “We went through a wide range of issues that are in the action plan.

“It was about implementation of those issues. On many of the actions, implementation has taken place but I think there’s more work to be done on others.”

He said: “There’s no reason from today that there wouldn’t be ongoing work on the taskforce.”

He added that the taskforce has “a job of work to do” but acknowledged “it was set up to do that”.

We have eventually got down to sitting round a table and I think we can continue with that.

“The farm organisations were fully engaged on pushing the points and agendas they have and the priority issues they have,” he said.

Healy outlined there was a lot of discussion around the beef tracker that Bord Bia recently launched.

Concluding, he said: “I think that’s welcome; it’s bringing transparency and showing where we are versus other markets and our main export markets.”

In a separate statement after the meeting, MII said is would relay farmers’ calls for price improvements to its member processors.