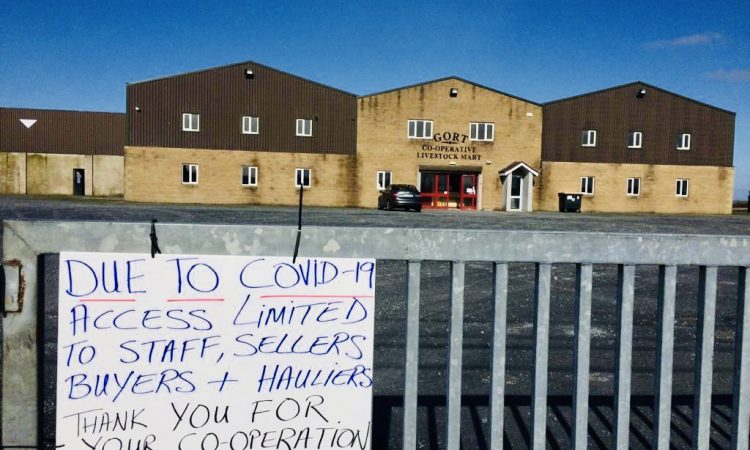 Marts are set to operate “farm-to-farm movements” for those that need to move stock in the short-term, the Mart Managers of Ireland (MMI) has confirmed.

After this evening’s unexpected announcement from Taoiseach, Leo Varadkar, that all livestock marts across the country will suspend trading from midnight tonight, Tuesday, March 24, Eimear McGuinness – manager of Donegal Co-Op Livestock Mart and chairperson of MMI – spoke to the Department of Agriculture, Food and the Marine about options for continuing the trade.

In a statement to AgriLand, the chair of MMI – which represents around 30 marts nationwide – confirmed that all its marts would shut down with immediate effect in support of the Government’s effort to contain the spread of Covid-19.

“Members of our group had gone to great lengths over the past two weeks to conduct sales in a manner that both buyer and seller were at minimal risk.

“This was also done to relieve farmers of massive pressures at the moment with cows calving and ewes lambing – and to keep livestock moving through the system.

“However, this decision has now been taken out of our control and we will work as best we can with this decision.”

The statement continued: “After speaking to the Department of Agriculture this evening, we can confirm that marts will be able to operate a system where farmers who need to move stock, in the short-term, will be able to do so.

“It will not be through a live auction; but through methods not unlike farm-to-farm movements.

MMI advised that marts have the added advantage of “safe purchaser intel” which can be used to sell stock on behalf of the farmers.

“Stock can be weighed and payment guaranteed through the mart system.

“We urge all farmers to contact marts to arrange such sales and we also wish to offer any assistance we can to any farmers in our areas through this difficult period,” concluded McGuinness.