Two dogs have been shot following an incident which saw a number of in-lamb ewes killed in a dog attack in Co. Meath earlier this week.

In a brief statement on the matter, members of An Garda Síochána issued a warning to dog owners to keep their pets under control at all times, following the incident.

The attack took place yesterday, Monday, March 23, in Dunboyne, not far from the Dublin border.

“Unfortunately, another farmer has had to deal with a sheep kill on his farm in Dunboyne,” the statement said.

Continuing, the statement said: “Six ewes in lamb were killed during the incident yesterday by two dogs.

“The dogs were subsequently shot during the attack.”

No matter how friendly your pet dog is with you at home the natural hunting instinct comes out in them when they go into a field where there are animals and not under control.

“You must keep your dogs under control at all times either at home or while out with them,” the statement concluded.

Back in February, the Irish Society for the Prevention of Cruelty to Animals (ISPCA) has warned dog owners that “in certain circumstances, farmers may be legally entitled to shoot dogs”.

The warning was issued on Monday, February 17, and comes following a spate of dog attacks on sheep.

The ISPCA’s CEO, Dr. Andrew Kelly, outlined: “In certain circumstances, farmers may be legally entitled to shoot dogs to protect their flock if they are endangering livestock on their property.

If you live or walk near a farm, particularly a sheep farm, you must ensure your dog is under control and that it cannot escape from your property at any time.

The ISPCA also reminded dog owners that it is “a legal requirement” to have all dog’s microchipped. 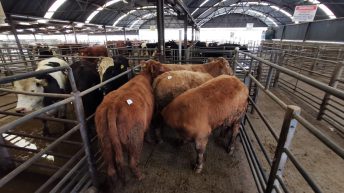 ‘All marts to close’ – Taoiseach update on Covid-19