A man in his 40s has been hospitalised following a collision involving a tractor near Duagh in Co. Kerry this morning, a spokesperson for An Garda Siochana confirmed to AgriLand.

The accident is said to have occurred at around 7:00am this morning (Friday, August 31) just a few kilometres from Listowel.

It is understood that a collision occurred between a tractor and a van. Emergency services were called upon to attend the scene.

The driver of the van, a man in his 40s, was then taken to University Hospital Kerry. He was the sole occupant of the vehicle.

Advertisement
The Garda spokesperson confirmed that the man’s injuries were serious, but not life-threatening.

Meanwhile, the driver of the tractor – a man in his 30s – was uninjured. Investigations into the incident are ongoing. Local reports suggest that the road was closed for a time following the collision, but it has since reopened.

Meanwhile, two members of An Garda Siochana were injured earlier this week when a loose horse struck their car while they were out on patrol in Co. Limerick.

In a statement on the matter, it was confirmed that the collision occurred at approximately 4:30am on Tuesday, August 28.

Gardai were reportedly attending an incident on the N18 between the Limerick Tunnel and the Roxboro Road junction, when an official vehicle was struck by a runaway horse which was killed instantly.

The two Gardai who were travelling in the car were taken to University Hospital Limerick with minor injuries, the statement added. 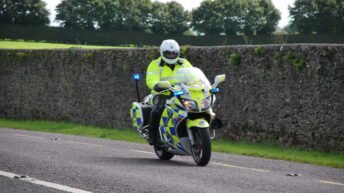 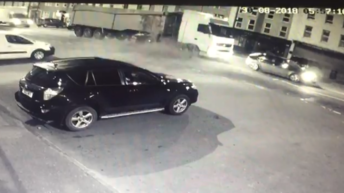