A man in his sixties has died after being injured by an animal today (February 26), An Garda Siochana has confirmed to AgriLand.

Gardai are conducting an ongoing investigation in the vicinity of the village of Glinsk in the east of the county, near the border with Roscommon, approximately 70km from Galway city.

A Garda statement released to AgriLand explained that the incident took place shortly after 12:00pm today; the man was injured by an animal and subsequently passed away.

Sadly, this is the second incident of an animal-related fatality in Connacht in just over 10 days.

On February 15, AgriLand reported that a man in Leitrim had passed away two weeks after being attacked by a bull.

Anthony Cull, 32, died on February 14 after complications arose in his recovery from the initial attack, which occurred in a slatted shed.

Although we are only in the second month of the year, there have already been a number of farm-related tragedies in 2019.

Earlier this month, a man in limerick died after falling on his farm in the vicinity of Broadford, in the south of the county.

Patrick McLoughlin, 71, had been checking on a cow that was due to calve when the incident occurred in the early hours of the morning of Saturday, February 2. 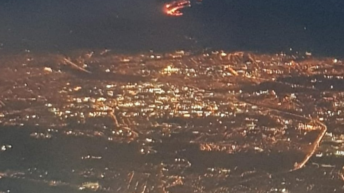