Taking the guesswork out of a robotic grazing system 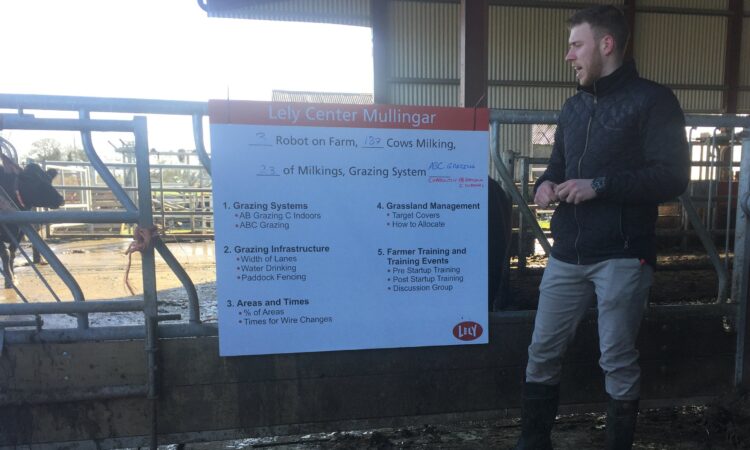 “Many farmers look at improving their grassland management as a negative to having robots, which is more of a positive than a negative,” outlined Sean Callan – farm management support advisor (from Lely Mullingar)  – at one of Lely’s recent information seminars.

“The main systems we are installing on farms at the minute are A, B grazing and C indoors, or a full time A,B,C grazing. This means eight hours on each block,” explained Sean.

Touching on the infrastructure involved he said: “A lot less infrastructure is needed for this system compared to a traditional system. You can carry up to 200 cows on a 2m roadway, because the cows are coming in individually rather than in one big group.”

Some farmers turn away from robots because they feel they won’t suit their farm’s layout; but Sean explained that “robots can work on many different farm layouts”.

“The A and B block are the two furthest away – 2:00am to 10:00am and then 10:00am until 6:00pm. This is where you get your two biggest bouts of grazing in the day.The wires for A and B are usually moved in the morning and the C wire is moved in the evening,” explained Sean.

Grassland management is needed at a higher level than a traditional farm, but it is at the same point in terms of the level everyone should be at.

“You want to see cows sieving in and out throughout the day, which comes from the right grass allocation on the correct cover.

“Farmers can get hung up when it comes to allocating grass. But, what a lot of farmers use is what the cows grazed the day before and how well they came out of the paddock.

“So, if we see they are coming out of A early, we know that we under allocated them grass and will have to give them a bigger section in that area the next day.

“To sort that out in the 24 hours we can allocate them more grass in the next block, so we aren’t under feeding them in every block. It is a fairly flexible system,” Sean concluded. 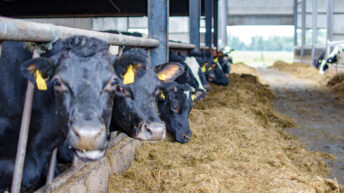