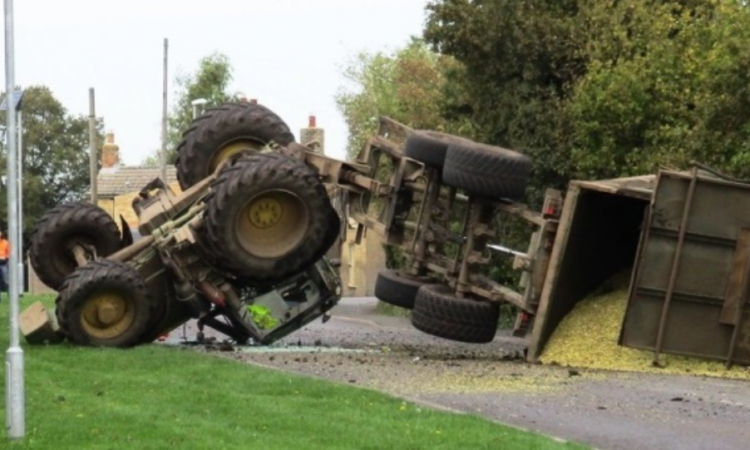 The driver of a John Deere tractor that was pulling a load of maize had a lucky escape yesterday, Tuesday, October 9, when the vehicle overturned on a road in East Cambridgeshire in the UK.

An article published on local publication ELY Standard noted that “no one was injured” in the incident that occurred in the village of Haddenham at approximately 10:45am yesterday.

Resident Gill Marchant told the publication: “The accident could have been much worse had it happened further along the road.”

She outlined: “There is a footpath next to it and goodness knows what would have happened if someone had been walking past.”

Following the incident, East Cambridgeshire Police took to Twitter to warn road users of the incident.

It outlined: “The A1123 between Wilburton and Haddenham is closed following an Road Traffic Collision [RTC].”

Meanwhile, in Ireland last month, a tractor drawing a load of bales on a trailer encountered difficulties in Co. Kildare on Thursday, September 27, when the trailer in question toppled over.

The incident occurred on the bridge in Kilcullen, Co. Kildare, with the road subsequently blocked off in both directions to allow for recovery.

After a period of approximately two hours, the road was cleared and reopened for the public, according to AA Roadwatch. 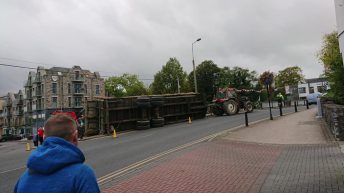