Looks or paper – how should I select my ram?

The breeding season on many sheep farms is fast approaching and ram choice can have a lasting impact on any flock – especially when ewe lambs are retained as replacements.

In recent years, more and more dairy farmers have selected bulls on the basis of information provided in sales catalogues; the majority of farmers have never actually viewed the sire of their future cows up close and personal.

This poses the question: could such a method of selecting sires, using paper only, be used to choose rams?

According to Sheep Ireland’s Eamon Wall, the simple answer is no.

“That will probably never happen in sheep; but there is a huge amount of potential to improve what we are doing by using genetic indexes,” the Sheep Ireland representative said.

Speaking at a recent Teagasc BETTER Farm Sheep Programme walk, Wall said: “We (Sheep Ireland) are not trying to change the way people purchase their rams.

“The advice that we give farmers, in terms of how they select a ram, is still the same advice that would have been given 20 or 30 years ago.

“You should still purchase your ram based on physical attributes and qualities; we don’t want people to turn away from that,” he said. 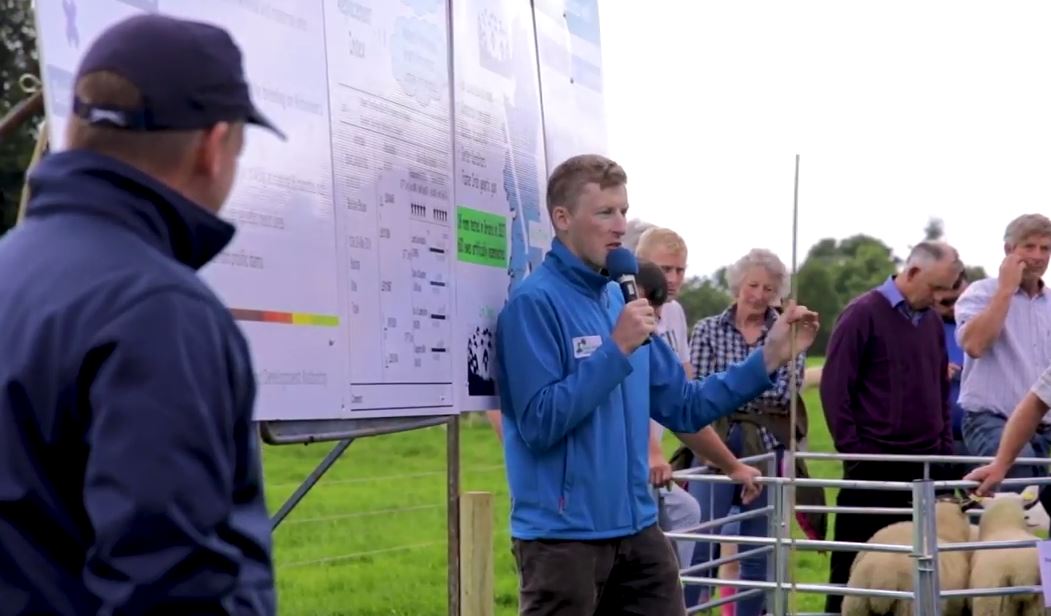 He added: “If a ram isn’t physically pleasing to you or he doesn’t tick all the boxes from a physical point of view – you are always going to be disappointed with that ram.

“This starting point is still the physical attributes of the ram. He has to look correct and be correct in terms of feet, mouth and testicles – all of those boxes have to ticked.”

However, he said, that farmers may be able to gain a production advantage through the use of Sheep Ireland’s Maternal and Terminal Euro-Star indexes.

The reality here in Ireland is that the vast majority of ewes are sired by terminal breeds; about 66% of the national flock are terminal breeds. That’s why our indexes are divided into a terminal and replacement index.

“For the terminal breeds, there is still the option for farmers to select within that breed for good maternal traits.

“These traits will hopefully give you more lambs on the ground; less lambing difficulty; and more milk in the daughters that you breed from those rams.

“Even though it is a terminal breed and their objectives is mainly meat characteristics, there is still good and bad maternal traits within each breed.

“If you mind is made up that you are using a Texel, Charollais, Suffolk or other breed, you can still use these indexes to get the maternal genetics within that breed,” he said.

On the accuracy figures of the Euro-Star ratings, Wall said that Sheep Ireland is still in the early stages of building the data it needs to allow farmers to buy on the indexes alone.

The accuracy figures are a long way from 90-100% and that’s we would like to get it to some day; but it’s going to take time to get it to that level

“If that accuracy is low, you have to take that into consideration when you are purchasing a ram on the indexes.”

At low accuracies, he said, there is a risk that the indexes will move as more information comes in from the database.

“That’s very frustrating for farmers, breeders and Sheep Ireland; but that’s just a reality of these low accuracies and that’s why people have to take serious consideration of these accuracy figures.

“Our advice to farmers is to use the indexes but be cognisant that the index of an individual ram can move,” he said.