A Russian classical pianist and mezzo soprano is keeping it country on a beef farm in Kilbeggan, Co. Westmeath.

Larissa Tormey left behind her career in Moscow to embrace rural living with her husband Christy, helping out on the family farm and butcher’s shop. She has gone on to make a name for herself on the Irish country music scene.

“Christy and I met in 2001, in Moscow, when he went there for a stag weekend,” she said. “I’m originally from central Russia, the Ural mountains region. I trained as a classical pianist and mezzo soprano.

“If you want to be a professional musician in Russia, you have to get a degree in music, and any degree there is based on classical music. But I always wanted to be a singer/songwriter. I started to write poetry, and then songs, when I was six years old.

“My parent were foresters, and I grew up in the middle of a pine forest. To get to the music school, I had to go the nearest village, and I went when I was six. My parents didn’t believe at first that I was serious about it, so for the first year at school, I didn’t have a piano.

So I drew a keyboard on a piece of paper, and had to practice on it for the first year. After I proved myself, my parents bought me a piano. I still remember how happy I was.

After finishing her degree, she became a professional singer/songwriter, and also had a vocal school for musically gifted children. She quickly became very popular in her area of Russia, and moved to Moscow to further her career.

She spent five years there, singing, touring around the country and teaching. “After spending three days with Christy in Moscow, he went home, and we kept in touch. He invited me to visit Ireland, and I arrived in May 2001 for a two-week holiday.

“The weather was amazing and Christy’s family received me very well, especially his lovely dad, who told me: ‘Don’t go back to Russia; stay with us.’ I went back, and then Christy flew to Russia to meet my parents and proposed. We were engaged.

“I arrived to Ireland in September, and we got married in September 2001, 16 years ago,” she said. “We were both married before. I brought my daughter here to Ireland in 2001. She grew up here and went on to Trinity College to study human genetics.” 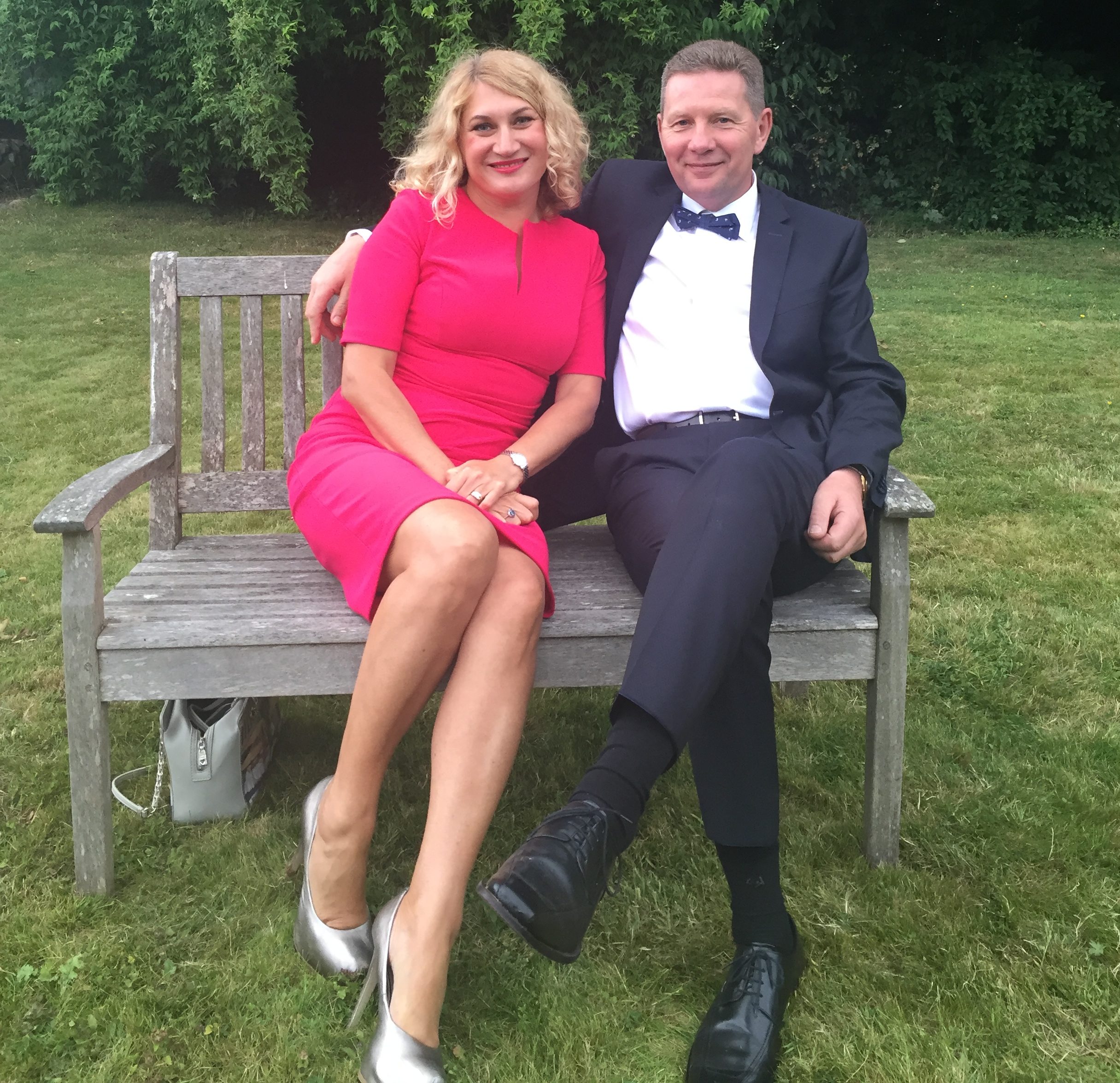 The original plan was to quit her music career completely and concentrate on her new life and the family’s large beef farm which supplies the butcher shop, CR Tormey, established by Christy’s father, Robin, in 1943.

“I had to learn so many things: to drive; to speak English; to cook Irish food; and to use the AGA [range].”

However, after about a year, she was invited to be a choir conductor in Tullamore College, and she started to sing again. Using her classical training, she sang in churches and at weddings.

“In 2014, after my mother tragically passed away, I decided that I had to come back fully to my music career. I released my first album ‘Perfect As I Am.’

“In November of that year, and a month later, I released a charity Christmas single, which was announced one of the six best Christmas singles by the Irish Independent. The song was dedicated to my late mother,” she said.

After the release of my first album, I started to gain a big following on social media, and many Irish radio DJs started to play my music. I noticed that many of my followers are big fans of country music.

“So when my Facebook friend, BG Pollock, pitched one of his country songs to me, I decided to give it a try. At the end of the day, I am a country girl now for many years.

“The song ‘Only a Woman’ which we released as a single, went to a ‘100 most downloaded country songs’ at iTunes in its first week of release. I took it as a sign, and continued to record and sing country music.”

On St Patrick’s Day, she released her second country album ‘God Loves a Trier.’ “Most of the songs are original, half I wrote myself. I included one cover ‘I’m Going to be a Country Girl Again’, which very much resonates with my life and love story.”

On May 17, she was invited to open the Hot Country TV Awards, and sang in the company of Big Tom, Margo and Nathan Carter.

“At the moment, I am recording a new album with covers of very popular country and folk songs. I was asked to do it by my fans, and it will be released later this year.”

Meanwhile, she has plenty to keep her busy on the family farm and in the business. “I do all the paperwork in both businesses. On the farm, I’m responsible for: the herd register; farm medications; sales; fertilisers; feeds; and safety.

Every year, for the past 10 years, I have got the quality assurance card after the Bord Bia audit on our farm.

“I herd with Christy and sometimes help him move the cattle, if needed. I’m not involved in any of the hard physical work on the farm but I’m generally very involved, and know what’s going on on the farm on an everyday basis.”

She is now happily settled in Ireland, and on the farm. “I love Ireland and especially the Irish people – the kindest in the world. It never was difficult to me to be here and settle down. Ireland is my second home for many years.

“Living on the farm transformed my life. I am surrounded by green fields and animals, and it is very easy to write my music in such a peaceful environment. I enjoy the versatility of my life and all the new skills I learned while living on the farm.

“I also think that country people are very nice, down-to-earth type of people, who will always help if you need it.”