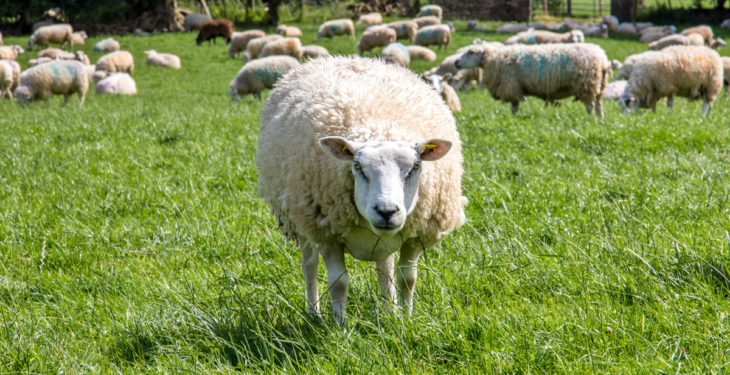 The Nicholson family has been a participant in the Teagasc BETTER Farm Sheep Programme since 2012. Since joining the programme, husband-and-wife team Brian and Alison have made drastic improvements to their business.

Along with almost doubling ewe numbers, the Nicholsons have also seen a two-fold increase in the quantity of grass produced on their farm and a 70% increase in gross margin generated per hectare.

Last week, Brian and Alison opened the gates of their farm to over 100 visitors to map their sheep farming expansion journey on their farm located in Johnstown, Co. Kilkenny.

As it stands, the Nicholsons farm 96ha – 237ac in ‘old money’ – and carry a mid-season lambing flock and a contract rearing enterprise of 60 dairy heifers.

The Nicholsons’ flock currently consists of 822 mature ewes and 303 replacement ewe lambs. The mature ewes lamb in three batches from February 20 and ewe lambs begin to give birth from March 1.

The 60 heifers arrived on the Co. Kilkenny holding in June and they graze alongside the sheep until autumn when the grass supply becomes limited to what is required by the sheep enterprise.

Kicking off the farm walk, Teagasc’s Frank Campion gave a run down of the targets set for the farm. The chief target is to reach a gross margin of €1,000/ha, he said, and this should be achieved this year.

However, to hit this target, the Nicholsons had to take a multifaceted approach and areas of improvement included: grassland management; breeding; and flock management.

One of the key areas that Brian and Alison have focused on to improve the profitability of their business is grassland management.

When the Nicholsons began in the programme, their farm was growing 7.5t/ha of grass. However, in the intervening years, this has almost doubled and they are on track to grow 14.5t/ha this year.

Last year, the Johnstown-based farm grew 13t/ha and, at the midpoint of this year, production was already 3t/ha higher than the corresponding period in 2016.

In addition, some of the best performing paddocks on the farm produced over 20t/ha last year. And, with a strong reseeding programme in place, the quantity and quality of grass produced is set to improve further in the coming years.

This puts the Nicholsons right up there with some of the country’s best grass-based dairy farmers in terms of grass growth. 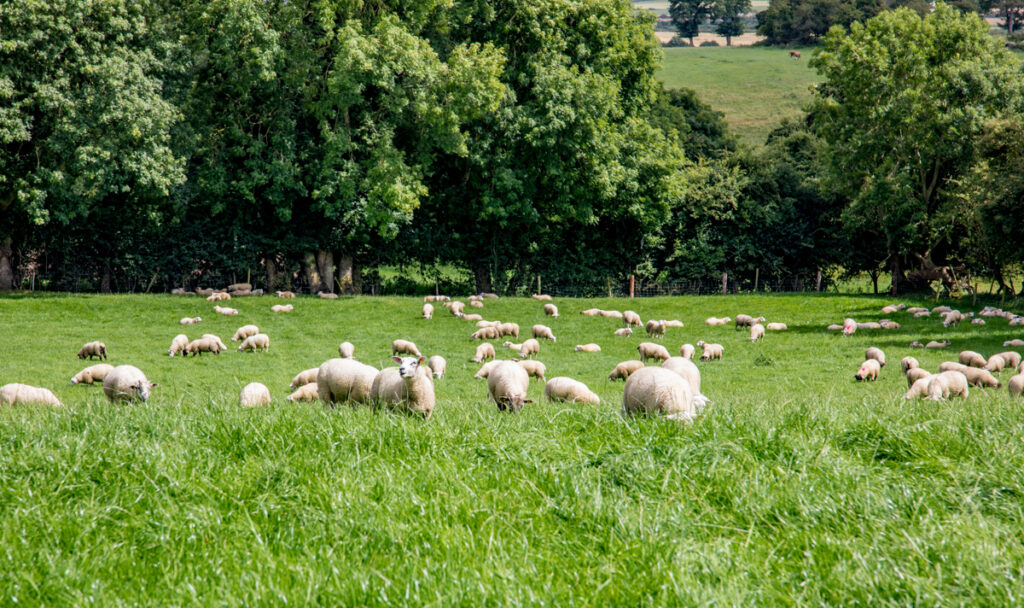 How are they growing so much grass?

The Nicholsons have focused on a number of areas to help increase the quantity of grass grown on their farm. These include: addressing soil fertility issues; increasing the number of grazing divisions; and implementing a reseeding plan.

Back in 2012, the husband-and-wife team increased the number of grazing divisions on their farm from 12 to 38 through the use of grant-aid from the TAMS scheme. The average size of the paddocks on the farm now stands at approximately 2.8ha.

Along with increasing the number of paddocks, temporary fences are also used to subdivide any of the larger paddocks on the farm to ensure that grass utilisation is maximised.

Another area of importance is soil fertility and three years ago Brian began to soil sample 33% of the farm on an annual basis.

This way he can use a targeted approach when spreading farmyard manure (FYM) to ensure that the phosphorous and potassium indices of the soil are maintained. Lime is also applied in accordance with the results generated from the soil tests. 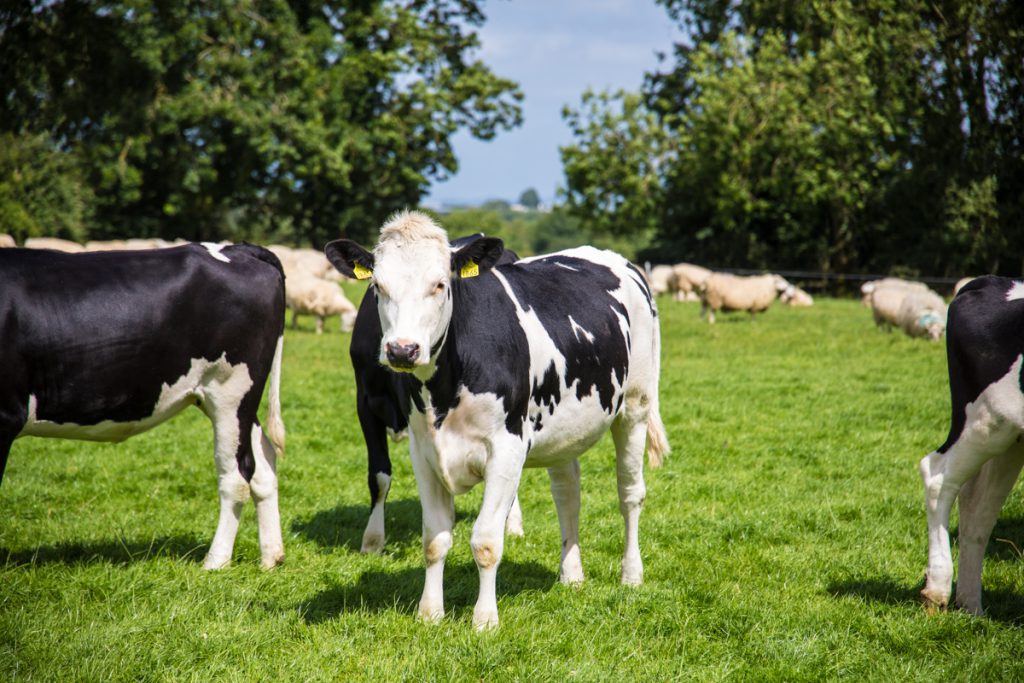 Last year, 110kg/ha of nitrogen (N) was spread to produce the 13t/ha of grass on the farm. As it stands, approximately 87kg/ha of N has been spread so far this year.

The use of technology, such as grass measuring, has been particularly useful for Brian Nicholson to identify surpluses or under-performing paddocks on the farm as grass growth is monitored on a weekly basis.

Brian said: “The more I measure grass, the more confident I became that it was actually working. I am not afraid to go in and take out surplus grass as silage, as I am now confident that I will have enough grass.

“Measuring and monitoring grass gives you that little bit more confidence to make those decisions once you get the hang of it.” 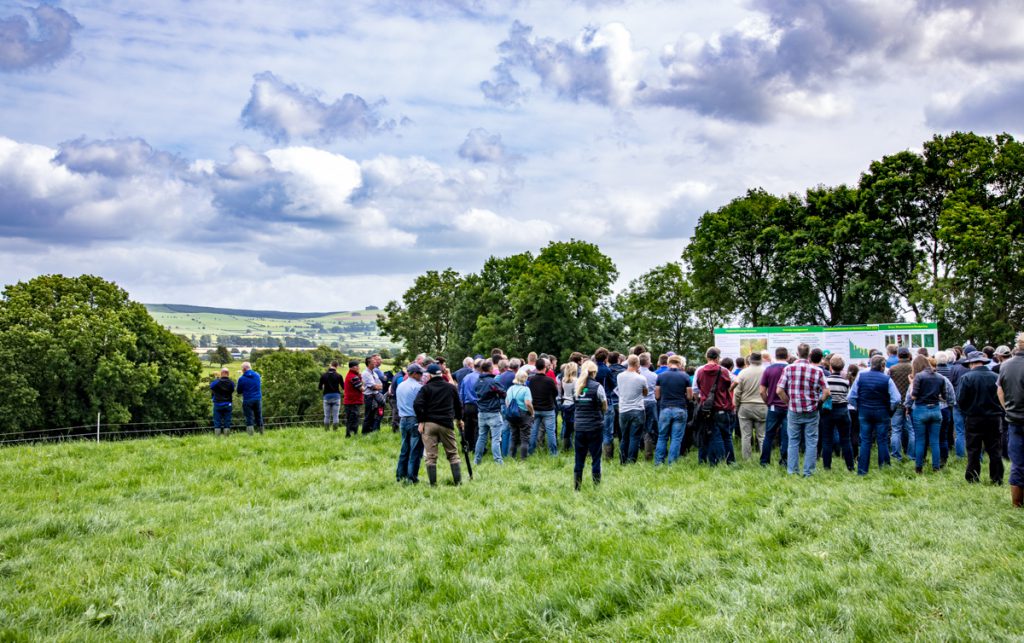 Along with operating a paddock grazing system, a leader-follower system is utilised on-farm to ensure that lambs have access to the best quality grass first.

Mature ewes on the farm are managed in 250-ewe groups and no supplementation is offered during the main grazing season as the Nicholsons aim to finish as many lambs as possible off grass. 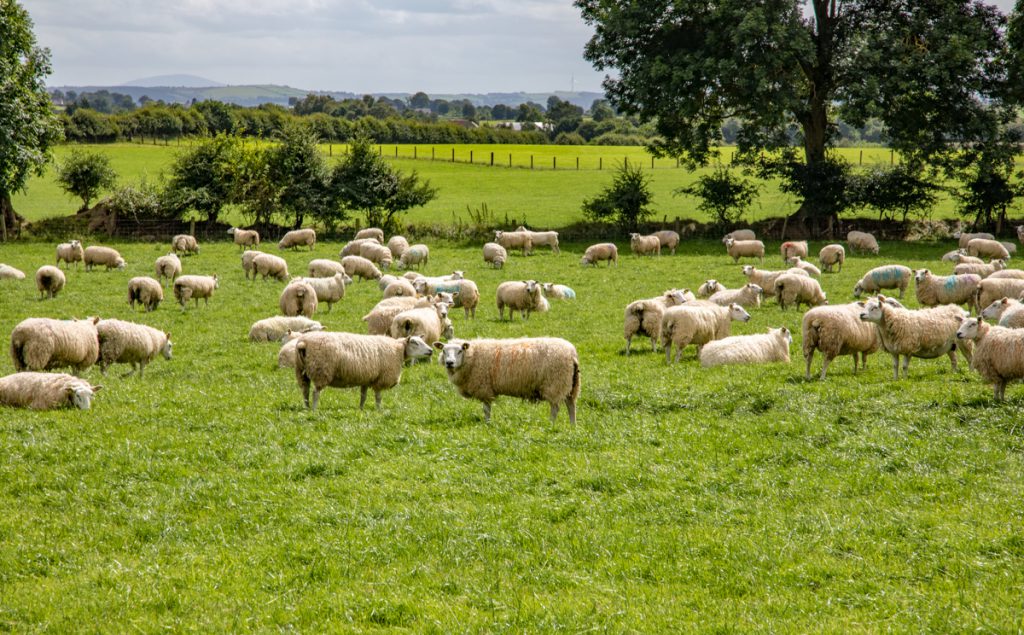 Post-weaning, under the leader-follower system, lambs are given preferential access to the best quality grass available in each paddock. After a few days, the lambs are then moved onto fresh pasture and the dry ewes are used to clean out the last remaining grass in the paddock.

This method of grazing ensures that the weight gains being achieved by the lambs are maximised and they don’t have to ‘work hard’ by grazing out stemmy, poorer-quality grass.

Prior to starting off in the programme, the Nicholsons had been buying mule-type ewe lambs to keep as replacements for their flock.

However, over the years, this has changed and their flock now consists of Belclare/Texel cross ewes bred by means of a reciprocal crossing of Belclare and Texel sires and dams.

The best-performing Texel ewes on the farm are mated with Belclare tups to breed replacements and the rest go with Texel sires to produce factory lambs.

Likewise, the best of the Belclare ewes are identified and mated to Texel sires with a high replacement index rating to produce future replacements for the flock.

This option was chosen to reduce the chances of bringing in diseases that could ultimately affect the bottom line of the business.

During the same period, their flock has grown considerably and it now consists of 822 mature ewes and 303 replacement ewe lambs.

On how he selects ewe lambs to become future replacements, Brian said: “I have been crossing Belclare rams with Texel ewes and Texel rams with Belclare ewes for the last number of years.

“Every year, at lambing, I put a management disk into the Belclare cross ewe lambs so that I can identify the maternal ewe lambs.

The ewe lambs without the disc are sired by terminal rams – the Texel crosses – and I will pick a selection of these from the best Belclare ewes every year.

“With the sheep being so similar as lambs, having the management disk makes it a little bit easier to select future replacements.”

In addition, Brian looks at each individual ewe lamb’s dam and her performance when selecting future replacements for the flock.

“Any ewes that cause problems during lambing are recorded on the hand-held system.

When we are selecting ewe lambs for breeding, we can go down through the records of their dams and identify any potential problems.

“For example, if a ewe or a group of ewes consistently produces lame lambs we will not keep her offspring,” he said. 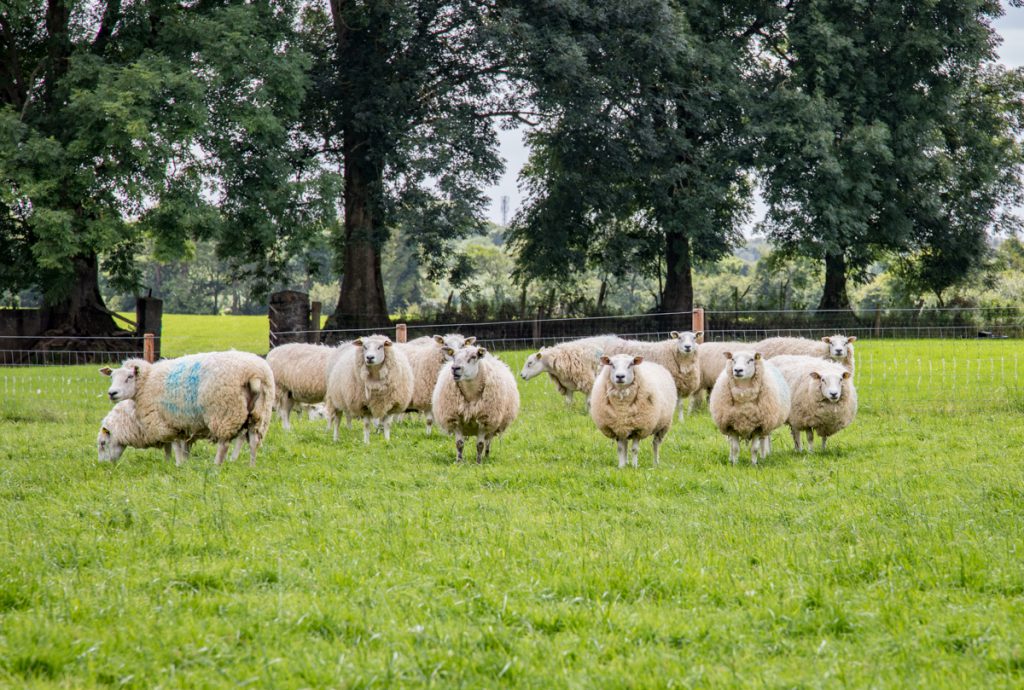 In addition to running a highly-prolific flock of mature ewes, the Nicholsons have also been breeding their ewe lambs for a number of years.

Brian explained that the decision was made to breed the ewe lambs “to help cover the cost of keeping them over the winter months”.

These ewe lambs are mated from November 1 and the rams remain with the flock for one breeding cycle only.

Last year, 304 ewe lambs were joined with easy-lambing Ile de France, Vendeen and Charollais tups. Of these, 74% were scanned in lamb carrying an average litter size of 1.55 lambs per ewe lamb joined.

In total, some 274 lambs were reared from the ewe lambs. That’s 0.9 lambs per ewe lamb joined to the ram.

The ewe lamb flock is managed as a separate flock from the mature ewes and is supplemented with concentrates during the first four weeks at grass.

The financial ‘nuts and bolts’

This increase has occurred due to a higher stocking rate, improved grass utilisation and an increased focus on managing costs across the farm. It is also hoped that the gross margin per hectare will climb to €1,000/ha this year.