When Covid-19 clampdowns led to the cancellations of one young boy’s birthday party, his family and neighbours stepped up to the plate to ensure an eighth birthday to remember – giving the child a tractor run in his honour.

Gearóid O’Sullivan, from Cooraclare, near Kilrush, Co. Clare, is “tractor mad” according to his father, Senan.

“Between Grassmen and Farm Simulator non-stop, he has a room floor with a full farm layout – the works,” Senan told AgriLand.

Gearóid’s parents wanted to do something special for his birthday, “as he is so good, especially when all he wanted was a go-cart and his friends over”, his father added.

However, with the toy shops closed and coronavirus restrictions meaning that these weren’t possible, the boy’s family and friends took action.

“A neighbour of ours did up an old go-cart into a new Holland,” Senan explained. Meanwhile, Gearóid’s uncle Colm came up with the idea of the tractor run. 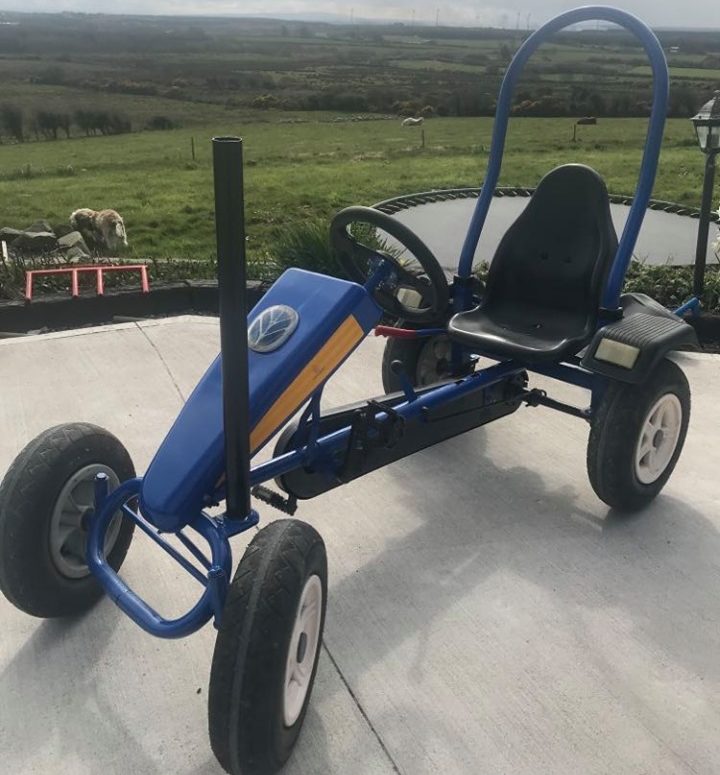 Senan made four phone calls to neighbours and friends – Colm Roche, John Considine, Eoin Reeves and Ian Ryan – and got a comprehensive response.

“All they said was ‘what time and where’ – and that’s how it all happened,” Senan, who also joined in the run, explained.

“The poor lad got so overwhelmed after he cried and said ‘I can’t believe that just happened’, as his sixth birthday was a farming-themed party.”

Far from having his big day ruined by the current unfortunate circumstances, the efforts of a small locality ensured that it was an extra special day for Gearóid.