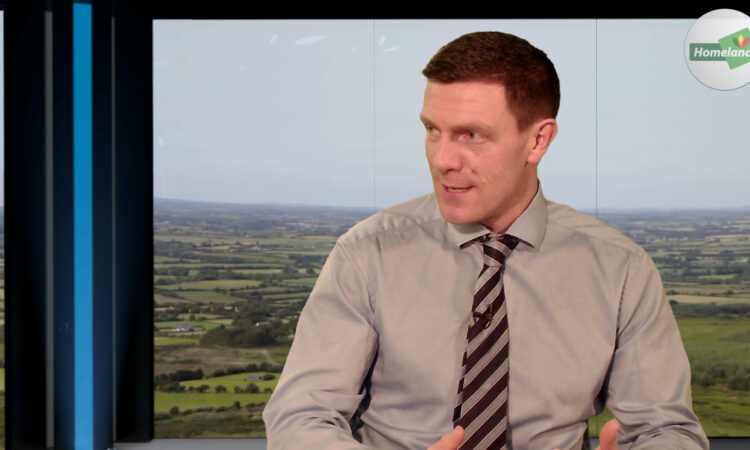 Bord Bia’s Joe Burke is “optimistic” that the North African country of Algeria could become a key market for Ireland’s live cattle exports next year.

Speaking tonight (Thursday, November 29), on episode 13 of FarmLand, the senior manager of meat at livestock at the Irish Food Board, highlighted the potential of the destination – particularly finished bulls and suckler-bred weanlings.

Although Algeria is a market that has technically opened for Irish cattle, no animals have been sent there yet.

We would be optimistic that Algeria will come on stream; it’s a market that imports up to 100,000 cattle every year.

“Even if we were to gain a reasonable market share out of that, we would be competing mainly with imports from France – which again they are dominant exporters but, the Algerian demand is strong for finished bulls.”

Although he outlined that a small number of issues regarding protocols still have to be “ironed out” between the Department of Agriculture and the Algerian veterinary counterparts, Burke stated that “Algeria is one that we could certainly see finished bulls going to in 2019”.

While other destinations in Europe for Irish cattle include: Italy; Poland; Germany; Greece; Hungary; Portugal; Romania; Slovakia; and the Czech Republic, Burke highlighted the opportunities of other non-EU destinations.

He pointed out opportunities to see higher numbers suckler-bred weanlings going into Algeria, plus to Tunisia and Morocco.

“In the likes of Morocco, previously we often exported up to 20,000 cattle in a year to Morocco – that is truck loads of cattle as opposed to boats – but hopefully that should then represent a viable market for us for suckler bred weanlings,” he said.

Live cattle exports up until October 14 this year were running approximately 49,105 head or 30% higher than in the corresponding period in 2017, data from Bord Bia indicates.

While this is a significant increase on 2017 levels, the biggest contributor to this growth was the number of calves – originating from the dairy herd – that were shipped to European countries.

A recent outlook report from the European Commission outlined that EU live exports are expected to weaken significantly in the second half of 2018; restricting growth for the year to 1.5%.

This is due to this year’s Turkey lira crisis and expected competition from other exporters, such as Uruguay and Brazil.

The collapse of the Turkish lira fuelled by a diplomatic rift between the President of Turkey, Tayyip Erdogan, and the President of the United States, Donald Trump, dampened hopes of a roaring trade with the middle eastern country.

As a result 8,066 fewer weanlings and 330 fewer stores were exported from Turkey. However, 1,556 head more finished cattle were shipped to the country; this leaves total exports to the middle eastern country at 12,870 head compared to 19,735 head in 2017.

However, EU live exports are expected to stabilise in 2019.

“In 2017 almost 33,000 weanlings or good quality Irish cattle were sent into the Turkish market. In fact, we visited Izmir in Turkey at the beginning of this year with Minister for Agriculture, Food and the Marine, Michael Creed, where we attended a livestock trade fair and met with many buyers.

At that time there was great optimism that our exports were going to increase significantly. At that time we had exported almost 14,000 cattle into the market and unfortunately we haven’t done any further activity since then.

“It’s just down to the economic and political situation over there; that hasn’t lent itself to much imports, in fact, overall import activity has been down and it’s not just Ireland that has seen less demand,” said Burke.

In line with the recovery of the lira currency situation in recent months, Burke stated that Irish exporters have been talking to existing buyers.

“When we started doing business at the start it was around 3.5 Turkish lira to the euro – at that level it would look very attractive again,” he said.

Earlier this week, news emerged that a boatload of bulls will leave Ireland bound for Libya in approximately two weeks.

The consignment of bulls – Friesians, Aberdeen Angus, Hereford and continentals – has been organised by Cork-based exporting company, Curzon Livestock.

The bulls – weighing between 400kg and 460kg – will be shipped via a livestock-carrying vessel which will be loaded with approximately 1,750 bulls. The consignment will set sail from Co. Cork.

Reacting to the development, Burke said: “The likes of Libya, where we have sent 4,500 Irish cattle so far this year, mainly represents a market for plainer cattle – again coming from the dairy herd, particularly bulls.

The Libya veterinary authorities visited Ireland earlier this year and reviewed our veterinary certificates – opening it up more too so that potentially we could see exports of breeding cattle, and of steers as well as bulls.

“There should be more potential there with another two boat loads of mainly cattle going there for slaughter purposes; it hopefully should introduce much needed competition at the moment when prices are at a seasonal low point,” he said. 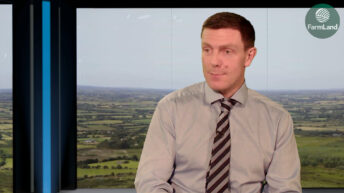 ‘Export buyers will shy away from lesser-quality calves’