Link between badgers and deer with bovine TB explained

The link between certain species of wildlife and bovine TB has been explained by a senior superintending veterinary inspector at a farmer meeting in Co. Monaghan.

The Department of Agriculture’s senior superintending veterinary inspector, Ruminant Animal Health division, Eoin Ryan, has said: “Deer can be infected with bovine TB and they can pass infection onto cattle.

“However, outside Co. Wicklow, there isn’t any evidence that deer play a significant role in spreading TB.” 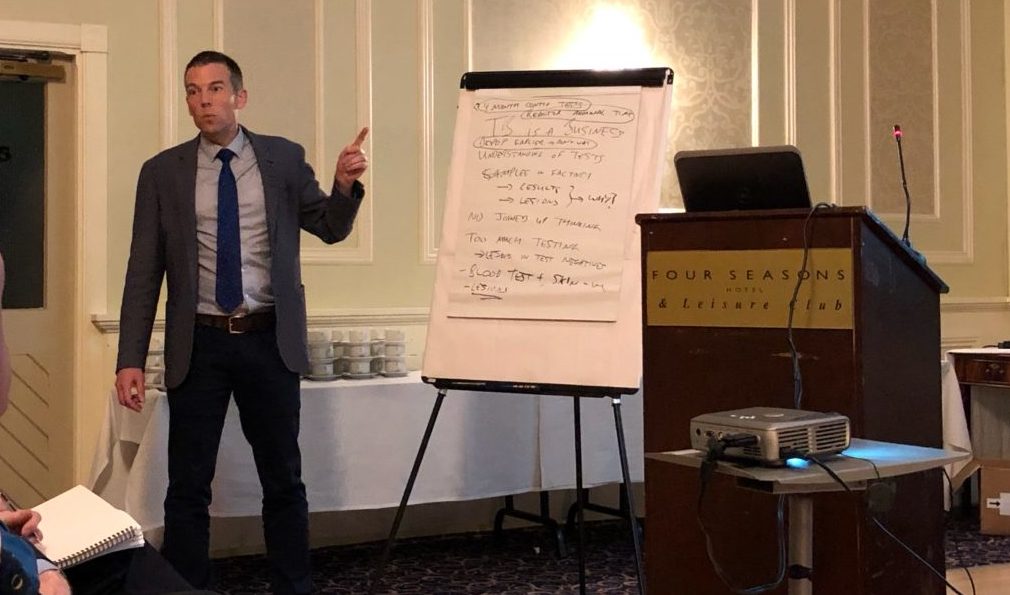 Speaking at a meeting taking place tonight, Wednesday, May 8, at The Four Seasons Hotel, Co. Monaghan, Ryan added: “In Co. Wicklow, the research shows the same strains of TB are circulating in cattle, deer and badgers.”

The meeting was focused on concerns surrounding TB and was hosted by the Irish Cattle and Sheep Farmers’ Association (ICSA).

Continuing, Ryan outlined that when the Department of Agriculture test deer for TB, “firstly none of them have it”.

We have only tested three positives in the last year and a half out of a total 73 deer tested.

“That’s not to say it never happens. It’s just to say it doesn’t happen to a significant level,” he clarified.

“It is entirely possible that there are incidents where infected deer passed on infection to cattle but it’s certainly not one of the main causes of cattle TB.”

He added that the Department of Agriculture “is happy to test deer for TB” on behalf of farmers free of charge.

Pat Rooney from the Department of Agriculture, Food and the Marine explained: “We have been culling badgers since 2002 in Co. Monaghan.”

He believes the link between badgers and TB is “a density issue”.

When we have a high level of badgers and a high number of cattle in an area, the disease seems to spread to cattle.

Concluding, he expressed optimism that the vaccination programme of badgers “will work”.

ICSA to host meeting in Monaghan amidst mounting TB concerns